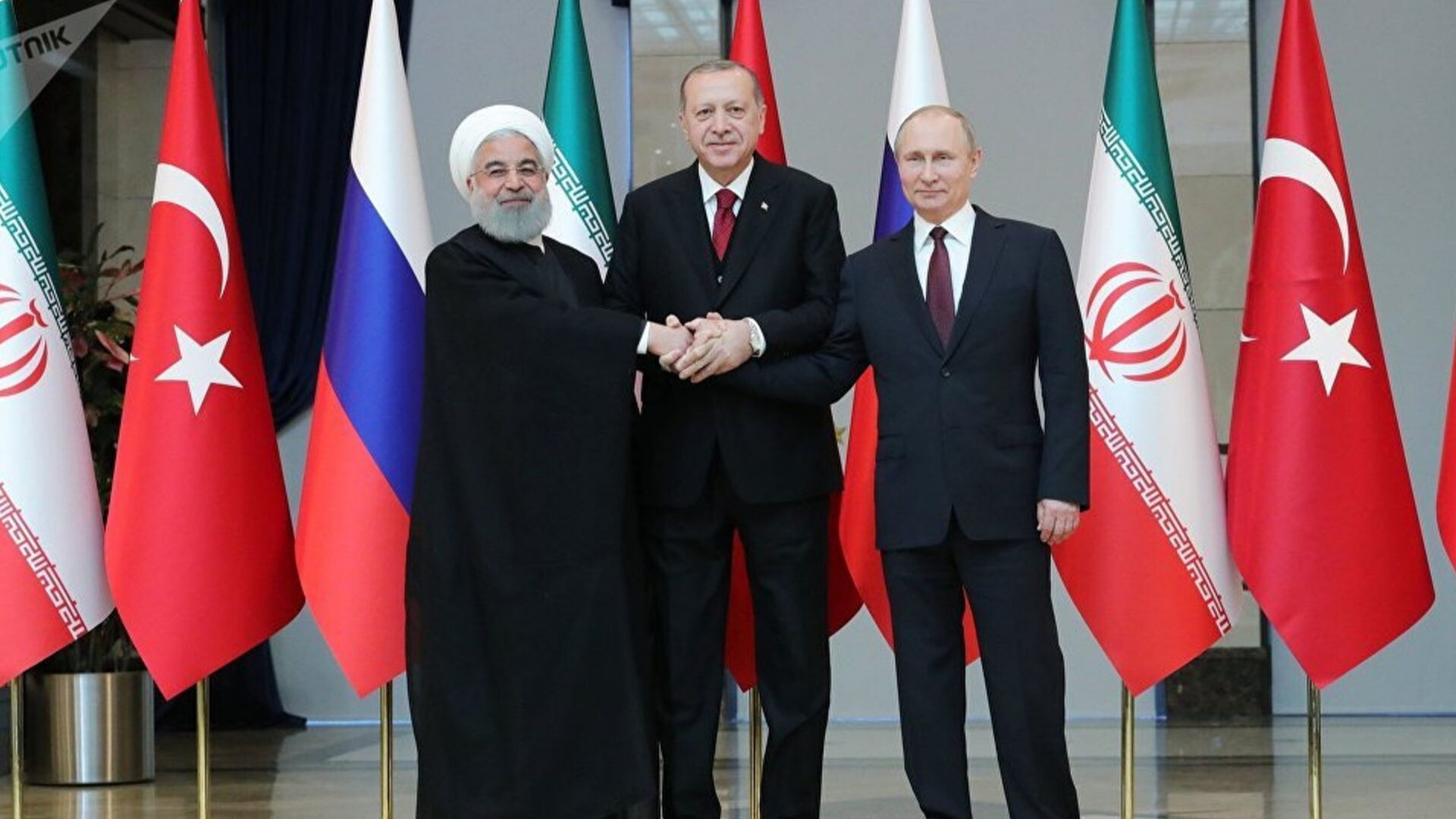 A new alliance of Turkey, Iran and Russia?

It appears there is a possibility of a new alliance forming between Iran, Turkey and Russia, as all 3 have a common goal of reducing the US’s sphere of influence, as well as the more visible aim of containing the US-backed Kurds in Syria. In fact, it appears Turkey is already showing its aid to Iran in open protest to the US, ignoring its sanctions to continue trade. The U.S. Treasury’s Office of Foreign Assets Control (OFAC) launched an investigation into the Istanbul-based Palmali Shipping for violating the U.S. embargo against Iran and Syria. Recep Canpolat of Deniz Haber said port clearance documents from Bandar Abbas on Iran’s Gulf coast showed that one of the vessels, the Agdash, departed from the port in March, before heading to the port of Fujairah in the United Arab Emirates. If true, this could be a snippet of what is to come between Turkey and the US’s conflict with Iran.  Turkish, Russian, and Iranian leaders released a joint statement regarding the situation in Syria in a trilateral summit organised in the Kazakh capital of Astana on Aug. 2. The 13th round of meetings on Syria was focused on the situation in Idlib, the last rebel-held enclave in Syria, and northern Syria controlled by U.S.-backed Kurdish forces, as well as the situation in northern Syria, where Kurdish-led autonomous areas are under threat of Turkish attack. The US should be concerned as its interests in Syria are facing a large threat if the talks proceed.

Recep Tayyip Erdogan, Vladimir Putin and Hassan Rouhani are expected to hold one-on-one meetings before Monday’s summit on the Syrian conflict, their fifth since 2017. Later, they will speak to reporters at a closing news conference with a view to presenting a joint declaration. While Iran and Russia have been staunch supporters of Syrian President Bashar al-Assad, helping him regain control of most of the territory lost in the long-running war, Turkey has supported different rebel factions. This has long been a source of tensions between the 2 parties, and an obstacle that clouded the strengthening of ties into a formal alliance. On Monday, the three leaders said in a joint statement that they were alarmed about the risk of further deterioration of the humanitarian situation in and around Idlib and had agreed to take “concrete steps” to stop violations of previously negotiated agreements between the three countries.“We are in a period when we need to take more responsibility for peace in Syria, when we (three countries) need to carry more weight,” Turkey’s Tayyip Erdogan said, adding that all three leaders were in agreement that a political solution was necessary to end the crisis in Syria. This is a positive sign that gives hope for the alliance to form soon.

Syria an obstacle that will be hard to overcome

Despite the positive signs, glaring issues remain in Syria, and the issue of conflicting interests is still a long way from being resolved. Disagreements appeared to persist, in particular over the threat in Syria from Islamic State, which Erdogan dismissed completely while Putin expressed concern. “Of course, we are worried by the situation in northeast of Syria, where sleeping cells of ISIS are emerging,” Putin told a joint news conference, minutes after Erdogan said that the only threat in northern Syria was from Kurdish militant groups. Turkey has 12 observation posts in Idlib to enforce a buffer zone agreement struck a year ago with Russia to prevent a full-scale Syrian offensive and to quell fears of a humanitarian catastrophe. But the posts look increasingly threatened, with one of them cut off from the rest of Idlib when Syrian forces advanced last month. Despite the recent positive progress, there is still a long way to go for the obstacle of the Syrian conflict to be overcome.