Following a decrease of 0.1% in the third quarter of 2018, Italy’s economy contracted of 0.2% in the final quarter of the same year. As such, Italy is now officially in technical recession; just when it seemed to be recovering from the effects of the debt crisis. This has sparked an intense political debate and has cast doubts over its economic prospects. But what does this actually mean for Italy and the EU?

The news that Italy has entered into technical recession have immediately triggered a mutual-blaming quarrel between political forces. The governing coalition formed by the Five Star Movement and the League attributed the fault to the former ruler, the Democratic Party; who, on its part, accuses the economic policies of the current executive.

In reality, the situation is way more complex, and the responsibility cannot be ascribed to a single reason. As in all economic issues, there are multiple factors in place whose interplay determines the growth on a given period; therefore, it is difficult to clearly find out who or what is responsible. Economic performance is a long-term issue. Amazon’s CEO Jeff Bezos once said that “if we have a good quarter it’s because of the work we did three, four, and five years ago. It’s not because we did a good job this quarter”. His sentence does also apply to states. So, part of the responsibility can be imputed to the previous governments who, in spite of having managed to reassure the markets and bring Italy back on the path to a limited growth, failed to reduce the country’s huge debt. But it is equally true that the current executive, in power since June 2018, has raised the concerns of investors with the economic policies it has implemented or proposed.

First, it attempted to adopt an expansionary fiscal policy to boost growth by increasing public expenditures. However, this alarmed the EU Commission: even though Italy’s budgetary plan did not break the Union’s rules, it was still considered too risky as it would have caused a fiscal deficit and increased the already enormous public debt. This resulted in a standoff that was ultimately solved when the Italian government partially backed down and reduced the planned spending. Yet, the episode caused stress on the financial markets and harmed trust among investors. Another controversial topic in the economic policy of the incumbent government is the introduction of a basic income for unemployed people: it would increase public spending, but its future benefits are dubious.

Apart from the policies of this government or the previous ones, there are many other external factors that the executive cannot control and that probably have had a more important impact on Italy’s economic performance. The country’s GDP contractions comes amid a global slowdown. The growth of the EU as a whole has been limited to 0.3% in the final quarter of 2018. There are some issues on trade as well. China, the world’s second-largest economy and a non-negligible export destination for Italy, is also growing at a slower pace than before. Problems exist also with another and more important trading partner: the United States. President Trump’s protectionist policies have surely had a negative impact on the EU and on Italy. At the end of May 2018 the US imposed 25% tariffs on steel and 10% ones on aluminium. In 2016, Italian metal exports to the US were worth almost 2 billion dollars. This is not an impressive figure, but more important industries could soon be hit and this eventuality could have had an impact. Trump is threatening to put tariffs on cars, that always in 2016 represented 9.5% of total Italian exports to America for a total value of more than four billion dollars. Again, this is not an extraordinary amount, but the spill-over effects on related industries should also be considered. The EU is trying to reach a deal on trade with the Trump administration, also by menacing to impose counter-tariffs wort 23 billion dollars on US products, but in case it fails Italy will surely be negatively affected. The looming possibility of a no-deal Brexit in recent months might also have had a role. The UK is a more important destination for Italian export than China and the US, and the prospect of a no-deal scenario may have had an impact, even though it is still too early to evaluate this. But the most important point probably concerns energy supplies. Italy is dependent on petroleum imports, and the price of oil surged in 2018 to reach the climax at the beginning of October, thus covering much of the period in which the Italian economy has contracted. The price went down since then, and the effects will probably be felt in the coming months.

These are only some of the numerous factors that may have determined Italy’s recession in the second half of 2018. What is important to understand is that the issue is very complex and easy explanations are not effective indicators of the reasons behind the GDP contraction. But what about the future prospects for Italy? Will it leave the Eurozone?

A prelude to leaving the Euro?

Since the debt crisis of 2011 and the subsequent austerity policies, Euroscepticism has become common in Italy’s political discourse. EU institutions were criticized and perceived as technocrats at the service of financial interests, and some even advocated for Italy to abandon the EU or at least the Euro. The most recent recession, albeit marginal by now, might reopen the debate, especially if it were to continue. After all, the two ruling parties were among the most vocal anti-Euro political forces, even though they took more moderate positions later on.

This is a political choice that Italy will have to make, but it will have of course major economic implications. According to the optimum currency area theory, it is economically beneficial to have a single currency in case the region is strongly integrated by intense trade exchanges and a great mobility of production factors. So, a country evaluating whether to enter or leave a common currency area should assess its degree of economic integration with other participants. As a matter of fact, the higher the level of integration, the greater are the benefit and the lowest are the costs of renouncing to monetary sovereignty to have a single currency. For what concerns the benefits, the main advantage of a common currency is to eliminate transaction costs due to exchange and interest rates and their variation. If the economies are closely intertwined with an elevated trade volume and a strong mobility of workers and productive factors, having different currencies brings very high costs that partly eliminate the gains of trade; and adopting a single currency removes these costs. But having a common currency also brings its own costs, because it makes it impossible for states to use monetary policy to counter asymmetric economic shocks, namely recessions that hit only that country but not others. If it has its own currency whose value can freely float, its automatic depreciation will boost export and counter the economic slowdown. But if it has renounced to its monetary sovereignty by adopting a common currency like the Euro, this mechanism is impossible. However, a high degree of economic integration minimizes this inconvenience, as it also allows to reduce the recession’s effects. If the country’s economy is closely intertwined with that of its fellow partners, the diminution of the price of its products will encourage others to buy them, thus increasing its exports. Similarly, if there is a high mobility of workers, then jobless people will be able to emigrate to other countries thus re-equilibrating the domestic labour market. In short, if the economies are strongly integrated, the benefits of having a single currency are high and the costs are low; so, it is wise to adopt the common currency. Now, is it the case of Italy?

For what concerns trade, in 2016 Italy’s exports to Eurozone alone was worth 192 billion dollars, over a total amounting to 450 billion. In the same year, its imports from other Eurozone countries amounted to 207 billion on a total of 397. This shows the importance of its exchanges with the other countries using the Euro. Moreover, its economy is also integrated with the Eurozone via mutual investments, expats, joint-ventures, services and others. If it abandoned the Euro, then it would lose all the advantages of having the same currency as its main economic partners. In addition, if it came back to the lira it would have to face the short-term shock. The currency would rapidly depreciate, and while it is true that this would boost export, it would also bring back consistent transaction costs. Moreover, inflation would erode the people’s purchasing power and there would be deep consequences on its debt with soaring spread and strong difficulties to obtain new loans. The situation would surely stabilize with time, but all in all, this does not seem to be an economically-convenient move for Italy.

The fact that Italy has entered in technical recession is surely no good news for it and the EU. Blaming each other at the political level will not solve the issue, also because there are many factors at play and responsibility cannot be fully attributed to anyone. Much will depend on future economic developments; but the contraction is limited by now and, in spite of the Eurosceptic positions of the current government, there is nothing that indicates that Italy will leave the Eurozone anytime soon. 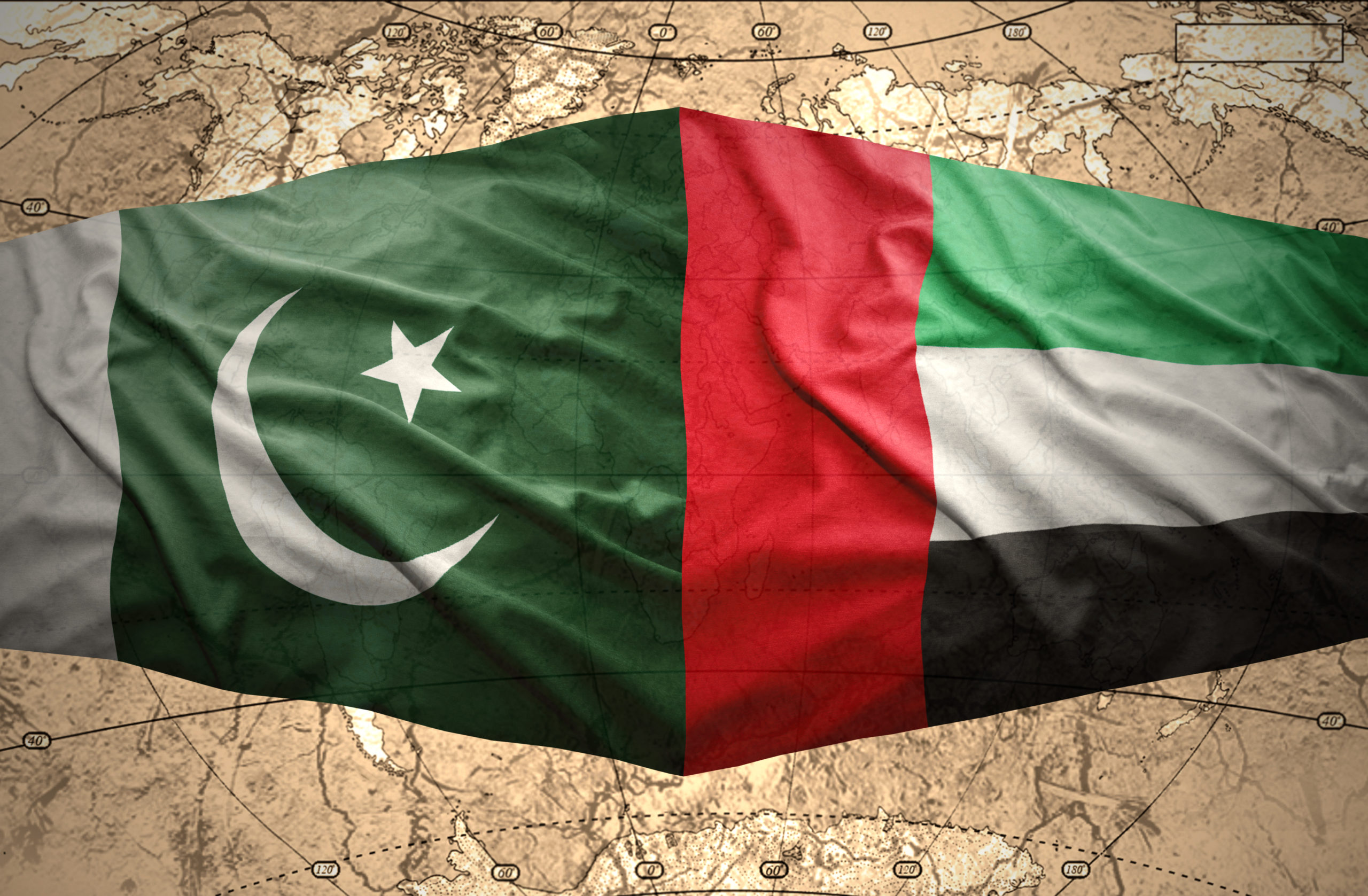 Should Pakistan and the UAE be cautious...