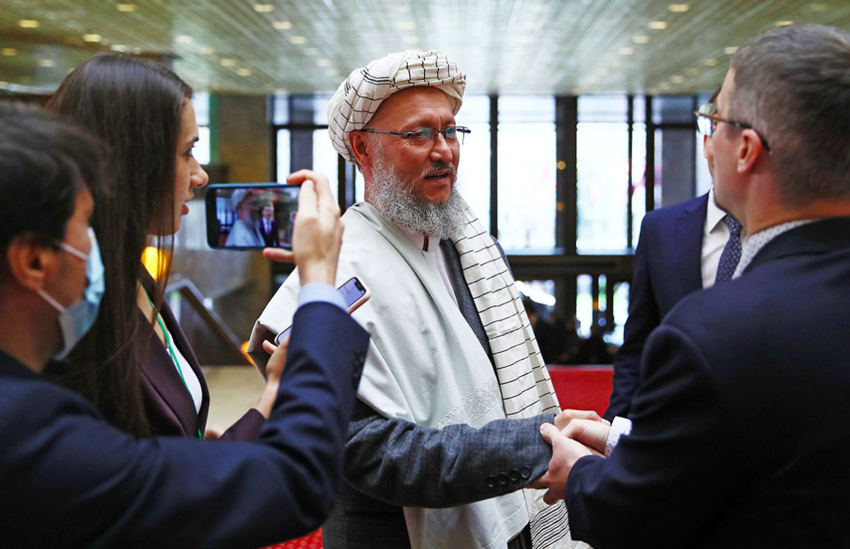 Possibility of US aid to Afghanistan

The U.S. has agreed to provide humanitarian aid to a desperately poor Afghanistan on the brink of an economic disaster, while refusing to give political recognition to the country’s new Taliban rulers, the Taliban said Sunday.

The statement came at the end of the first direct talks between the former foes since the chaotic withdrawal of U.S. troops at the end of August.

The U.S. statement was less definitive, saying only that the two sides “discussed the United States’ provision of robust humanitarian assistance, directly to the Afghan people.”

The Taliban said the talks held in Doha, Qatar, “went well,” with Washington freeing up humanitarian aid to Afghanistan after agreeing not to link such assistance to formal recognition of the Taliban.

The United States made it clear that the talks were in no way a preamble to recognition of the Taliban, who swept into power Aug. 15 after the U.S.-allied government collapsed.

State Department spokesman Ned Price called the discussions “candid and professional,” with the U.S. side reiterating that the Taliban will be judged on their actions, not only their words.

“The U.S. delegation focused on security and terrorism concerns and safe passage for U.S. citizens, other foreign nationals and our Afghan partners, as well as on human rights, including the meaningful participation of women and girls in all aspects of Afghan society,” he said in a statement.

During the meeting, US officials were expected to press the Taliban to allow Americans and others to leave Afghanistan. In its statement, the Taliban said without elaborating that it would “facilitate principled movement of foreign nationals”.

The Biden administration has fielded questions and complaints about the slow pace of U.S.-facilitated evacuations from Taliban-ruled Afghanistan since the U.S. withdrawal.

State Department spokesman Ned Price said Thursday that 105 U.S. citizens and 95 green card holders had left since then on flights facilitated by the U.S. That number had not changed for more than a week.

U.S. veterans and other individuals have helped others leave the country on charter flights, and some Americans and others have gotten out across land borders.

Hundreds of other foreign nationals and Afghans have also left on recent flights.

Dozens of American citizens are still seeking to get out, according to the State Department, along with thousands of green-card holders and Afghans and family members believed eligible for U.S. visas. U.S. officials have cited the difficulty of verifying flight manifests without any American officials on the ground in Afghanistan to help, along with other hold-ups.

It is therefore likely that the US is using aid to the Taliban to facilitate the latter’s cooperation with the US in evacuating the remaining US citizens in Afghanistan, which the US believes has been lacking up to now.

Russia’s increasingly active role in Afghanistan since the Taliban takeover, as well as the possibility of increased Chinese influence in the country, could also have incentivized the US to maintain communication and a level of ties with the Taliban, through the means of aid. It is indeed possible that the US, when seeing its rivals moves in Afghanistan would not want to completely lose a grip hold on the situation in the country.

Russia has called on the Taliban to form a government that includes all ethnic groups and political forces in Afghanistan, as the group attended a round of talks in Moscow.

Foreign Minister Sergey Lavrov told Wednesday’s conference in Moscow that the Kremlin recognises the Taliban’s “efforts” to try and stabilise the situation in Afghanistan since taking power in mid-August.

“A new administration is in power now,” Lavrov told the gathering. “We note their efforts to stabilise the military and political situation and set up work of the state apparatus.”

But he urged the group to now assemble an administration “reflecting the interests of not only all ethnic groups but all political forces” in Afghanistan in order to achieve a stable peace in the country.

Officials from 10 countries, including China and Pakistan, are participating in the conference. Representatives from India, Iran, Kazakhstan, Kyrgyzstan, Tajikistan, Turkmenistan and Uzbekistan are also attending.

The talks mark one of the Taliban’s most significant international meetings since it assumed control of Afghanistan and underline Moscow’s clout.

Lavrov said Moscow regretted the absence of the United States at the conference. Washington earlier said it would not join this round of talks due to technical reasons but planned to attend future discussions.

The Taliban delegation was headed by Deputy Prime Minister Abdul Salam Hanafi, a senior figure in the new Afghan leadership who led talks with the European Union and the US last week.

Adopting a cautious approach, Moscow has also made clear it is not yet ready to recognise the Taliban government. Nevertheless, it remains active in relation to the Taliban and the Afghan situation.

Moscow has reached out to the Taliban and hosted its representatives in Moscow several times in recent years, even though the Taliban is a designated terrorist organisation in Russia.

Meanwhile, China has, even before the Taliban took power, ensured that its role would grow in importance in Afghanistan under Taliban rule.

Chinese Foreign Minister Wang Yi met with a top-level Taliban delegation in Tianjin on 28 July. He labelled the Taliban ‘a pivotal military and political force’ and urged them to make a clean break with all militant organisations including the East Turkestan Islamic Movement (ETIM). In a phone call with US Secretary of State Antony Blinken — made shortly after Beijing confirmed its Kabul embassy is operating safely under Taliban rule — Wang even appealed for the international community to engage with the Taliban and ‘positively guide them’.

This recent pragmatic and less interventionist policy towards the Taliban was forced upon China by new realities on the ground, including several threats that loom after the US withdrawal.

China has significant economic investments and ambitions in the region, including the Amu Darya Oil Project, the Mes Aynak copper mine, and massive trade and infrastructure projects across the Eurasian landmass including an intention to expand the China–Pakistan Economic Corridor to Afghanistan. All of this is very much dependent on Afghanistan’s stability and China’s relationship with the Taliban.

Maintaining regional stability and securing Afghanistan’s borders is a major concern for China. It reasonably fears a spillover effect from the Taliban’s success to other militant groups in the region. The Taliban’s rapid advance in Afghanistan gave it control of strategic border crossings with Tajikistan, Uzbekistan, Iran, Pakistan and, crucially, the Wakhan Corridor bordering China.

At a special G20 summit on Tuesday to discuss Afghan issues, China called for joint and swift efforts to help Afghanistan avoid looming crises and urged countries that have caused the current predicament in Afghanistan to learn the lessons and assume their responsibilities.

“Today’s Afghanistan is at the crossroads of the rise and fall of governance, and there is still a long way to go to achieve peace and stability,” Wang said at the meeting.

The US is certainly aware of Russia and China’s attempts to find opportunities of cooperation with Afghanistan, and as the strategic importance of Afghanistan does not change, it is unlikely that the US foreign policy experts would advocate US inactivity as its two rival superpowers gain strategic strength in the Middle East.