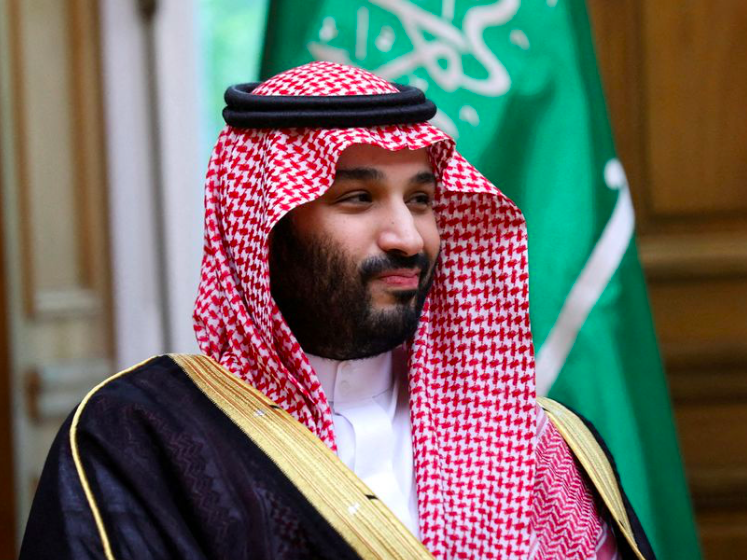 Saudi Arabia to send $400 million in aid to Ukraine

The crown prince expressed the kingdom’s readiness to continue efforts of mediation and support everything that contributes to de-escalation, SPA added.

The prince emphasised “the Kingdom’s position of supporting everything that will contribute to de-escalation, and the Kingdom’s readiness to continue the efforts of mediation,” SPA reported.

Zelenskyy thanked the prince and the Saudi government for the assistance as well as the prisoner exchange between Russia and Ukraine. “Spoke to Crown Prince of Saudi Arabia Mohammed Bin Salman,” tweeted the Ukrainian president. “We agreed to interact in the release of prisoners of war. We agreed on the provision of macro-financial aid to Ukraine.”

The Ukrainian leader also thanked the prince for supporting Ukraine’s territorial integrity during a recent UN General Assembly discussion on a resolution to condemn Russia’s attempts to annex four regions of Ukraine. The resolution was passed overwhelmingly.

Riyadh’s pledge to Kyiv comes as its relationship with Washington is under a lot of strain. Pressure is mounting on US President Joe Biden to reassess America’s historical alliance with the Gulf Kingdom following the recent decision by the Saudi-led Organisation of the Petroleum Exporting Countries (OPEC+) to cut oil production.

Biden described Saudi Arabia’s decision to cut oil production as a “hostile act” against America’s energy security. Riyadh rejected Washington’s accusations, stressing that the Kingdom is not “taking sides in any international conflict.” According to Washington, the cuts undermine the West’s plans to impose a cap on the price of Russian oil exports and enable Moscow to circumvent sanctions.

There is speculation that the aid pledge to Kyiv is intended to appease Western outrage over the cut in oil production, which is due to take effect next month.

Saudi Arabia would “like to express its total rejection of these statements that are not based on facts and which are based on portraying the OPEC+ decision out of its economic context”, it added.

The kingdom insisted decisions by OPEC and its allies, known as OPEC+, were taken “purely on economic considerations” and its economic advice had been to resist calls to delay the production cut.

Saudi Arabian Defense Minister Prince Khalid bin Salman said on Sunday that he is astonished by accusations that the Kingdom is siding with Russia in its war with Ukraine.

Retweeting a Twitter post by Ukrainian President Volodymyr Zelensky thanking Crown Prince Mohammed bin Salman for supporting Ukraine’s territorial integrity and announcing Saudi aid to the country, Prince Khalid said it was telling that “these false accusations did not come from the Ukrainian government.”

The minister said that some were accusing the Kingdom of standing with Russia despite the fact that the decision taken by OPEC+ on Oct.5 to cut production by 2 million barrels per day was unanimous and “due to purely economic reasons.”

“Iran is also a member of OPEC, does this mean that the Kingdom is standing with Iran as well?” the minister asked.

Despite this, the Saudis have been trying to build relations with China and Russia and in the region.

In recent years Saudi Arabia has adopted a more independent foreign policy, enhancing ties with Russia, and reducing geopolitical dependence on the US, opting for stronger ties with the East and its regional partners.

The Kingdom’s role as a mediator

Saudi Arabia is trying to use its growing ties with Russia to establish itself as a mediator in the conflict with Ukraine. Saudi Arabia’s image as a mediator and could help increase its attractiveness for foreign investment, as mediation often signifies stability and pushes away geopolitical and economic shocks, at least in theory. The aid package to Ukraine could thus be a part of this effort.

Last month, Saudi Arabia and Turkiye helped to mediate the largest prisoner exchange deal between Russia and Ukraine since Moscow launched its invasion nearly seven months ago. Saudi Arabia announced the prisoner exchange and its role in a media statement. It pointed out that Crown Prince Mohammed Bin Salman remains “committed” to humanitarian initiatives in the Russia-Ukraine crisis. “His mediation succeeded in releasing ten prisoners from five countries as part of an exchange of prisoners of war. The relevant Saudi authorities transferred them from Russia to the kingdom and are facilitating procedures for them to go to their respective countries.”

Moves like mediating a prisoner swap allow Crown Prince Mohammed “to prove to the West that he is a reliable person in international affairs” — despite, or even because of, his close ties with Putin, said a Riyadh-based Arab diplomat.

“His intervention in this way also creates headlines that cover up stories like harsh judicial rulings” against government critics, the diplomat said, citing the cases of two women who received decadeslong prison sentences, apparently for their social media posts.

The Saudi foreign minister, Prince Faisal bin Farhan, told the BBC at the weekend that the Saudi mediation was for purely “humanitarian reasons” and that it was “very cynical” to think the kingdom was out to burnish its reputation.

Several of Saudi Arabia’s neighbors have traditionally embraced mediation roles in pursuit of diplomatic clout within and beyond the region.

Oman has leveraged ties with Iran to negotiate prisoner swaps, including for detained Americans, and Qatar has done the same with groups like the Taliban and al-Qaida-affiliated militants in Syria.

“Turkey has also increasingly taken on this kind of role in recent years, especially in Syria and more recently in Ukraine,” said Alex Stark, senior researcher at the New America think tank in Washington.

“Saudi Arabia has also seen how Turkey has won praise and attention for brokering the grain deal with Russia and Ukraine, and may be seeking to replicate that success.”

All the while, though, the kingdom is making clear its soft power ambitions extend further than ever — even to space, where, under a program unveiled last week, it plans to send astronauts next year, including a woman.

It was another sign of an increasingly emboldened and ambitious Crown Prince Mohammed.