For two centuries an Island twenty miles off the European mainland had acquired an empire spanning every continent.

By 1900, it encompassed modern-day India, Pakistan, Burma, Malaysia, Singapore, Australia, New Zealand and Canada, along with much of the African Continent.

It exerted a strong influence, sometimes equivalent to de facto control, over Latin America, the Persian Gulf, and Egypt.

The birthplace of the Industrial Revolution, Britain had become the “workshop of the world,” and by 1880 it accounted for almost a quarter of the world’s manufacturing output and trade.

Its investments powered global growth, and its fleets protected global trade. Niall Ferguson explained, Britain was “both policeman and banker to the world . . . the first true superpower.”

Britain thus saw itself, and expected others to see it, as number one.

But there were alarming signs by the end of the 19th century that Britain was declining relative to other powers.

In 1899, war with the Boers (descendants of Dutch settlers in what is today South Africa) broke out. Britain had not fought a well-trained adversary with modern weapons for a half century.

The numerically inferior but determined Boers inflicted a series of humiliating defeats on their more powerful enemies.

As he had done earlier in India and Sudan, Churchill rushed to join the fight, only to be captured by the Boers.

The world’s newspapers followed the tale of his subsequent escape and flight to freedom.

Britain eventually won the war, but at immense cost, shaking its imperial reputation.

The German general staff studied the Boer War carefully, concluding, as Paul Kennedy puts it, that “Britain would find it impossible to defend India against a Russian assault,” and “without a total reorganization of its military system, the empire itself would be dissolved within two decades.”

Meanwhile, a host of rivals were chipping away at the substantial head start in science and industry that had cemented Britain’s number-one position following its hard-fought victory over Napoleonic France in 1815.

After the American Civil War and Bismarck’s success in unifying Germany in 1871, Britain watched others adopt its technologies, grow their economies faster, and emerge as peer competitors.

With the biggest army in Europe, its third-greatest fleet, a rapidly growing industrial base, and the largest landmass of any nation, Russia cast quite a shadow.

New railways enabled Moscow to project power farther and faster than ever before, while its continuous expansion moved its borders steadily closer to British spheres of influence in central, western, and southern Asia.

Despite its weak industrial base, France was an imperial competitor—indeed, the world’s second-largest empire. Colonial disputes led to frequent friction with London and occasional war scares. In 1898, France was forced to back down from a confrontation over Fashoda (in the modern state of South Sudan) when it realized it had no chance of winning a naval conflict.

But maintaining the Two-Power Standard to match the combined power of the expanding French and Russian navies put increasing pressure on British budgets.

The United States, meanwhile, had emerged as a continental power that threatened British influence in the Western Hemisphere

With a population almost twice that of Britain, seemingly endless natural resources, and a hunger for growth, America would have surprised the world had it not outstripped Britain’s industrial might.

The US economy overtook Britain’s (although not its empire overall) by about 1870 and never looked back.

By 1913, Britain accounted for only 13 percent of global manufacturing output, down from 23 percent in 1880; the US, by contrast, had risen to 32 percent.

Backed by a modernizing navy, Washington had begun asserting itself ever more aggressively in the Western Hemisphere.

After London and Washington went to the brink of war over Venezuela’s borders in 1895 (see chapter 5 ), the British prime minister advised his finance minister that war with the United States “in the not distant future has become something more than a possibility: and by the light of it we must examine the estimates of the Admiralty.”

He warned that war with the US was “much more of a reality than the future Russo-French coalition.”

Another industrial phenomenon with growing naval ambitions lay much closer to home.

Since its victory over France and unification under Bismarck, Germany had become the strongest land power in Europe, with an economic dynamism to match.

Before 1900, however, the British Empire saw it more as an economic than a strategic threat. Indeed, a number of senior British politicians favored a German alliance, and some tried to broker one.

By 1914, London’s calculations had changed completely. Britain found itself fighting alongside its former rivals Russia and France (and later the US) to prevent Germany from gaining strategic mastery in Europe.

In Britain’s case, that fear was concentrated by a growing German fleet that could only be intended for use against the Royal Navy.

Extract from the book “Destined for War” by Graham Allison. If you are interested in purchasing this book, buying it using the link below will generate KJ Vids a small commission towards our venture which would be very helpful. Thank you. 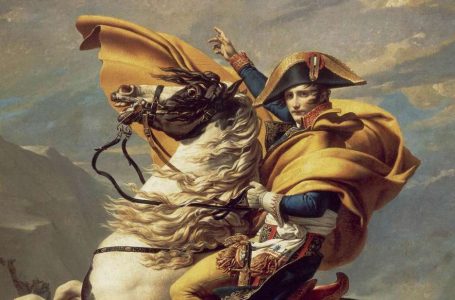 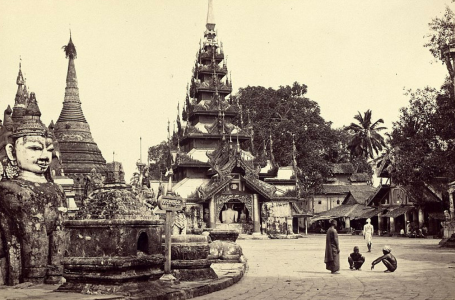 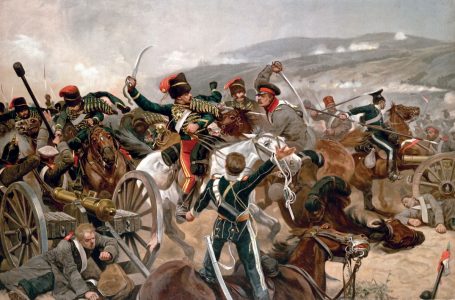 The Great Game of the 19th Century