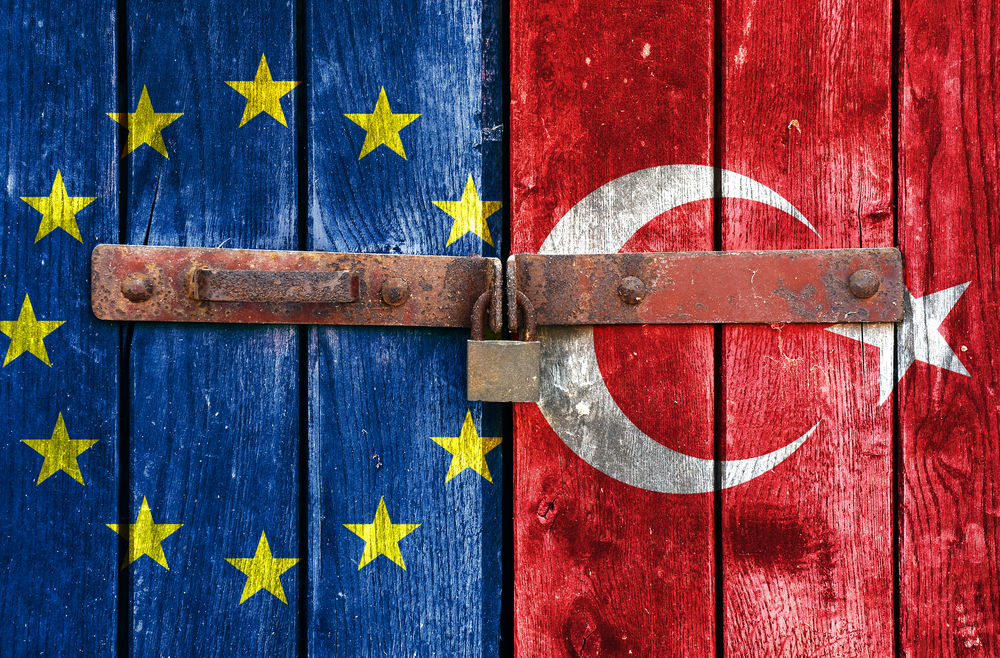 Germany and Turkey have a positive meeting over migration

Turkey has long been cooperating with the EU on controlling migration flow and establishing quotas. Germany on Sept. 12 reaffirmed its commitment to the EU-Turkey refugee agreement, amid fears of another refugee wave due to the Syrian regime’s attacks in the northwestern region of Idlib. Speaking at a news conference in Berlin, German Foreign Minister Heiko Maas expressed concern over recent developments and an increasing number of crossings in the Aegean Sea in recent months.  “I have discussed these issues in a phone call with my Turkish counterpart Çavuşoğlu this week. “I had once again highlighted that the EU would honour its commitments under the EU-Turkey refugee agreement,” he said, adding that he expected Turkey would also continue to honour its commitments. “It has been a very constructive discussion. So I believe that the situation will step by step calm down and normalize again,” he added. Last week Turkish President Recep Tayyip Erdoğan warned of a new potential refugee influx from the conflict-torn Idlib, Syria, and he urged the EU to take measures to share the burden. He underlined that Turkey might open the doors for refugees to cross to Europe if the EU would not share the burden. While this is continued cooperation between Turkey and the EU, Turkey’s renewed interest could signify another push to use cooperation on the migration issue to strengthen its bid to enter the EU.

This intent and call to join the EU were restarted towards the end of August, as Turkish Foreign Minister called on the European Union to help the country in removing difficulties it faces in its bid to join the 28-member bloc. “In the process of the EU, we always tell the EU that we should walk together and overcome any difficulties together. We can overcome technical barriers together, but we also need to overcome political barriers together,” state-run Anadolu news agency quoted Çavuşoğlu as saying during a meeting for the promotion of European Mobility Week 2019. The European Commission (EC), in its latest annual report on Turkey published in May, said Turkey had experienced considerable backsliding in the rule of law and the judiciary, fundamental rights, economic institutions, anti-corruption measures, media freedom and other areas. Furthermore, Turkey is looking to use its frustrations of recent migration policy as a bargaining chip, and there are voices in the EU who want to negotiate for this. In light of Turkish complaints about its 2016 refugee deal with the EU, the deal should be renegotiated, the Netherlands’ prime minister said on Sept. 6. “Turkey’s dissatisfaction about the implementations of the EU regarding the refugee deal should be renegotiated,” Mark Rutte told reporters at a news conference when asked about Turkish President Recep Tayyip Erdoğan’s remarks this week on refugees. Rutte stressed that the negotiations should be between the bloc and Turkey. While these negotiations will clearly be with the intent of solving the migration crisis, it should not be excluded that Turkey uses them to bring up their EU bid.

No progress on EU bid despite Turkey’s persistence:

Despite Turkey’s persistence in its intent to join the EU and their renewed push in recent months, the EU appears persistent in their rejection of the possibility of accepting Turkey. European Commission president-elect Ursula von der Leyen on Tuesday told reporters in Brussels that Turkey has not made any progress towards possible future membership of the European Union. “As regards Turkey, I have not seen this progress in the last years. On the contrary, Turkey needs to show that it wants to be closer to European values, to European rules, the rule of law, liberty and fundamental values,” she said. Although this appears a strong statement, the severity of the upcoming migration crisis and Turkey’s crucial position in it could force the EU to change its stance, which is what Ankara is hoping for.