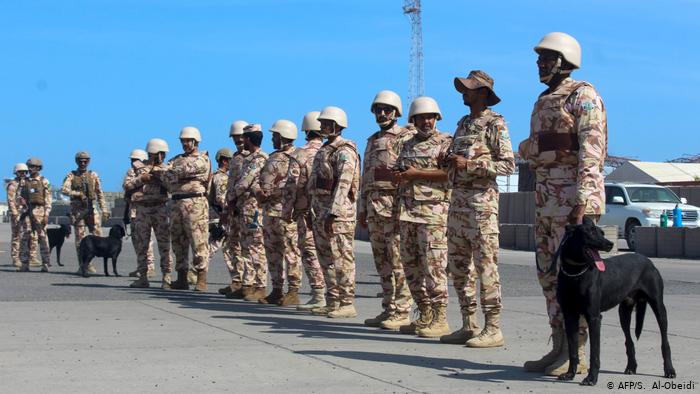 At the beginning of November, Yemen’s Hadi government who are backed by Saudi Arabia, and Yemen’s Southern Separatists backed by the UAE achieved a breakthrough in the ongoing Yemen conflict by signing a power-sharing agreement. At a televised ceremony in Riyadh on Tuesday, Saudi Crown Prince Mohammed bin Salman said: “this agreement will open a new period of stability in Yemen.” According to details of the deal, the Southern Transitional Council (STC) – backed by the United Arab Emirates – will reportedly be handed a number of ministries, while the internationally-recognized government will be able to return to Aden under control of the Saudi-led coalition. The officials said the separatists had agreed to disband their militias, which would be integrated into President Abd-Rabbu Mansour Hadi’s forces. That means Saudi-backed Yemeni President Abed Rabbo Mansour Hadi is expected to return to Aden and possibly put together a new cabinet. Furthermore, the deal also puts the two groups in an alliance against a common enemy: the Houthis. In return for these concessions, the southern separatists will take part in United Nations-brokered talks between Hadi’s government and the Houthis rebels. In a statement issued by the UN special envoy for Yemen, Martin Griffiths congratulated the two sides on a deal that he said would propel efforts to end the wider civil war that continues to devastate the country. “The signing of this agreement is an important step for our collective efforts to advance a peaceful settlement to the conflict in Yemen,” added Griffiths. This is an important step towards a reduction of infighting between the 2 parties in Yemen, which will, in turn, reduce unintended violence. This also makes the war clear and possible closer to an end, as the 2 forces look to overpower the Houthis.

Despite the signing of the power-sharing deal aimed at focusing all forces against the Houthis, the Houthis have not appeared to back down, and continue fighting and gaining tactical ground. Last week, the Iran-backed Houthi rebels hijacked a ship in the southern Red Sea, according to the state-run Saudi Press Agency. The tugboat “was hijacked and subjected to armed robbery by terrorist elements affiliated to the Houthi militia,” a spokesman for the Saudi-led coalition, Turki al-Malki, said. Yemeni Foreign Minister Mohammed Abdullah al-Hadrami condemned the seizure of the vessel, which was being used to tow a South Korean drilling rig, as ” provocative and illegal.” A South Korean Foreign Ministry official announced Tuesday that there were three vessels seized by the Houthi rebels and that two of them are South Korean ships. The Houthis have routinely targeted oil rigs, usually, those belonging to Saudi Arabia or its coalition partners that have been supporting the Yemeni government since in 2015. In another worrying sign, the southern separatists have stalled on the key point of a power-sharing deal signed early this month to end their infighting. Government officials told The Associated Press news agency the separatists are refusing to hand over Aden headquarters and the presidential palace. The separatist Southern Transitional Council insists instead on joint committees. It is clear that there is still a lot of work to be done to solidify the deal, and most importantly take steps towards peace.

Houthis show a willingness to negotiate

Despite the worrying signs, there seems to be a very important development from the Houthi’s side as well, as Saudi Arabia and Yemen’s Iran-backed rebels are holding indirect, behind-the-scenes talks to end the devastating five-year war in Yemen, officials from both sides have told The Associated Press. The negotiations are taking place with Oman, a Gulf Arab country that borders both Yemen and Saudi Arabia, as mediator. Oman has positioned itself as a quiet mediator in the past and in a possible sign the back-channel talks could be stepping up, Saudi Deputy Defense Minister Prince Khalid bin Salman arrived in Muscat on Monday. The two sides have communicated via video conference over the past two months, according to Gamal Amer, a negotiator for the Yemeni rebels known as Houthis. They have also talked through European intermediaries, according to three Houthi officials. Furthermore, the Houthis showed a willingness to co-operate, as they released the three vessels and 16 people they had seized, South Korea’s foreign ministry and a Houthi military source said last Wednesday. “The three ships were released after the necessary legal measures,” the Houthi military source in Yemen told Reuters news agency, adding all crew were also freed. It appears that despite the ongoing violence and certain issues to be resolved, all 3 parties of the Hadi government, the STC and the Houthis have come to the negotiating table and are looking for a peaceful solution, as the latest events have shown, this might well be a breaking point on the road to peace in Yemen.