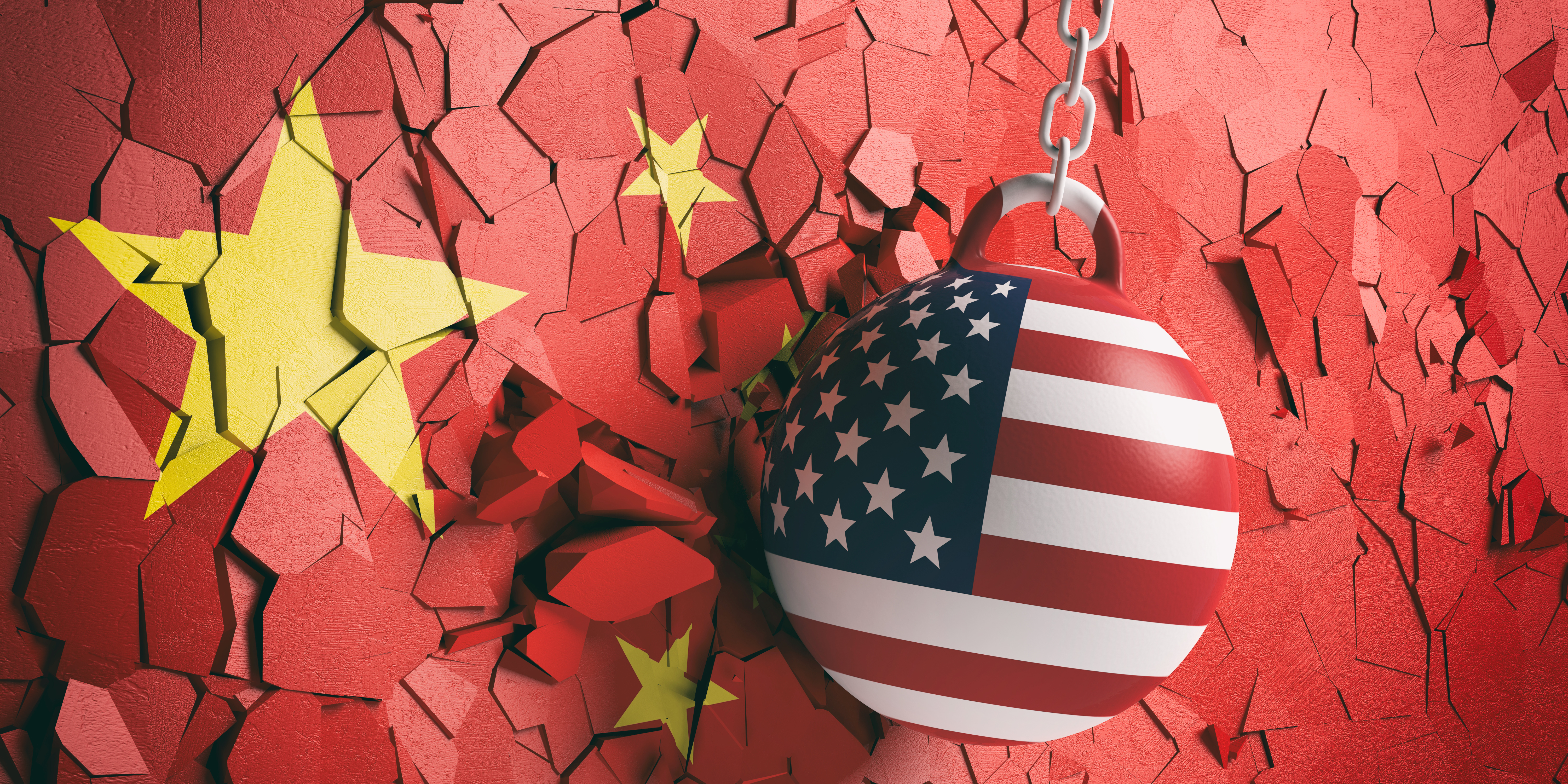 1. Origins of the trade war

Last July, US President Donald Trump followed through on months of threats to impose sweeping tariffs on China for its alleged unfair trade practices. So far, the US has already slapped tariffs on US$250 billion worth of Chinese products and has threatened tariffs on US$325 billion more. China, for its part, did not back down, and has set tariffs on US$110 billion worth of US goods, and is threatening qualitative measures that would affect US businesses operating in China. With neither Trump nor Chinese President Xi Jinping willing to back down, US-China trade tensions have become a full-blown trade war. Most recently, US Trade Representative Robert Lighthizer, Treasury Secretary Steven Mnuchin and Chinese Vice Premier Liu He met in Shanghai for two-day trade talks. This is the first face-to-face interaction since Xi and Trump met at the G20 Summit in June, and the first official high-level negotiation since May, this year. As most analysts predicted, the talks ended with little progress. Both sides agreed to keep talking and will meet again in September.

China’s manufacturing industries seem to be feeling the strain of the trade war, as The Chinese Census Statistics Bureau released the data for China’s official manufacturing PMI for July today. The PMI came in at 49.7, contracting for the third straight month in a row. According to the consensus compiled by Reuters, economists were expecting the PMI to come in at 49.6 as compared to 49.4 in June. A reading of more than 50 indicates expansion while a reading lower than that implies contraction. Investors are now especially interested in China PMI data to gauge the impact of the US-China trade war and the domestic demand outlook. As a whole, China’s manufacturing industry has remained depressed for most of the trade war with the US.

3. Tariffs backfiring on US

Despite China’s manufacturing industry suffering from the tariffs, the US is also getting hurt, as The tariff battle has had a “dramatic impact” on US manufacturing and capital investment, Gary Cohn, Trump’s former chief economic adviser told the BBC. Cohn also talked about the ineffectiveness of the tariffs on China as, “I think the Chinese economy was going to slow down with or without a trade war,” Mr Cohn said. But he warned: “I think everyone loses in a trade war. We are an 80% service economy. The service side of the economy is doing very well, because, guess what, it’s not being tariffed.” Mr Cohn said the tariffs had made it expensive to import vital products from China, counteracting the effects of Mr Trump’s tax cuts, which were designed to stimulate the US economy. Furthermore, Joseph Hinrichs, president of automotive at US carmaker Ford, said, “Last year, there was a significant impact on our business because of steel and aluminium tariffs”. It’s clear that the US is suffering just as much as China from the trade war, and prolonging it would not benefit both parties.

Despite China’s large manufacturing industries taking a big hit from the trade war, China’s rich elite seem to be avoiding the tariffs, as Chinese billionaire Liu Zhongtian has been indicted in the US over allegations he evaded $1.8bn (£1.5bn) in tariffs on aluminium imports. Prosecutors accuse Mr Liu of using the aluminium company he founded to smuggle huge amounts of the metal into the US. Although, this case does not prove that all of China’s rich owners are avoiding tariffs, but is a signal that the US tariffs are easy to get around, bringing forward another danger to the US, and reason to end the trade war.

The US-China trade war has had an economic effect on Honk Kong, and a rather detrimental one, as Hong Kong’s economic expansion has ground to a near standstill, with the city reporting a 0.6 per cent year-on-year increase in gross domestic product under the weight of the US-China trade war, lower than market expectations. Hong Kong’s economic future for the third quarter is plagued by even greater uncertainty, and business groups said the extradition bill protests, which show no signs of slowing, had hurt the local retail and tourism sectors. This, in addition to the uncertain future of the trade war, can bring Hong Kong’s economy even further down and is hence something both the US and China need to consider during negotiations.