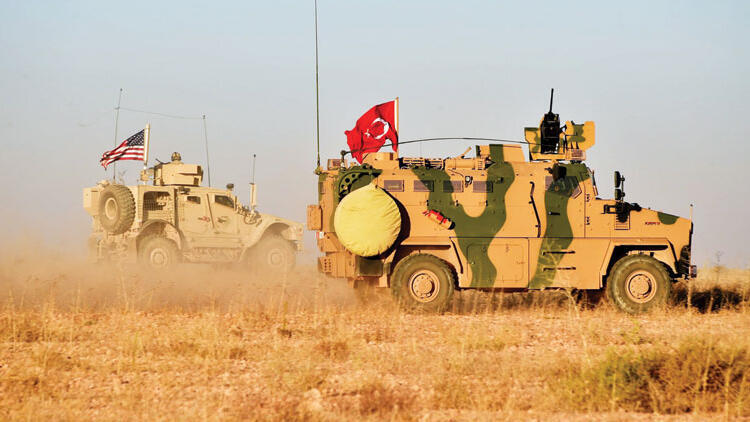 In a latest sign that the Syrian government has reacted negatively to Turkey’s presence in the country, a Syrian government air strike aiming to stop a Turkish convoy reaching a rebel-held town in northern Syria has killed three civilians. Idlib is one of the few areas in Syria not under government control. Syria has condemned the convoy, which is laden with ammunition. Turkey – which supports the rebels – says the strike violates previous agreements. The agreement – reached last September between Russia and Turkey – should mean Idlib is protected from a major government offensive. This is a worrying move from the Syrian government that could increase the violence and state of unrest in the nation.

Turkey has shown its interests in Syria are concrete, and their main target is the Kurds, the latest move showing this is that Turkish Armed Forces destroyed PKK terror targets in northwestern Syria, Turkey’s Defense Ministry said on Monday. Since 2016, Turkey has conducted two major military operations in northwestern Syria Operations Euphrates Shield and Olive Branch to purge the region of terrorist groups Daesh and the YPG, which is the Syrian branch of the terrorist organisation PKK. The Kurdish terrorist group has long been launching attacks on Turkey.

Tensions between Turkey and  the Kurdish-led Syrian Democratic Forces (SDF) are constantly increasing in the area east of the Euphrates River in Syria, as Over the past few weeks, Turkey amassed troops on the Syrian border, pressuring the Trump administration to endorse a safe zone in northeast Syria that would push SDF fighters away from the Turkish-Syrian board. Furthermore, the SDF, is concerned about losing the gain it has hard-earned in northeast Syria over the past four years and to safeguard against this, it has made overtures to restart talks with Russia and the Syrian regime. This is a serious development that would heavily increase tensions between Turkey and Russia, and lead to a bloody war.

However, Turkey needs to first resolve the differences it has with the US, as Turkey says U.S. President Donald Trump promised a 20-mile (32 kilometres) deep safe zone, while, according to a Wednesday report in Habertürk daily, the U.S. officials propose a safe zone that will consist of three different security belts. In the first 5-kilometre deep strip, Turkish and U.S. troops will conduct joint patrols. Turkey also demands all terrorist groups to be removed from the safe zone, while the United States says only those who are linked to the PKK should be removed, while the majority of the SDF should remain in the area. The US and Turkey need to resolve their differences if they are to launch a joint operation in Syria.

5. US may choose a strategic partnership with Turkey

Despite the differences, the US appears to be leaning towards a strategic partnership with Turkey in Syria as both the Turkish President Recep Tayyip Erdoğan and his U.S. counterpart Donald Trump has thrown their weights over the subject, Yetkin said. “In the strategic dimension, though there is the S-400/F-35 crisis, the U.S. system has decided to put more weight on the continuation of its strategic partnership with Turkey instead of tactical partnership with the PKK in Syria,” Yetkin said. Russia’s involvement also plays an important role from the US’s side helping them put their differences with Turkey aside to chase a common goal.