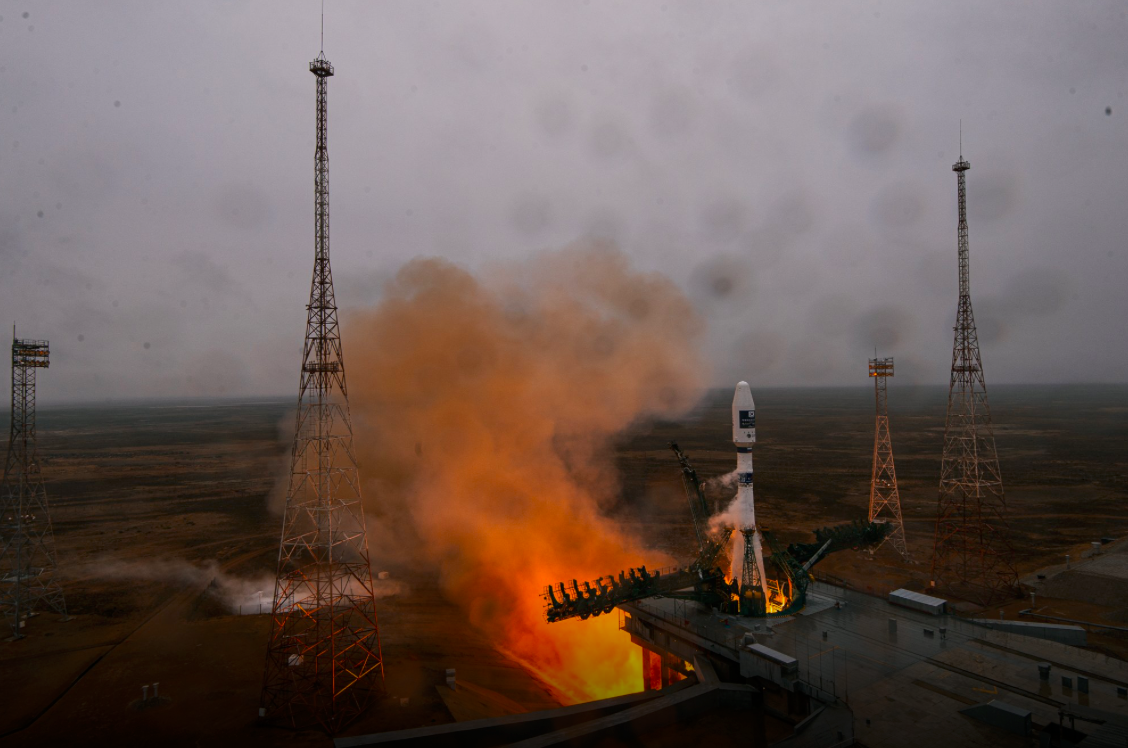 Tunisia’s first satellite, Challenge ONE has been successfully launched onboard Soyuz-2 rocket in the earlier hours of today from Baikonur Cosmodrome in Kazakhstan.

Challenge ONE was announced in 2019 by Tunisian aerospace and telecommunications company, TELNET after it entered an agreement with the Russian operator of commercial launches of Soyuz-2 rockets, GK Launch Services. According to the agreement, Challenge ONE is going to be a precursor for a constellation of 30 satellites to be launched by 2023. Part of the agreement also involved SPUTNIX, a Russian private company, manufacturing high-tech microsatellite components and technologies. SPUTNIX’s involvement was to facilitate the development of the satellites and the establishment of R & D services for satellite components.

Challenge ONE is a research and innovation project that offers a new approach to information technology and its practical application. The results of Challenge ONE by Telnet will be used to create a constellation of 30 satellites.

On this occasion, Telnet Group, the owner of Challenge ONE, organized a ceremony at its headquarters in the capital Tunis to follow the live coverage of the event at the presence of Tunisian President Kais Saied.

“This event reflects the aspiration of Tunisia and young Tunisians to exceed the limits of the earth,” Saied said in a speech broadcasted on State television Wataniya 1.

For his part, Mohamed Frikha, chief executive officer of Telnet Group, said, “It is the fruit of a whole generation of culture and knowledge as well as the work of 20 Tunisian engineers supervised by Telnet,” adding that this satellite is only the first step towards space which will be followed by others.

Challenge ONE is a small satellite that weighs about 3 kg. It will be used in the Internet of Things technology.

This satellite, designed and developed by exclusively Tunisian skills, will allow communication and data exchange in many areas including control, transport, agriculture and logistics by receiving data and sending it to suppliers around the world.

Also launched alongside it is the SIMBA (System for Improving Monitoring of the Behavior of Wild Animals) satellite.

The SIMBA satellite project team include students from the Sapienza University of Rome, University of Tel Aviv (Israel) and University of Nairobi (Kenya). SIMBA will track the behaviour of animals of Kenya National Park in their natural habitat.

Challenge ONE is Africa’s first satellite of 2021, bringing the total number of African satellites to 43. Only one satellite was launched by the continent in 2020, while eight were launched in 2019.

The African space market is now worth over $7 billion annually, according to the website Space in Africa which reports that it “is likely to grow over 40% in the next five years.” From 1998 to 2019, 32 satellites were launched by eight African countries and three other satellite projects were funded by African institutions. Fifteen of these were launched in the last four years.

Telnet hopes to improve earth observation of Tunisia and create new technological opportunities that could assist the country’s agricultural production, as well as its health and maritime sectors, from tracing the effects of pollution to monitoring the weather.

“Today there are satellites for geo-location and navigation, communications and television. We decided to work with internet technology -– the Internet of Things -– because it’s the future,” said Telnet CEO Mohammed Frikha in an interview at the company’s hulking, galactic headquarters in downtown Tunis.

The market for this technology is unlimited, said Anis Youssef, Telnet’s Research and Innovation director.

“Take, for example, solar pumps in the Sahara. The technology we are developing will permit users to control the solar pumps remotely, to irrigate certain areas during the most useful periods of time,” he said.

Telnet has identified a diverse range of uses for the satellites, from tracking livestock that cross Tunisia’s borders into Algeria or Libya, to monitoring cargo ships on the Mediterranean.

“There is a multitude of functionalities and each device can offer a function that we can adapt to the needs to different clients and users” said Youssef, while showing AP around Telnet’s laboratories in which dozens of young engineers are at work programming different parts of the satellite.

Each nano-satellite in the constellation will be controlled in outer space from Telnet’s laboratories, he said.

Tunisia’s small, low orbit satellite is relatively inexpensive. Just a foot long and made of light, stainless steel, it’s hard to imagine it jetting off into space. In comparison to a large, high altitude geo-satellite that can cost hundreds of millions of dollars, Tunisia’s nano-satellite cost just over $350,000, according to Telnet.

Unlike the space endeavors of its African neighbors, Tunisia’s satellite is almost entirely locally made.

Of the African nations that have already launched satellites, such as Algeria, Egypt and Nigeria, most tend to buy their satellites, ready-made, from Russia or China. While the manufacturing and launch of Tunisia’s satellite is supported by Telnet’s international partners, a team of Tunisian engineers have developed and built the satellite’s internal programming.

“Telnet’s specificity is that we are not buying this satellite—we are making it ourselves,” said Youssef.

The launch highlights the socio-political strides Tunisia has made since the Arab Spring in 2011, when Tunisians peacefully toppled dictator Ben Ali. Tunisia remains one of the movement’s few bright spots, after similar uprisings in countries such as Syria and Libya led to violent civil wars.

Frikha, recently dubbed ‘Tunisia’s Elon Musk’ in the journal Jeune Afrique, believes that just as Tunisia prevailed in its fight for democracy, it can also lead in technological innovation. On his desk sits a miniature rocket emblazoned with the Telnet logo.

Pavel Luzin, a political analyst who specializes in the space industry, said Tunisia’s political progress has facilitated the development of the satellite.

“The democratization of Tunisia during the Arab Spring has made it possible for Tunisian companies to invest in the development of satellites,” he said. “Because under a dictatorship there is corruption, and corruption makes it difficult to invest in long term, technological projects.”

However, as the next section will show, economic struggles remain.

Despite this, economic struggles remain.  The International Monetary Fund (IMF) urged Tunisia two weeks ago to cut its wage bill and limit energy subsidies to reduce a soaring fiscal deficit, putting more pressure on the fragile government amid a severe financial and political crisis.

The IMF said the public service salary bill is about 17.6% of GDP, among the highest in the world.

The government has been discussing means of cutting the workforce without adding to unemployment, which already affects more than 17% of the population. The powerful trade unions have expressed willingness to discuss the downsizing of the workforce but not the privatisation of state-owned companies.

Tunisia’s finance minister Ali Kooli said his government is considering a “targeted subsidy system” that will specifically help needy segments of the population.

With the coronavirus pandemic, political infighting and protests since last month over social and regional inequality, it is a time of unprecedented economic hardship in the North Africa country that ran a fiscal deficit of 11.5% of GDP in 2020.

The IMF said in statement that monetary policy should focus on inflation by steering short term interest rates, while preserving exchange rate flexibility.

Tunisia’s 2021 budget forecasts borrowing needs $7.2 billion including about $5 billion in foreign loans. It puts debt repayments due this year at 16 billion dinars, up from 11 billion dinars in 2020.

In January 2021, following a team’s mission on site, the IMF predicted an 8.2% decline in GDP in 2020 which would lead to “increased poverty and unemployment”.

“The current account deficit is expected to have narrowed as a result of a sharp drop in demand for imports and transfers from Tunisians living abroad who remain dynamic, despite the shock to exports and the sharp drop in tourism receipts. The budget deficit is expected to be 11.5 percent of GDP, mainly due to lower tax revenues, a higher wage bill, and additional transfers to public enterprises,” the IMF said in its report.

“Things will get better in Tunisia because this government has decided to take action,” Ali Kooli told Bloomberg Television.

“Some of those actions aren’t easy to take” but would eventually change the economy “deeply,” he said without elaborating. “We will see the fruits in very few weeks.”

Therefore, despite technological improvements and successes, Tunisia is fighting an uphill battle to overcome its economic difficulties, and will need all the help it can get.