Theodor Herzl is the founder of the political form of Zionism, a movement to establish a Jewish homeland.

Herzl was born of well-to-do middle-class parents. To escape from an anti-Semitic atmosphere, he transferred in 1875 to a school where most of the students were Jews

A profound change began in Herzl’s life soon after a sketch he had published in the leading Viennese newspaper, Neue Freie Presse,led to his appointment as the paper’s Paris correspondent.

He arrived in Paris with his wife in the fall of 1891 and was shocked to find in the homeland of the French Revolution the same anti-Semitism with which he had become so familiar in Austria.

At the same time, his work as a newspaperman heightened his interest in political affairs and led him to the convictionthat the answer to anti-Semitism was not assimilation but organized counterefforts by the Jews.

The Dreyfus affair in France also helped crystallize this belief. French military documents had been given to German agents, and a Jewish officer named Alfred Dreyfus had been falsely charged with the crime.

The ensuing political controversy produced an outburst of anti-Semitism among the French public. Herzl said in later years that it was the Dreyfus affairthat had made a Zionist out of him.

So long as anti-Semitism existed, assimilation would be impossible, and the only solution for the majority of Jews would be organized emigration to a state of their own.

His pamphlet The Jewish State (1896) proposed that the Jewish question was a political question to be settled by a world council of nations.

He organized a world congress of Zionists that met in Basel, Switzerland, in August1897 and became first president of the World Zionist Organization,

Herzl was not the first to conceive of a Jewish state. Orthodox Jews had traditionally invokedthe return to Zion in their daily prayers.

In 1799 Napoleonhad thought of establishing a Jewish state in the ancient lands of Israel.

The English statesman Benjamin Disraeli, a Jew, had written a Zionist novel,

Moses Hess, had published an important book, Rom und Jerusalem(1862), in which he declared the restoration of a Jewish state a necessity both for the Jews and for the rest of humanity.

Although Herzl died more than 40 years before the establishment of the State of Israel, he was an indefatigableorganizer, propagandist, and diplomat who had much to do with making Zionism into a political movement of worldwide significance. 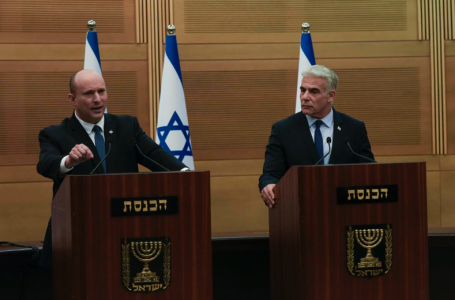