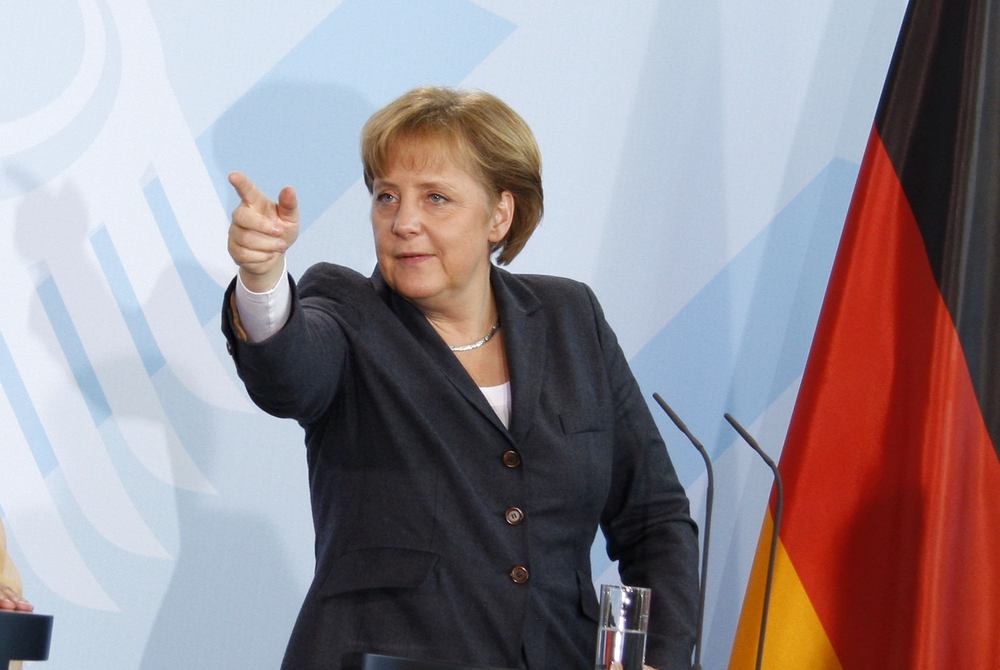 Regardless of who replaces Angela Merkel as the German Chancellor, the country’s foreign policy and geopolitical orientation will remain unchanged. Germany will not leave NATO and the European Union, it will not withdraw from the Eurozone, the American troops will stay in Germany, and Berlin will remain inferior to the United States, as well as to Great Britain to a certain extent.

Is Merkel the US Puppet?

After the end of the Second World War, Germany ceased to be an important player in global political arena. The country lost almost a third of its prewar territory, but more importantly it completely lost its sovereignty. Federal Republic of Germany might have a powerful economy, but politically it is very dependent on Washington. In 2017 the then German Foreign Minister Sigmar Gabriel said that Angela Merkel and her Christian Democratic Union of Germany subordinated themselves to the militaristic policies of Donald Trump.

The US president has demanded that the America’s NATO partners raise their defense spending to the organization’s guideline of two percent of gross domestic product. In May this year, Germany announced that it will raise defense spending. Although Berlin contributes to the alliance in many important ways, the country devotes just about 1.26 percent of gross domestic product (GDP) to military spending. The increase would amount to 1.35% of GDP – still a long way off the two percent target NATO members have set themselves. However, the increase would be the biggest for Germany since the end of the Cold War in 1991. At the same time, this move is showing that Germany still has to make serious concessions to Washington, as it did for the past decades.

In 2013 Alice Weidel of the Alternative for Germany political party reportedly wrote that Chancellor Angela Merkel and her government are nothing other than puppets of the allied powers. The Alternative for Germany, on the other hand, is accused of being on the Kremlin payroll, and German mainstream media constantly portray organization as a far right party. In reality, the party leaders can be described merely as reactionaries with no clear perception of the future of Germany, and with no new ideas. They know quite well what they oppose, but they lack an overall vision of a German society.

Germany in a shadow of the US

Many analysts and politicians in the Balkans accuse Germany of being a colonial power in this part of Europe. Although Berlin has a strong economic, and to a certain degree political influence in the Balkans, Washington is the one who is actually pulling the strings not just in South-Eastern Europe, but throughout the continent. During the violent protests in Kiev’s Maidan Square in 2014, which resulted in overthrowing the Ukrainian President Victor Yanukovich, Foreign Ministers of Germany and Poland – Frank-Walter Steinmeier, Radoslaw Sikorski and head of the Department for continental Europe of the Ministry of foreign Affairs of the French Republic Eric Fournier, tried to mediate in order to resolve the crises. At the same time, Victoria Nuland, the then Assistant Secretary of State for European and Eurasian Affairs at the US Department of State, played the major role behind the scenes. In a leaked conversation between Nuland and Geoffrey Pyatt, the US ambassador in Kiev, the two officials discussed possible nominations of opposition leaders to form a new government. In the recording Nuland is heard saying “F**k the EU”, and the US ambassador answers “exactly”. Angela Merkel described those remarks as “totally unacceptable” but the events in Maidan clearly showed who is in charge in Ukraine.

In the south of Europe, Germany is believed to have a total economic control over Greece. Many analysts think that Berlin turned the Balkan and Mediterranean country into its colony, since Germany turns out to be a major beneficiary of Greece’s debt crisis as it earned a total of €2.9 billion between 2010 and 2017. Still, Greece is heavily dependent not only on Germany, but on the International Monetary Fund dominated by Washington, as the Unites States has unique veto power over major policy decisions of the IMF.

German role in the Balkans

Germany plays an important roles in the former Yugoslav republics. Its economic influence is visible in most Balkan countries. At the same time, Berlin is trying to take a political initiative as well, but it is overshadowed by the US dominance. Still, some researchers argue that Germany played a crucial role in the early 1990s when Berlin pushed for early recognition of Croatia and Slovenia in December 1991, which resulted in the bloody breakup of the Yugoslav Federation. Also, in 1999 Germany joined NATO aggression against Yugoslavia, which was the first German military campaign after 1945 in a region that suffered so much under German occupation during World War II.

Today many in the Balkans consider Germany to be one of the most influential geopolitical players, as it apparently holds the keys to the “bright European future” of the Balkan countries who are seeking to join the EU. Angela Merkel has officially been advocating the enlargement of the EU by formally inviting several ex-Yugoslav republics and Albania to start membership talks. After years of waiting to join the EU, many in the region draw the obvious conclusion that since it appears that the EU won’t come to them, they will go north and west to Europe. Some argue that that may well be what is desired in Germany, which increasingly has to contend with labor shortages. The remaining population in the Balkans may keep working as a cheap labor in German companies and former industrial giants that were sold to German corporations during the mafia style privatization.

Apart from that, Germany is among the top three export destinations for Serbia, Croatia, Bosnia-Herzegovina, Montenegro, Macedonia, and Albania, and is one of the top European investors in the region, making Berlin the most important EU partner for the Balkan states. By maintaining a close relationship with these countries, Berlin may be sending a message that it is still a powerful European nation and has an interest in Eastern Europe’s future.

The days of Angela Merkel as a political figure are numbered. Berlin’s political strategists are already preparing for what comes next. Whoever becomes a new German Chancellor will unlikely make any radical changes. None of the mainstream politicians is showing the will to resolve crucial issues the country’s been facing for decades. Germany’s identity debate has percolated for years as the country has struggled to come terms with the parallel challenges posed by immigration and an aging society. The discussion has largely taken place outside Germany’s political mainstream, however. It is unlikely that Merkel’s successor will end the uncontrolled immigration which threatens to radically transform German’s society. Until these questions are resolved, the approval ratings of populist and anti-Islam groups will continue to grow, but it will unlikely affect the country’s domestic and foreign policy.

A future Chancellor is expected to keep the status quo in Germany relations with Washington, which means that the country will stay a defacto US vassal state for the foreseeable future. The US, on the other hand, might decrease its military presence in Germany, but it will step up its efforts to influence Berlin with soft power.