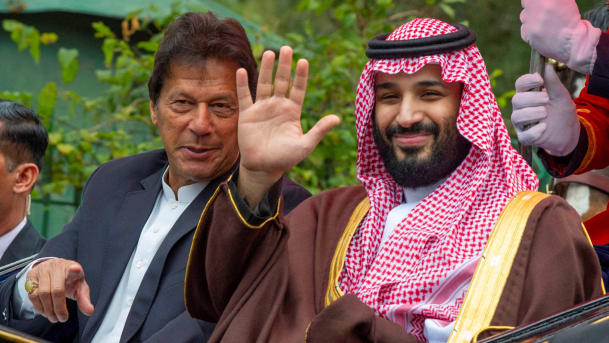 Why is Pakistan trying to mediate Iran-Saudi peace talks?

Pakistan’s Prime Minister Imran Khan has appeared to have taken the role as a mediator between Iran and Saudi, and could be a crucial factor in preventing a full-blown conflict between the two nations. Tensions between Saudi Arabia and Iran both bitter regional foes escalated recently after Saudi oil facilities were attacked last month, dramatically impacting the kingdom’s oil output and causing oil prices to spike globally.

Yemen’s Houthi rebels, that have been at war with a variety of Yemeni groups backed by a Saudi Arabia-led military alliance since 2015 and are alleged to be backed by Iran and North Korea. Pakistan, which has generally maintained very close ties with Saudi Arabia is now trying to step up to ease tensions between the arch-rivals, despite staying officially neutral in this regional rivalry.

“Pakistan attaches high importance to bilateral ties with Iran,” Khan stated according to a press statement. “Pakistan is willing to play its role in strengthening peace and stability in the region.” One major reason for this could be as Islamabad is pitching the China-Pakistan Economic Corridor to Iran, Saudi Arabia and other countries that might benefit from faster trade routes into and out of China.

Pakistan is also seeking economic and military cooperation on larger scales with both nations, which will be highlighted in the next points.

In light of India’s aggression in Kashmir and a general rise of tensions between the 2 nations, Pakistan has turned its attention to a large military force neighbouring the Gulf, Iran.

As India strengthens its ties with Israel, Pakistan is doing the same with Iran, especially in the military sphere. After arriving in Tehran earlier this month, Pakistan’s army chief, Gen. Qamar Javed Bajwa, met with the Iranian civil and military hierarchy to extend the scope of bilateral relations and consolidate security arrangements.

Since Pakistani Prime Minister Imran Khan assumed office in August 2018, there has been a special focus on renewing trust and upgrading relations with close allies. Furthering Khan’s peace efforts in the region, Bajwa is also pursuing military diplomacy and this was his second visit this year to Iran.

Within just one year, the direction and focus of Pakistan-Iran ties have completely changed. When Khan visited Iran early this year, it was to solve bilateral issues, rebuild trust and bring an end to the ongoing terror attacks carried out from both sides of the Pakistan-Iran border.

First, having called for “military and defence cooperation with Iran,” the general maintained the crucial balance between Riyadh and Tehran. Continuing Pakistan’s time-tested policy of remaining impartial in regional conflicts, a joint Pakistan-Iran security mechanism has been discussed and past issues seem to be forgotten. It is therefore clear that Pakistan has positive hopes for a strong and enduring relationship with Iran.

Prime Minister Imran Khan last Tuesday expressed gratitude for Saudi Arabia’s economic support to Pakistan and the initiatives which were underway to build a stronger economic relationship between the two countries. The prime minister was talking to Prince Sultan bin Salman Al Saud who called on him, PM Office media wing in a press release said. The Saudi Prince was visiting Pakistan in connection with his charity projects in Islamabad.

The prime minister also underscored that the relations between Pakistan and Saudi Arabia were unique and based on shared religion, culture and history. The prime minister highlighted the tourism and economic potential of Pakistan and noted the macro-economic improvements, achieved by the government including the current account surplus. Imran Khan clearly sees the economic benefit in increasing ties with Saudi Arabia, and so far there have few obstacles to this relationship, as both Iran and Saudi Arabia seem to turn a blind eye to Pakistan’s relations with their rival and in fact, appreciate their mediation efforts.