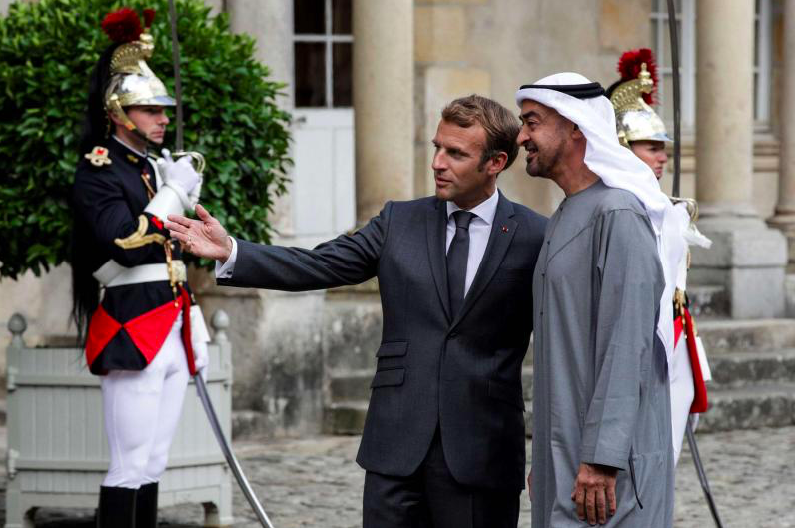 French President Emmanuel Macron on Wednesday held talks with the crown prince of the UAE’s Abu Dhabi, Mohammed bin Zayed, one of Paris’ closest allies in the Middle East region.

The two met for a working lunch at the historic Fontainebleau Chateau outside Paris, where the United Arab Emirates has played a key role in restoration works, AFP correspondents said.

France has close military, political and cultural ties to the UAE. Abu Dhabi has in the last month served as a hub for the evacuation by Paris of French nationals and Afghans from Taliban-controlled Afghanistan.

Analysts see the visit of Abu Dhabi Crown Prince Sheikh Mohammed bin Zayed Al Nahyan to France as being tied to Emirati-French attempts to build a new alliance that could fill the void left by Washington’s disengagement from the Arab Gulf region.

Macron and the crown prince of Abu Dhabi vowed to work together to counter Islamic extremism after talks that aides said underlined the strength of their partnership.

Abu Dhabi has in the last month served as a hub for the evacuation by Paris of French nationals and Afghans from Taliban-controlled Afghanistan.

“Both sides emphasised … they were both determined to fight extremism and terrorism and to strengthen their cooperation in security and defence,” the French presidency said in a statement after the talks.

On Afghanistan, both also insisted on the need “to respect the rights of women and girls, as well as minorities” after the takeover by the Taliban.

According to the Emirati News Agency WAM, the two sides discussed “opportunities to develop relations and exchanged views on regional developments, especially the current developments in Afghanistan.” They stressed the importance of promoting efforts to enhance security, peace and stability in the region through diplomatic efforts and effective dialogue.

UAE Ambassador to France Hend Al Otaiba said that Sheikh Mohammedbin Zayed’s visit to Paris was an opportunity to highlight the outstanding strategic partnership between the two countries, stressing the common vision of Paris and Abu Dhabi and their desire to  promote further cooperation.

Analysts say Sheikh Mohammed can rely on the special relationship he has with Macron and the extent of UAE investment in France to clinch a deal to buy  Rafale fighter aircraft. This will be as part of a broader Emirati diversifaction of its sources of armament.

The French president has previously defended arms sales to Gulf states, describing Riyadh and Abu Dhabi as allies in the war on terrorism and stressing that Paris had received guarantees that they would not be used against civilians.

The UAE  talked with France about buying 60 Rafale combat aircraft a few years ago. Egypt’s acquisition of the warplane will encourage Abu Dhabi and Paris to move ahead with their own deal.

The UAE is already a customer of the French arms makers. Its army operates 436 Leclerc assault tanks. It has also become a key strategic partner for France in the Middle East and is  second  only to Saudi Arabia in Franco-Gulf trade. The two  also maintain a solid alliance in the war on terror.

The UAE  accounts for 45 percent of direct Arab investments in France and there are some fifty companies wholly or partially owned by Emirati businessmen.

The UAE crown prince’s visit to the UK following his visit to Paris showed that the UAE also views the UK as an important partner in Europe, and important in the shift away from the US. However, the UAE-UK partnership, and its prospects, are more economic  and less geopolitical in nature than the UAE’s alliance with France. This is because the UK’s geopolitical role in the Middle East has dwindled in recent years, and has not become as significant as it once was. This is largely due to the UK’s shift in foreign policy, away from interventionism in the Middle East, as well as the more decisive approach of other powers in the region, filling the void.

The United Arab Emirates has pledged to invest £10bn in UK clean energy, technology and infrastructure as the oil-rich Gulf state expands a multibillion-pound partnership with the British government.  The agreement, signed on Thursday, doubles the amount expected when the UK and UAE announced a five-year “sovereign investment partnership” in March, with an initial pledge that Mubadala, Abu Dhabi’s state fund, would invest £800m in the UK’s life sciences sector. Khaldoon al-Mubarak, the chief executive of Mubadala, which signed the deal, told the Financial Times that the UAE had already invested £1.1bn in UK companies and funds, including £500m in CityFibre, a telecoms infrastructure group, over the past six months. He added that he expected UAE investments to “comfortably” reach £2bn by the end of the year. “These are all spaces that will grow substantially in the next period and both countries see eye-to-eye in terms of that outlook,” Mubarak said.

The deals come as Sheikh Mohammed bin Zayed al-Nahyan, Abu Dhabi’s crown prince and the UAE’s de facto leader, meets Boris Johnson, the UK prime minister, in a visit designed to deepen economic and trade ties between the two nations. Johnson and Sheikh Mohammed will sign a separate bilateral agreement designed to strengthen trade, as well as establish “new collaboration” across areas including climate change, regional stability and food security. This year’s £1.1bn investment covers the acquisition of stakes in seven companies and financing to five UK funds, including some of the money earmarked for the life sciences fund. Lord Gerry Grimstone, the UK’s investment minister, said the UAE investment would be “the biggest of its type so far in this parliament”, adding that other foreign investors would “sit up and take notice”. Thani al-Zeyoudi, the UAE’s trade minister, said the Gulf state was seeking to double last year’s non-oil trade of £5.8bn. Overall trade was £12bn. The UAE, a former British protectorate and the Middle East’s second-largest economy, may also open direct bilateral talks for a trade agreement with a post-Brexit UK.

The UAE’s shift away from the US

Since the inauguration of the US administration of President Joe Biden there has been an impression of dwindling American commitment to Gulf security. This was triggered by Washington’s decision to reduce its military presence including the withdrawal of the Patriot air-defence missile system from the region and limit arms sales to Saudi Arabia and the UAE.

The United States’ withdrawal from Afghanistan has shifted the geopolitical calculations of countries in the Middle East, enhancing uncertainty and a power vacuum in the region.

The U.S. pullout, reflective of a more hands-off approach in the Middle East, may have the unexpected side effect of helping two regional foes reconsider their differences – Turkey and the United Arab Emirates (UAE), said Caroline Rose, a program head at the Newlines Institute for Strategy and Policy in Washington D.C.

“Turkey and the UAE recognise that the U.S. will support them financially or militarily to an extent, but it (the United States) intends to have a lessened role in the Middle East,” Rose said during a latest episode of Ahval’s Turkey Abroad podcast.

Turkey has in recent years expanded its regional influence and strategic importance, in several cases at the cost of the UAE’s own interests. We can see this in the cases of Libya, where the UAE-backed Haftar forces were decisively defeated by the Turkey-backed GNA based in Tripoli for example. As Turkey gains a foothold in Syria, Libya, Somalia and Northern Iraq, it is becoming increasingly difficult for the UAE to continue its regional rivalry with the Eurasian power, it is therefore unsurprising that the Gulf country has opened up to normalizing ties, especially since the US is no longer a stable partner in the Middle East with Joe Biden’s pragmatic approach.

In a bid to contain what it saw as Turkish aggression, the UAE formed alliances with Greece, Cyprus and Israel. Abu Dhabi’s courting of Turkey’s rivals left Ankara increasingly estranged diplomatically.

The political standoff eased at the start of 2021 when leaders from both countries expressed interest in toning down hostilities. Erdoğan said in August that contacts were taking place between the Turkish and UAE intelligence services. He then held a meeting with the national security advisor of the UAE on Aug. 18 in Ankara. Two weeks later, Erdoğan spoke by phone with Crown Prince Mohammed bin Zayed in which they discussed ways to fix ties.

The UAE is looking to other regional powers, like Turkey, as well as France, in order to fill the void of the decreasing partnership with the US, as the US reduces its involvement in the Middle East under the Biden administration. The US and the UAE will still remain strategic partners for years to come, but the importance of this partnership to both sides will continue to decrease, especially if the UAE strengthens geopolitical ties with France, who are undergoing a crisis in relations with the US, due to the Australia submarine crisis. 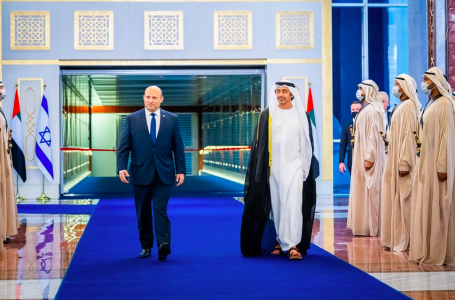 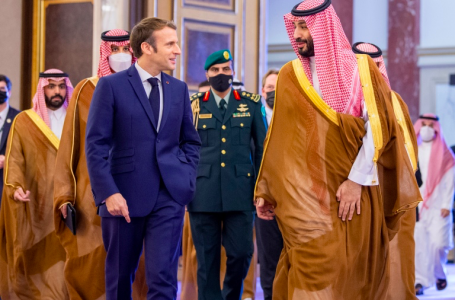 Will France succeed in replacing the US...

Has the US displayed the limits of...