Turkey and Palestine sign security agreement: Is this the first step towards a maritime deal?

Is the UAE secretly expanding its presence in Yemen?

Is Netanyahu’s time as prime minister coming to an end?

As the peace process has stalled between the Zaydi Shia Houthi rebels and the Saudi-led coalition in Yemen, Saudi Arabia and the United Arab Emirates have entrenched their hold on strategic parts of the country. Riyadh and Abu Dhabi are unlikely to give up their gains without significant international pressure.

While Saudi Arabia is consolidating its control of the strategic Mahrah, the UAE has its own plans.

The UAE has downsized its role in the war in the last year. The Emiratis have quietly chosen to get out of the Yemeni quagmire as much as possible and have substantially reduced their presence in Aden. They still have some small pockets of troops in Mokha, Shabwa, and a couple of other locations.

But they are very active in several key islands.  The UAE is reportedly building a new air base on a volcanic island off Yemen that sits in one of the world’s crucial maritime chokepoints for both energy shipments and commercial cargo, an Israeli military intelligence website has claimed.

Calling it UAE’s “military project,” Debkafile – a news site known to be close to the intelligence agency Mossad – said an attack helicopter base on the island, also called Perim Island, will give Abu Dhabi’s Crown Prince Sheikh Mohammed Bin Ziyad “means of controlling oil tanker and commercial shipping through the Red Sea’s southern chokepoint and up to the Suez Canal.”

“It will also give the Emirates a jumping off pad for rapid deployment forces to reach Yemen, although they withdrew from the civil conflict there during 2019-2020,” Debkafile said.

Yemeni officials demanded answers Wednesday after an Associated Press report also highlighted the mysterious air base being built on the Yemeni island in one of the world’s crucial maritime chokepoints.

Isareli Debkafile that offers analysis and commentary on military and international relations said UAE’s vessels loaded with heavy engineering equipment, building materials and troops have been sighted putting into the island since May, “raising rumours of a mysterious air facility which no country has claimed.”

Satellite images from Planet Labs Inc. obtained by the AP showed dump trucks and graders building a 1.85 kilometer (6,070-foot) runway on the island on April 11. By May 18, that work appeared complete, with three hangars constructed on a tarmac just south of the runway. Images from Tuesday showed vehicles parked at the base’s newly built hangars.

A runway of that length can accommodate attack, surveillance and transport aircraft. An earlier effort begun toward the end of 2016 and later abandoned had workers try to build an even-larger runway over 3 kilometers (9,800 feet) long, which would allow for the heaviest bombers. That earlier effort also saw ships linked to the UAE take part in the construction.

Military officials with Yemen’s internationally recognized government, which the Saudi-led coalition has backed since 2015, say the UAE is building the runway. The officials, speaking earlier to the AP on condition of anonymity as they didn’t have authorization to brief journalists, say Emirati ships transported military weapons, equipment and troops to Mayun Island in recent weeks.

While no country has claimed the Mayun Island air base in the Bab al Mandeb strait, shipping traffic associated with a prior attempt to build a massive runway across the 5.6-kilometre island years ago links back to the United Arab Emirates.

Another official openly criticized the UAE for “undermining” the government of President Abed Rabbo Mansour Hadi. A Saudi-led coalition fought on the government’s behalf when it entered Yemen’s long war in 2015 against the Iranian-backed Houthi rebels now holding its capital.

Is the UAE exploiting Yemeni tourism?

In another sign of the UAE taking advantage of and expanding its position in Yemen, the UAE has been accused of running tours including direct flights for tourist groups to the Yemeni island of Socotra without the permission of the Yemeni government.

According to a tweet on Friday by an adviser to the Ministry of Information, Mukhar Al-Rahbi, the island had “become violated by the UAE, which has planned to control it for years.”

“Today [the UAE] has become the primary controller in Socotra. Even the tourist delegations take permission to enter Socotra from the UAE,” Al-Rahbi said.

“The UAE is marching in groups of foreign tourists in clear encroachment on Yemeni sovereignty,” he added.

Sharing the same image on Twitter, Ahmed Al-Zarqa a journalist and the director-general of the Istanbul-based Yemeni news channel Belqees TV explained that “The UAE desecrates the Yemeni island of Socotra and organizes weekly flights to the island directly from Abu Dhabi and Dubai for foreigners.”

He also said that the photo of the foreign tourists was taken the week before, having arrived from the UAE.

Al Jazeera reported earlier this month that tourism to the island has increased and quoted a British tour operator who stated that new operators appear to be offering trips to Socotra on a weekly basis, despite the island having almost zero tourist infrastructure.

An article published in March on the Emirati news site, Gulf Today stated that the archipelago, famed for its unique biodiversity “will become a dream destination despite the country’s conflict”. One local agency, Welcome to Socotra has claimed it has received “hundreds” of requests since flights by Abu Dhabi started that same month.

However, many locals perceive the UAE as having an occupying presence on the island as it maintains military bases. The UAE-backed Southern Transitional Council (STC) militias took control of the island’s capital Hadibu in June, following clashes with forces of Yemen’s internationally-recognised government.

Meanwhile, the Saudi-led coalition denied on Thursday the rumors about the presence of United Arab Emirates (UAE) forces on the Yemeni islands of Socotra and Mayyun (Perim), Saudi Press Agency reported.

All the equipments currently present on Mayyun island are under the control of the Coalition Command, the coalition announced, adding that they have been deployed in order to enable the Yemeni and coalition forces to counter the Houthi militia, secure maritime navigation and support the forces of the West Coast.

The coalition stressed the UAE effort is concentrated with the coalition forces in confronting the Houthis by air in defending Yemen’s central province of Marib.

The coalition respects the sovereignty, unity and territorial integrity of Yemen, the statement noted.

The announcement came following some news reports on a mysterious air base that is being constructed on a strategically located island of Yemen and lies in the Bab El-Mandeb Strait, one of the busiest maritime checkpoints, crucial for commercial and energy shipments.

Despite the denials, there is mounting evidence of the UAE’s presence in the Islands, and its intent to use them for strategic and economic purposes. It remains to be seen whether this increasing role of the UAE will once again lead to a flashpoint between the UAE and the Hadi government. 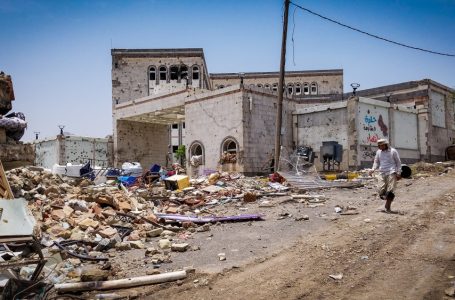 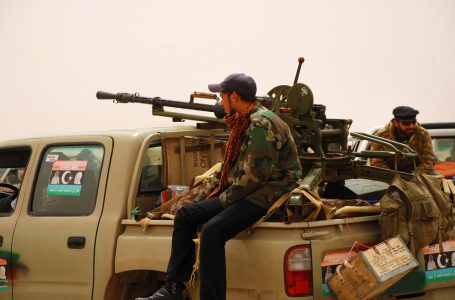 The battle for Libya: The UAE calls... 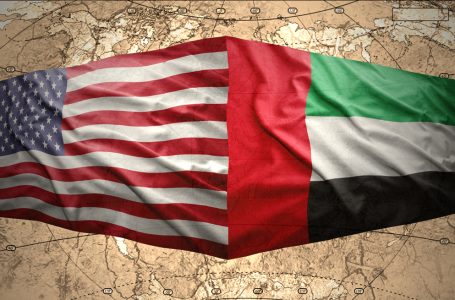 Is the UAE secretly expanding its presence in...