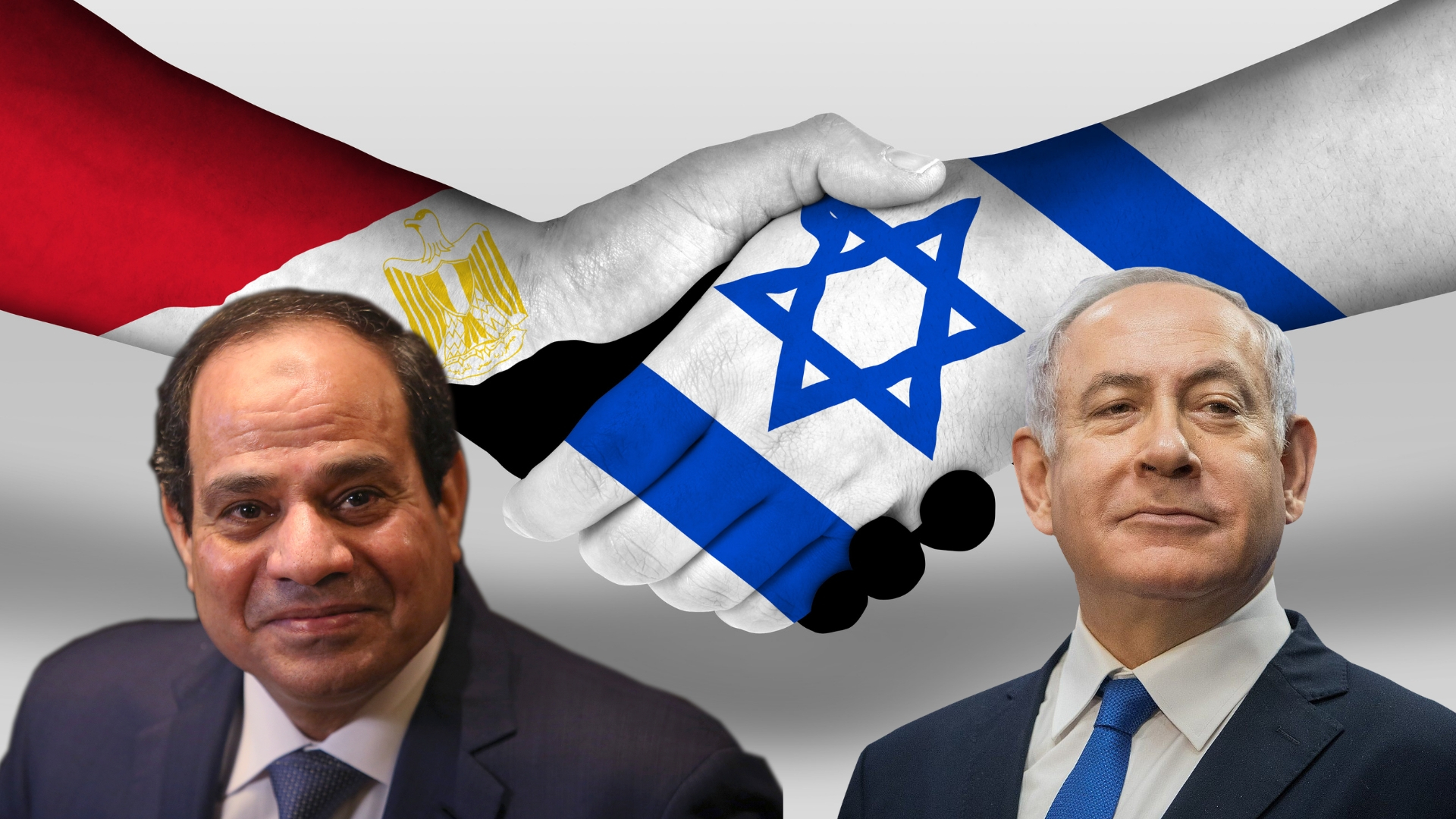 Handshake between israel and egypt flags painted on hands,

Handshake between israel and egypt flags painted on hands,

1. Egypt and Israel getting closer

Israel and Egypt are showing signs of closer relations in a changing Middle East. An example of the warm feelings being developed between the nations, is the statement of Avichay Adraee, the head of the Israeli military Arab media division, about thousands of Egyptian Christian Copts marking Holy Saturday in Israel, saying “We welcome the thousands of Egyptian Copts who arrived in Israel to participate in the Holy Saturday mass at the Church of the Holy Sepulchre in Jerusalem today.” To show the extent of the growth of the Israeli-Egyptian relationship, Samir Ghattas, an Egyptian MP and an Israeli affairs specialist stated: “Relations between the two capitals have been growing steadily and on all fronts. The current administration in Egypt is fully aware that Israel is a country with which Egypt had signed a peace treaty.” Cairo and Tel Aviv have had a long history of tensions and war, but relations seem to have taken a new turn, and they are now coordinating on several issues, including security in Sinai and relations with the Palestinian Hamas movement, which rules the Gaza Strip. Sisi also views Israel as an important aid in fighting the IS movement in Egypt.

In the latest sign of strengthening relations and increasing cooperation, Israel is set to begin exporting natural gas to Egypt next year, with volumes that could reach as much as seven billion cubic meters per year. This is according to  Israeli Energy Minister Yuval Steinitz. The project will transfer natural gas from Israeli offshore fields Tamar and Leviathan into the Egyptian gas grid. Egypt hopes to benefit from this, by using it as a stepping stone to becoming a key international trading and distribution centre for gas. Nevertheless, it is a move that significantly increases Israel’s influence in Egypt as well as the Middle East as a whole.

In addition to the planned gas project, Israel and Egypt are interested in working together on other energy projects.  For instance, upon the visit of Minister of Energy Yuval Steinitz to Egypt July 25 for the natural gas forum, and discussed with his Egyptian counterpart Tarek el-Mulla the creation of a land-based liquefaction facility on the shore of the Red Sea in the Sinai Peninsula, through which gas could be exported for energy needs to markets in Asia, which is planned to be built on Egyptian territory. Although this project will have a larger Egyptian influence it will also increase Israel’s economic reach.

The United Nations sees Egypt as a stabilizer in the region and a mediator between Israel and Palestine.  As UN Middle East envoy Nickolay Mladnov has confirmed late in May, Egypt has been central to his “preventive diplomacy” efforts. Although this is not Egypt’s step forward to gain influence in the region, however, Egypt are claiming an increasingly successful bid to gain indirect control of events in Libya through the agency of “Field Marshal” Khalifa Haftar, who conferred with Sisi in Cairo in mid-April Egypt is re-asserting another aspect of what it traditionally saw as its “role” (dawr masr, in Arabic). It is clear that Israel is not the only one in the relationship trying to increase their influence in the region, as Sisi wants to increase Egypt’s geopolitical role.

Despite the growing relationship with Israel, Abdel Fattah el-Sisi expressed support for the establishment of a Palestinian state on Thursday, while meeting US President Donald Trump’s senior adviser and son-in-law Jared Kushner in Cairo, in a meeting to discuss the Israeli Palestinian conflict. The MENA report from the meeting stated: “The president affirmed that Egypt supports all efforts aimed at reaching a just and comprehensive solution to the Palestinian cause based on international references, the two-state solution and the establishment of a Palestinian state with East Jerusalem as its capital.” Sisi’s comments come a few days after US Ambassador to Israel David Friedman refused to support Palestinian statehood in an interview with the US, while Kushner also pushed away from the idea of a 2 state solution earlier this year. It is clear that Egypt is playing a balanced position between the growing co-operation with Israel and the maintenance of the position supporting the Palestinian State, but it seems Egypt is leaning towards the former, as economic ties strengthen.