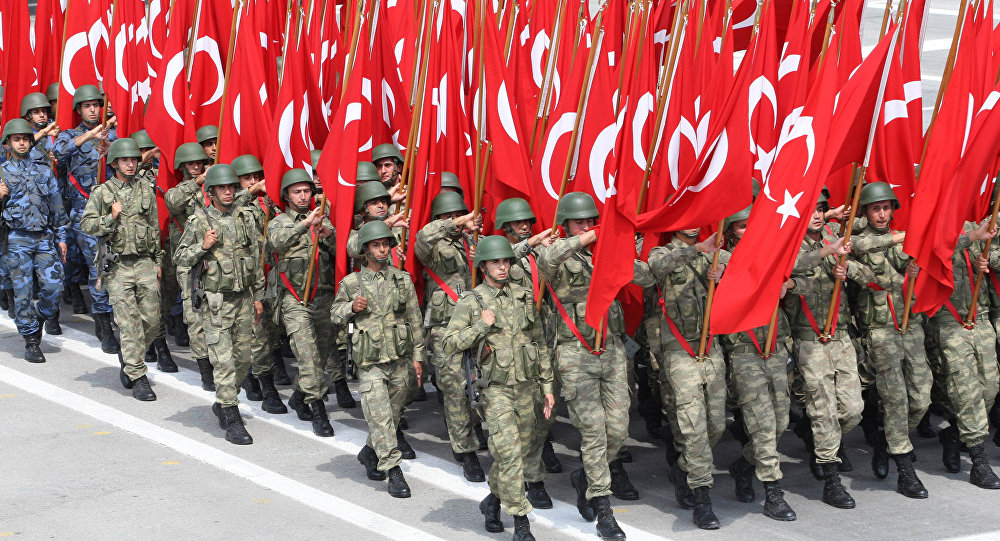 Last week, Turkish troops moved into Kurdish-occupied northern Syria in a move that sparked widespread international backlash while gathering widespread support in Turkey. The incursion aims to consolidate Ankara’s position at the Astana negotiation table. Turkey claims its move will help resettle millions of Syrian refugees in the newly captured towns and cities of northern Syria. Turkey’s goals in the attacks on Syrian border towns are twofold: First, to push back Kurdish-led militias that were backed by the US in the fight against ISIS and abandoned earlier this week. To Turkey, the militias are the Syrian affiliate of the PKK, a Kurdish separatist group that has carried out a series of attacks in Turkey that have killed at least 4,686 people since 2015, according to an analysis by the International Crisis Group. Then, within an 18-mile wide “safe zone” that Turkey hopes to secure, Turkish President Erdoğan says he will settle over a million refugees in a series of planned communities along the border. However, such a safe zone would be under Turkish military control it appears, which would make them a threat to the neighbouring territories controlled by Bashar Al Asaad and his backers in Russia and Iran. It is too early to call Turkey’s move a direct invasion of Syria, as the aim remains a safe zone to protect its border from the Kurdish terrorist threat, and to house refugees, but Turkey’s intentions will soon be clearer, as their objectives could go further if the operation is successful.

Turkey immediately faced a widespread international backlash once the news of its operation broke out, with the EU being one of the first to condemn it. EU sanctions against Turkey over its incursion into northern Syria are “on the table,” France said on Friday, while Sweden plans to push for a European arms embargo on Ankara. European countries and the Commission have condemned Turkey’s military offensive against Syrian Kurdish forces since it began on Wednesday. Amélie de Montchalin, the French minister for European affairs, told France Inter on Friday morning that a potential response to Turkey’s actions would be debated “at the European Council next week.” Asked if sanctions against Ankara would be under consideration, she said: “Obviously that’s on the table.” European leaders will meet for a summit on October 17-18. EU foreign ministers are also set to discuss Turkey and Syria at a meeting on Monday. Since then, France said on Saturday it has suspended all weapon sales to Turkey and warned Ankara that its offensive in northern Syria threatened European security. “In expectation of the end of this offensive, France has decided to suspend all plans to export to Turkey weapons that could be used in this offensive. This decision is with immediate effect,” a joint statement from the foreign and defence ministries said. It said that European Union foreign ministers would coordinate their position on Monday at a meeting in Luxembourg. In addition to this, the Arab League has released a statement condemning the act. Despite this Turkey has shown no signs of backing down, and is gaining ground fast on the offensive, challenging the international scene, and surely boosted by the domestic support.

In addition to the EU, Turkey’s move has directly challenged Russia and Iran, with whom it had positive and growing relations in recent months. Russia and Iran, who have forces on the ground in Syria, that seems to concern the Turkish president, Recep Tayyip Erdoğan. Their reaction may also reveal more about the long-term future of Syria’s eight-year civil war. So far both Tehran and Moscow have urged Erdoğan to show restraint, but they will also see opportunities amid the chaos created by Trump’s impulsiveness. “Everyone who is illegitimately on the territory of any state, in this case, Syria, must leave this territory. This applies to all states,” Putin told state news agencies RT, Sky News Arabia and Al Arabiya in an interview, according to Reuters. Putin, who is an ally of Syrian President Bashar Assad, added that Russian forces in Syria are ready to leave the country when a new legitimate Syrian government tells Moscow it doesn’t need its help anymore, the outlet reported. Erdogan looks like he is moving openly in defiance of Putin, possibly showing his ambition, and forcing us to rethink whether he plans on gradually transforming Turkey into a regional superpower.