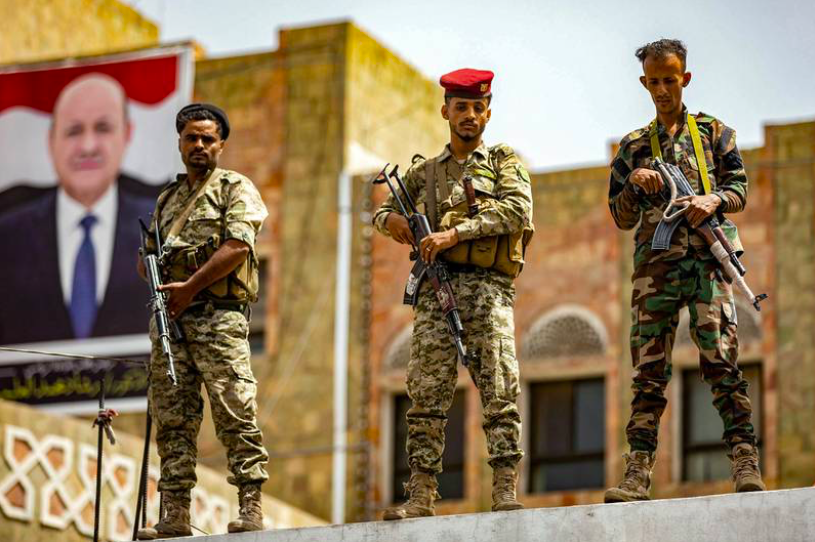 A truce between the Yemeni government and the country’s Houthi rebels has been extended for two months, the United Nations has announced.

The initial two-month truce, the first since 2016, began on April 2 and was set to expire on Thursday. Still, after days of negotiations, UN Special Envoy for Yemen Hans Grundberg announced that parties to the conflict had agreed to an extension.

“I would like to announce that the parties to the conflict have agreed to the United Nations’ proposal to renew the current truce in Yemen for two additional months,” Grundberg said.

“The announcement of the truce extension today shows a serious commitment from all parties to end the senseless suffering of millions of Yemenis,” the Norwegian Refugee Council’s (NRC) Yemen Country Director, Erin Hutchinson, said in a statement after Grundberg’s announcement. “The last two months have shown that peaceful solutions to the conflict are a real option.”

It is unclear what eventually convinced the warring sides to agree to a renewal of the truce at the last minute.

Though the provisions of the truce were not fully implemented – roads leading to the largely government-held city of Taiz continue to be closed by the Iran-aligned Houthis, for example – there have been some significant breakthroughs.

As part of the truce deal that went into effect on April 2, the parties to the conflict had agreed to halt all military operations inside Yemen and across its borders, operate two commercial flights a week from Houthi-controlled Sanaa to Jordan and Egypt, allow 18 fuel vessels into the port of Houthi-controlled Hodeidah, and open the roads in Taiz and other governorates.

According to the NRC, the number of civilians killed and injured in Yemen dropped by more than 50 percent in the first month of the truce.

Additionally, the parties have been meeting face-to-face under UN auspices for the first time in years to make progress toward opening roads in Taiz and other war-ravaged governorates and implementing nationwide military de-escalation mechanisms.

“I commend the parties for taking these steps, and for agreeing to extend the truce,” said Mr. Grundberg. “The truce represents a significant shift in the trajectory of the war and has been achieved through responsible and courageous decision making by the parties.”

He added that additional steps still need to be taken, particularly on road openings and commercial flight operations.

The Houthis have so far gained the upper hand for the most part of the war, and possess control of several key cities and regions.

In February 2021, Houthi rebels launched an offensive to seize Marib, the last stronghold of Yemen’s internationally recognized government, and in early March, Houthi rebels conducted missile airstrikes in Saudi Arabia, including targeting oil tankers and facilities and international airports. The Saudi-led coalition responded to the increase of attacks with airstrikes targeting Sana’a, Yemen’s capital. The offensive has been the deadliest clash since 2018, killing hundreds of fighters and complicating peace processes.

Breaking from previous U.S. policy, U.S. President Joe Biden announced an end to U.S. support for Saudi-led offensive operations in Yemen in February 2021. The United States continues to send and sell weapons to countries in the region as a response to Houthi-led attacks. While the United States announced an end to supporting offensive operations, it has refrained from pushing Saudi Arabia to end a blockade on the coast of Yemen, which has prevented fuel tankers from entering Hodeidah, the main port and access point for humanitarian aid to flow into the country.

An economic crisis continues to compound the ongoing humanitarian crisis in Yemen. In late 2019, the conflict led to the splintering of the economy into two broad economic zones under territories controlled by the Houthis and the Saudi-backed government. In Fall 2021, the sharp depreciation of Yemen’s currency, particularly in government-controlled areas, significantly reduced people’s purchasing power and pushed many basic necessities even further out of reach, leading to widespread protests across cities in southern Yemen. Security forces forcefully responded to the protests.

Unity could finally be achieved

Yemen’s Presidential Leadership Council has formed a military commission to restructure the army and security apparatus, a statement released on Monday said.

The goal of the newly approved military and security committee is to prevent internal clashes within Yemeni forces and to create a unified joint command, the council said in a statement issued after a meeting headed by its chairman, Gen Rashad Al Alimi.

The council said the decision was in accordance with Article 5 of the agreement announced last month in Riyadh regarding the transfer of power from Yemeni President Abdrabu Mansur Hadi.

The 59-member committee will be headed by Maj Gen Haitham Qassem Taher, with Maj Gen Taher Ali Al Aqili as deputy. It includes Brig Gen Hussein Al Hayal, a former director of the Office of the Minister of Defence, the council said.

“The council also agreed to form a committee to evaluate and restructure the intelligence services, stressing the importance of these committees carrying out their duties in achieving security and stability, and adopting policies that ensure the integration of all military and security forces under a unified national leadership,” said the statement carried by the Saba news agency.

The eight-member council includes powerful political and military figures — some involved in the continuing civil war with the Houthi rebel group.

Maj Gen Aidarous Al Zubaidi, the deputy head of the council who also heads the Southern Transitional Council, told The National last month that the council would form bodies to audit and oversee spending. This, he said, was in an attempt to clamp down on corruption in the liberated areas of Yemen.

Yemen’s warring parties met in the Jordanian capital Amman last week to discuss lifting a blockade by the rebels of the country’s third largest city of Taez. The talks were inconclusive.

Lifting the siege is one of the conditions of a two-month UN-brokered truce that began on April 2. Government figures have said it is essential to prospects of extending the nationwide ceasefire, the first in more than six years.

The anti-Houthi forces are uniting and forming a strong structure that would maintain unity and coherence within the coalition. This could lead to a change in tide of the war. It does appear that the Saudi led coalition is utilizing the extended truce period to regroup and expand the capabilities of its forces, signalling that peace may still be far from sight.