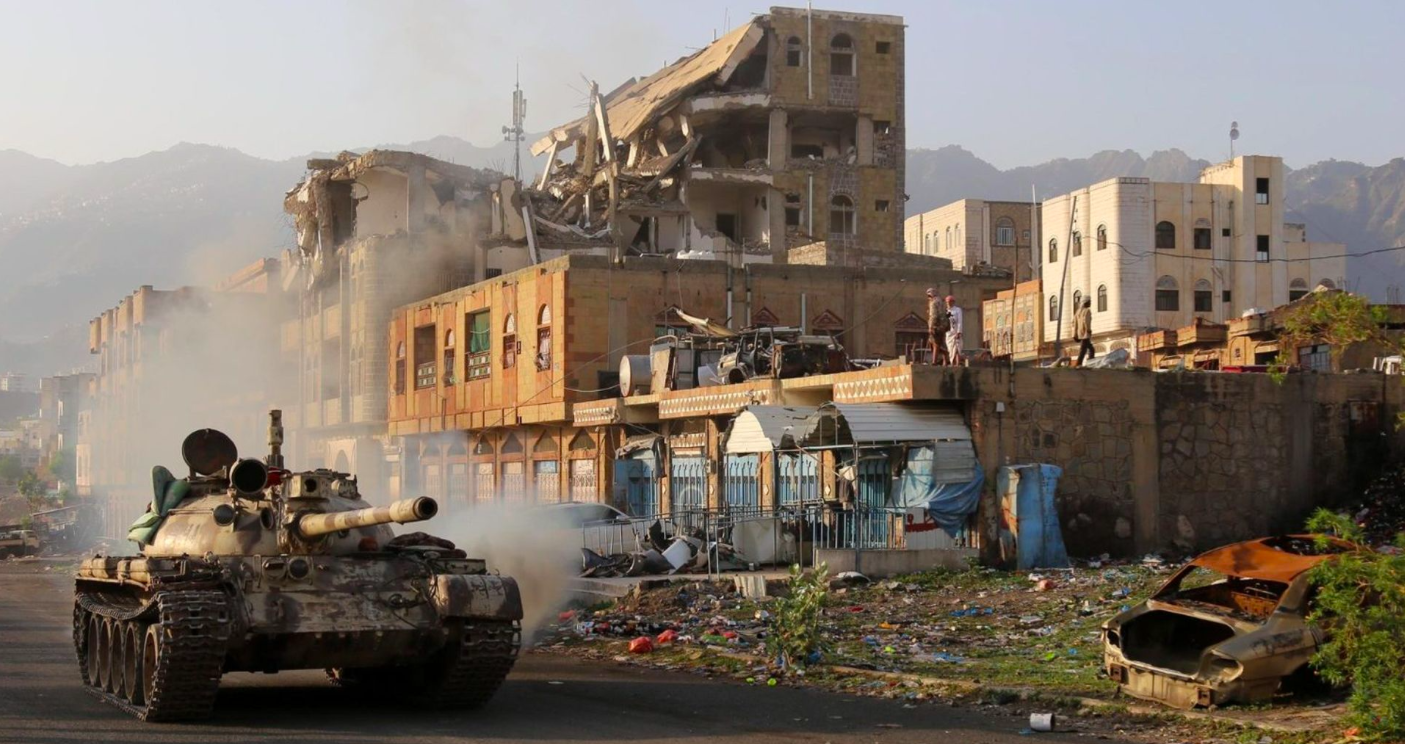 Background and the conflict so far

For over a decade, the Republic of Yemen has been torn apart by multiple armed conflicts to which several internal militant groups and foreign nations are parties, mainly between the Saudi-led coalition and Iran-backed militant group the Houthis. Collectively, these conflicts have eroded central governance in Yemen, and have fragmented the nation into various local centers of power.

Beyond geo-strategic concerns, the collapse of Yemeni institutions during wartime has exacerbated poor living conditions in what has long been the most impoverished Arab country, leading to what is now considered the world’s worst humanitarian crisis.

As of December 2020, Yemen remains beset by multiple armed and political conflicts which, in their totality, have crippled central governance, devastated the national economy, and exacerbated a longstanding humanitarian crisis. One U.S.- and European-funded organization, the Armed Conflict Location & Event Data Project (ACLED), estimates that from the start of regional intervention in Yemen in March 2015 until November 2020, over 130,000 Yemenis had been killed in various acts of violence.

Much of the fighting in recent years had been not only between the Saudi-led coalition and the Houthis, but also between the former and the UAE-backed Southern separatists. This had caused disunity on the Saudi front, and led to disastrous conditions on the ground in Yemen.

However, last year, Yemen’s southern separatists pledged to abandon their aspirations for self-rule and implement the Saudi-brokered power-sharing agreement with the government of President Abd-Rabbu Mansour Hadi. Nizar Haitham, a spokesman for the separatists’ Southern Transitional Council, an umbrella group of militias backed by the United Arab Emirates, said the separatists would give up their dreams of autonomy over southern Yemen to pursue the Riyadh agreement. “We have achieved our goals,” said Haitham, noting that the announcement came under intense pressure from Saudi Arabia and the U.A.E. “We affirm the continuing and deepening of our strategic partnership with the Arab coalition.”

The rapprochement came as Saudi Arabia and the UAE have sought to inch away from their war with the Houthi rebels, which has pushed millions to the brink of famine and settled into a bloody stalemate.

As of late 2020, the epicenter of fighting has been around the northern governorate and city of Marib, one of the last Yemeni areas under the control of the Saudi-backed Republic of Yemen government (ROYG) and where Yemen’s modest oil and gas reserves are located. The Houthis have been pressing ROYG forces along three fronts, but Saudi airstrikes have somewhat slowed Houthi advances. Tribal forces aligned with the ROYG also have stymied the Houthis from seizing Marib city, as several local tribes have strong ties to Saudi Arabia and have coordinated with Saudi forces to repel the Houthi offensive.

As all sides are tired of the conflict which has hardly brought any results for both sides, the Saudi-UAE agreement was an important step in reaching peace, providing they are ready to negotiate with the Houthis. However, there remained doubts whether the agreement would actually begin in practice.

The Saudi-led drive toward a new power-sharing government in Yemen has raised hopes of an end to the country’s devastating war, key figures said on Saturday.

The new government was “an important step for enhanced stability, improvement of state institutions and increased political partnership. It is also a pivotal step toward a lasting political resolution to the conflict,” said  Martin Griffiths, the UN secretary-general’s special envoy to Yemen.

The UAE said it hoped this development would lead to a political solution to the crisis.  Bahrain called it an important step in strengthening and unifying Yemeni efforts to confront the Iran-backed Houthi militia and achieve security, peace and stability for the Yemeni people. President Abed Rabbo Mansour Hadi announced the formation of the power-sharing government on Friday, in line with the Riyadh Agreement signed with the Southern Transitional Council last year.

“This is another step toward peace that the Yemenis desperately need,” said British Foreign Secretary Dominic Raab.

How will the Houthis be dealt with: Will Biden play a role in peace?

Now, it is upon the UN and the international community to push for renewed talks that should force Al Houthis and this new power-sharing government to reach a peace deal. However, this will be hard to achieve.  The US could intervene in order to achieve a deal, especially as the Biden administration comes in.

The Houthi’s attacks on the remaining cities have continued in recent months. Twelve rights groups, medical workers and officials in Yemen’s southern city of Taiz have called for the protection of civilians against arbitrary mortar strikes by the Iran-backed Houthis.

Medical workers in Taiz told Arab News on Monday that increasing mortar strikes by the Houthis have placed more pressure on the city’s health facilities that are working as full capacity due to the war and the coronavirus pandemic.

On November 20, the Secretary General of the United Nations (UN), Antonio Guterres, warned that war-torn Yemen was on the brink of experiencing “the worst famine the world has seen for decades” and that millions of lives may be lost in the absence of immediate action.

Through his campaign promises, President-elect Joe Biden promised Yemeni-Americans two things. First, to abolish the unconstitutional Travel Ban, which impacted Muslim-majority countries and the families of the Yemeni-American community. Second, to “end US support for Saudi Arabia’s war in Yemen.” Many believe Biden should go one step further and pledge to end the war itself.

There is an urgent need for both the Yemeni government and the Houthis to conclude the negotiation of a Joint Declaration. As time goes by and Yemen’s conflict continues, the solutions become increasingly difficult, as the parties and actors in the conflict fragment and multiply and state institutions erode. The war economy eventually entirely replaces the national economy, creating more lucrative and attractive incentives for those who benefit from continued fighting.

If the UN-led process proves to be unsuccessful, another option is to reintroduce former Secretary of State John Kerry’s peace plan of 2016. The Kerry Plan was drafted under the Barack Obama administration and was unfortunately put forward in the last months before Trump took office. Despite President Trump’s initial urgent call to end the war in Yemen during his first months in the Oval Office, internal dynamics and compromises by the Trump administration caused Yemen’s war to be forgotten and treated with indifference.

Trump’s hostile relations with Iran were another obstacle in any realistic prospects of a peace deal, something which Biden can change.