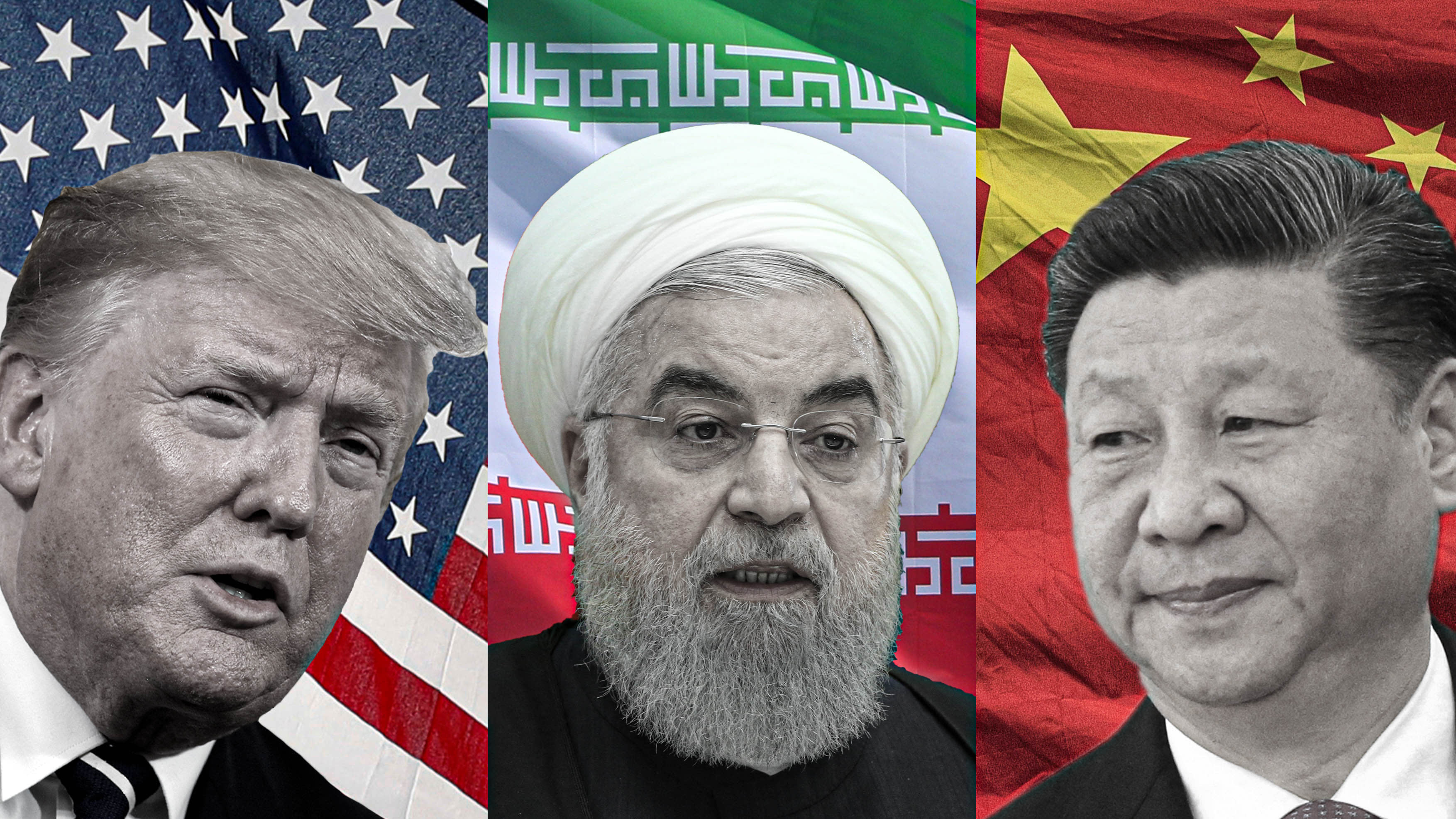 China stands up to the US about Iran oil sanctions

In a sign that China is increasingly more closely linked to Iran both economically and geopolitically, China’s foreign ministry has criticised sanctions imposed by the United States on specific Chinese entities and people, which the US accuses of knowingly transferring oil from Iran in violation of Washington’s curbs on Tehran. “We always oppose the so-called long-arm jurisdiction and unilateral sanctions,” ministry spokesman Geng Shuang said on Thursday. “We also oppose the bullying practice of the US.” China’s cooperation with Iran is legitimate and legal and should be respected and protected, Geng said, adding: “We urge the US to correct its wrongdoing.” Furthermore, the US has put sanctions on several Chinese companies and their top officials for allegedly shipping Iranian oil, putting dozens of supertankers off-limits to western energy traders.  However, analysts think it is unlikely China will immediately stop taking Iranian crude, despite the US pressure. Beijing is keen not to be seen being bullied by Washington when the two countries are already fighting over trade. This is a sign that China sees Iran as an increasingly strategic ally and symbol in opposing the West.

China has also shown a movement towards Iran in its large-scale economic investment, as following an August visit by Iran Foreign Minister Mohammad Javad Zarif to Beijing, the two countries agreed to update a 25-year program signed in 2016, to include an unprecedented $400 billion of investment. The capital injection, which would focus on Iran’s oil and gas sector, would also be distributed across the country’s transportation and manufacturing infrastructure. In return, Chinese firms will maintain the right of the first refusal to participate in any and all petrochemical projects in Iran, including the provision of technology, systems, process ingredients and personnel required to complete such projects.  this may not prove a financially sound endeavour by Beijing, as Chinese companies will come under U.S. sanctions, but it will certainly add another layer of consideration for the US, as increasingly, an attack on Iran could be seen as an attack on Chinese investment.

Could Iran get China’s military support?

While China’s geopolitical interests in Iran are seemingly increasing fast, and vice versa, the question remains whether the 2 nations would support each other militarily in the event of a conflict, possibly with Western powers. In a sign that this may increasingly be the case, General Ghadir Nezami Pour, chief of international affairs and defense diplomacy for the Iranian military’s general staff, told the country’s Mosalas magazine Saturday that Iran has “begun joint exercises with other countries, and for the first time since the Islamic Revolution, we will hold joint naval exercises with Russia and China as the two major powers in the northern Indian Ocean and the Oman Sea.” The announcement came at a time of especially heightened tensions in the nearby Persian Gulf. Facing a U.S.-led “International Maritime Security Construct” joined by Australia, Bahrain, Saudi Arabia, the United Kingdom and the United Arab Emirates, Iranian President Hassan Rouhani introduced his plans Sunday for a “coalition for hope” called the “Hormuz Peace Endeavor,” to which invitations would be extended to all countries along the critical Strait of Hormuz⁠ as well as to Russia and China. If China joins such a coalition, the likeliness of its military support of Iran would definitely increase and would symbol a major problem for the US.