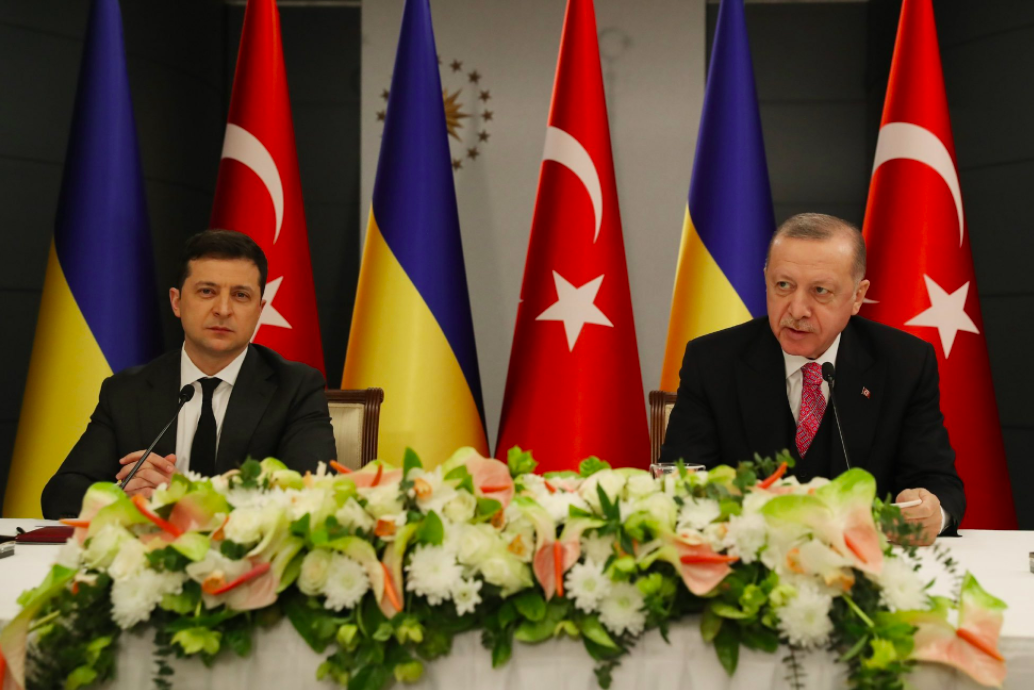 Russia builds up troops in Donbass

Multiple sources have reported large Russian military movements towards the eastern Ukraine border and into Crimea, which Russian forces annexed from Ukraine in March 2014.

The Kremlin has not given details about the units involved. President Vladimir Putin’s spokesman Dmitry Peskov said moving troops across Russian territory was an “internal affair” which should not concern anyone. Some of the troops, including units in Crimea, have been on exercises. But Mr Peskov also accused Ukraine of staging “provocations”.

In total, according to the Ukrainian presidency, Russia now has about 40,000 on the eastern border and about 40,000 in Crimea.

Ukraine urged Russia to pull back troops from its border as Secretary of State Antony Blinken warned the U.S. would impose “costs” on any Kremlin aggression.

The Foreign Ministry in Kyiv told Russia on Monday to cease what it called “military rhetoric and disinformation.” The Kremlin reiterated that its military movements are a response to the threat of a renewed offensive by Ukraine’s army — a claim Ukraine denies.

With Putin’s spokesman, Dmitry Peskov, talking last week about the risk of “full-scale military action” resuming, Ukraine’s allies have been trying to head off potential missteps.

Ukraine wants the West to restrain Russia by hitting it with new sanctions.

Angela Merkel has called on the Kremlin to unwind its recent military buildup near eastern Ukraine, the chancellor’s office announced in a statement released Thursday.

Following the call, the Kremlin also released a statement saying the two leaders had “expressed concerns over the escalation of tensions in the southeast of Ukraine.”

“Vladimir Putin drew attention to the provocative actions of Kyiv, which has recently been purposefully exacerbating the situation on the front line,” according to the statement.

The deputy head of Russia’s presidential administration, Dmitry Kozak, was quoted by the TASS agency on Thursday as saying that any major military hostilities could mean “the beginning of the end of Ukraine.” He argued that Russia would be forced to defend its citizens in eastern Ukraine.

Amid tensions with Russia on their Eastern border, Ukraine has shown the importance of its strategic ties with Turkey, as Ukrainian President Volodymyr Zelenskyy visited Istanbul over the weekend to mark the 10th anniversary of his country’s strategic partnership with Turkey and shore up support from his Black Sea neighbour as tensions escalate with Russia over Ukraine’s simmering war in Donbas.

“Turkey’s support for the restoration of our sovereignty and territorial integrity is extremely important,” Zelenskyy stated in a joint news conference with Turkish President Recep Tayyip Erdogan.

Following a meeting with the Turkish leader, Zelenskyy tweeted, “We share common values with #Turkey, including human life and support.”

While Turkey spars with the United States and other Western European leaders over the purchase of the Russian-made S-400 missile system and the conflict in Syria, the aspiring NATO country of Ukraine has developed strong ties with Ankara.

In 2017, the countries created a passport-free travel zone and they are currently working on the implementation of a free-trade agreement, which leaders say will more than double the level of bilateral trade between them.

Speaking alongside his Ukrainian counterpart, Volodymyr Zelenskyy, in Istanbul, Erdogan said the situation could be resolved through dialogue. The Turkish president also said that he supported Ukraine’s territorial integrity.

Signalling a cautious and balanced approach by Erdogan towards the Ukrainian-Russian tensions, Erdogan said the cooperation between the Turkish and Ukrainian defense industries, which includes the sharing of technology to produce drones and naval corvettes, was not directed against any third country, clearly referring to Russia and their concerns.

Turkey showed their intent to maintain their ties with Russia, despite strategic support for Ukraine, when Erdoğan and his Russian counterpart Vladimir Putin discussed the Ukraine crisis on Friday, right before Zelensky’s visit.

Putin told Erdoğan that it is important to observe the current requirements of the Montreux Convention on Turkish straits amid reports on U.S. plans to bolster its presence in the Black Sea.

A notice was sent to us 15 days ago via diplomatic channels that two U.S. warships would pass to the Black Sea in line with the Montreux Convention.

“The ships will remain in the Black Sea until May 4,” Foreign Ministry sources said, adding that the ships are expected to arrive on April 14 and April 15, separately.

The announcement triggered an immediate reaction from Moscow, which expressed concern over the increased activity in the Black Sea, as IFAX reported Friday. “Any such movements must be in line with the Montreux Convention,” Russia expressed

The 1936 Montreux accord gives Turkey control over the Bosporus and Dardanelles straits. It also limits access to naval warships and governs foreign cargo ships.

Despite Turkey’s attempts to strike a balanced stance, Russia remains concerned. Russia warned several countries, including Turkey, to stop supplying weapons to Kyiv, as tensions have escalated in eastern Ukraine.

“We urge all responsible countries that we communicate with – and Turkey is one of them – that we strongly recommend they analyze the situation and the Kyiv regime’s constant belligerent statements, and we also warn them against encouraging these militaristic aspirations,” Russian Foreign Minister Sergei Lavrov was quoted as saying Monday in Egypt by the Itar-TASS news agency.

Even if war erupts between Ukraine and Russia, it is very unlikely that Turkey directly commits its military to support Ukraine, however, experts believe Turkish support would likely entail advisers and technicians being sent to Ukraine as they were in Azerbaijan. “A combination of the widespread use of UCAVs and experienced input.”

If heavier fighting breaks out in the east, Ankara may be given the chance to turn the tables on Russia as Moscow has done in Syria.