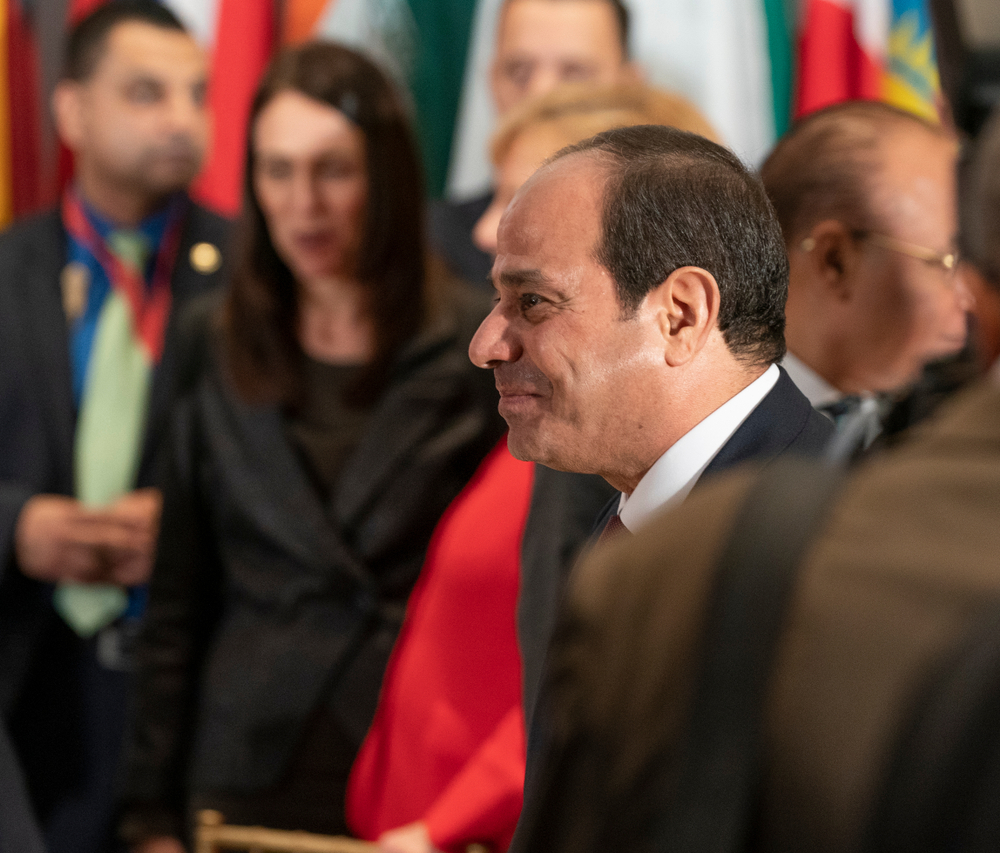 The US is increasingly concerned with Sisi

In a letter released on Monday, 55 congressional Democrats (and one independent) urged el-Sisi to release those “unjustly detained for exercising their fundamental human rights”.

“The unjust detention of Egyptian human rights defenders, peaceful political activists and other prisoners of conscience is in direct opposition to the rights and freedoms enshrined in Egyptian and American law,” said McGovern.

The politicians warned that the continued unjust imprisonment might result in their deaths in the face of significant COVID-19 outbreaks in Egyptian prisons.

“We are deeply disturbed that in the middle of a pandemic, the Egyptian government continues to wrongfully hold these political prisoners in overcrowded prisons – places where we know COVID-19 can spread like wildfire and cause severe illness and death,” added McGovern.

The Trump administration has consistently turned a blind eye to such events as a result of their strong reliance on Egypt as an important geopolitical ally in the Middle East.

Experts have debated whether the result of the upcoming US elections could change this, with Biden being the opposition candidate. Following the release of the US student Mohamed Amashah by the Sisi regime in July this year after almost 500 days in prison without trial, Biden tweeted his relief at the release, also referencing Sisi’s “torturing and exiling” of Mohamed Soltan and the late Sarah Hegazi. But it was Biden’s last sentence that put the cat among the pigeons: “No more blank checks for Trump’s ‘favorite dictator'”, the presidential frontrunner wrote. Could it be under the potential presidency of Joe Biden that the US finally stops financially underwriting the Egyptian Armed Forces?

However, there was no substantial attempt by Obama to stop US aid to Egypt based on Sisi’s human rights violations – he simply held the aid back while the bodies in the streets of Rabaa and Nadha were still warm, but then released it once Sisi established “stability”.  That said, it would be remiss to imagine that Biden’s words are entirely without meaning. Though Trump’s personal affection for Sisi has certainly emboldened him as he ruthlessly transitions Egypt into a totalitarian state, the reality is that Egypt’s geopolitical importance is now hugely diminished.

US aid to Egypt continues

Nevertheless, US financial aid to Egypt has continued uninterrupted. U.S. Agency for International Development (USAID) Acting Administrator John Barsa is visiting the Arab Republic of Egypt from October 6-8, 2020 in support of the United States’ commitment to economic development and religious freedom. He is joined by Deputy Assistant to the President Sarah Makin and USAID Chief Advisor for International Religious Freedom Samah Norquist. Accompanied by U.S. Ambassador Jonathan R. Cohen, the delegation visited several historic sites in Old Cairo that the United States, through USAID, helped preserve by lowering the groundwater and installing sewer lines.

Last week, the United States, through the U.S. Agency for International Development (USAID), and Egypt’s Ministry of International Cooperation signed an agreement to add $22.8 million to the five-year Inclusive Economic Governance bilateral assistance agreement. In line with Egypt’s Vision 2030, this funding is intended to improve the investment environment and empower women to join in the labor force.

According to visiting Acting USAID Administrator John Barsa, “We are pleased to announce that the United States is contributing an additional $22.8 million to support Egypt’s economic growth and women’s empowerment, as part of a five-year agreement to advance economic growth that benefits all Egyptians. The United States looks forward to continuing our partnership to support effective and transparent public institutions, empower women and youth, encourage cooperation between different faith communities, and ensure that all Egyptians benefit from essential services.”

U.S. Ambassador Jonathan R. Cohen stated, “Over the past 40 years, the United States has invested over $30 billion in Egypt’s development. We helped bring water and sanitation services to over 25 million Egyptians, helped digitalize and grow the telecommunications sector, brought electricity to millions of Egyptian homes and businesses, preserved historic sites, assisted farmers, built thousands of schools, trained over 100,000 teachers, and eliminated polio in Egypt, among other contributions. We will continue to position Egypt for a prosperous future.”

This latest support for Egypt is part of the four decades of partnership between the American and Egyptian people to bolster self-reliance, foster stability and promote sustainable economic growth.

What the Israel peace deals mean for Egypt

When the UAE and Bahrain officially normalised relations with Israel on 15 September, US President Donald Trump hailed “the dawn of a new Middle East”.

Egypt is today waking up to what this new era spells for it. There are two types of disaster for Egypt contained in the implicit bid of the UAE to become Israel’s main Arab trading partner – both prospective and immediate disasters.

To start with the long-term peril first, a desert oil pipeline that was once operated as a secret joint venture between the Shah’s Iran and Israel could play a big role in connecting the Arab pipeline grid to the Mediterranean. The 254-kilometre Europe Asia Pipeline Company’s pipeline system runs from the Red Sea to the Israeli port of Ashkelon.

Along with the pipeline, Dubai’s state-owned DP World is partnering with Israel’s DoverTower to develop Israeli ports and free zones, and to open a direct shipping line between the Red Sea port of Eilat and Dubai’s Jebel Ali port.

Neither the pipeline nor the port link-up is good news for the Suez Canal, which Egyptian President Abdel Fattah el-Sisi just spent $8bn widening. That includes the money he forced Egyptian businessmen and ordinary shareholders to put into the doomed project. Overnight, Sisi’s canal will be undercut by a cheaper means of getting oil from the Red Sea to the Mediterranean.

There are other, more immediate perils for his regime. With the normalisation deal, Cairo loses the role it enjoyed for decades of mediating relations between Arab states and Israel. With that came ownership of the so-called Palestinian card as Egypt was the reference point for all Palestinian factions – arranging ceasefires between Israel and Hamas in Gaza, or reconciliation meetings between Fatah and Hamas in Cairo. It is significant that the latest attempt to reconcile Fatah and Hamas took place in Ankara not Cairo.

For commentators such as Mohamed Ismat, writing in Shorouk News, the loss of Egypt’s status goes even further: “The entire Arab national security system, with all its military, political and economic dimensions, will be utterly dismantled. All Arab world rhetoric about freedom, unity and independent development will be ossified and stored in warehouses,” he writes.

Therefore, although Israel’s peace agreements with the Gulf states may appear as beneficial for Egypt geopolitically, it could have a negative economic impact on the African nation.