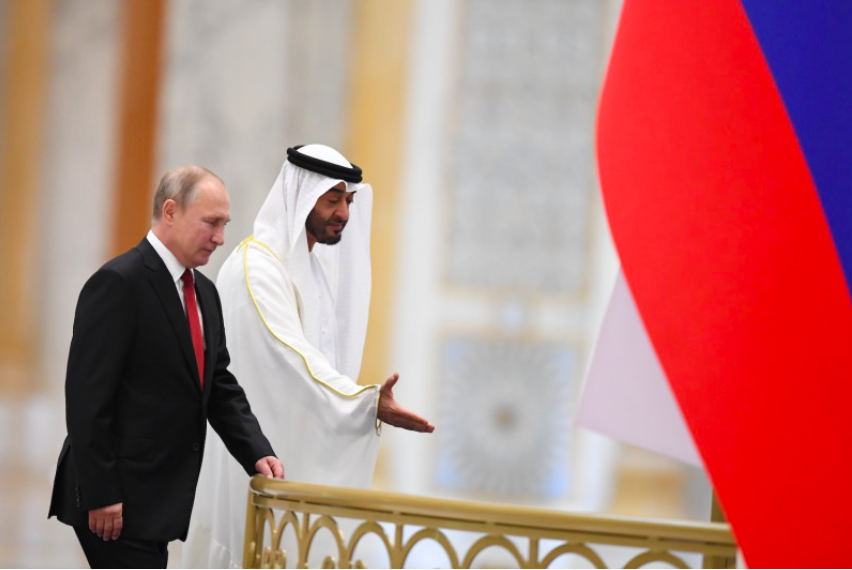 The rise of UAE as a reliable US ally

The UAE has in the past years been swiftly rising as a top US ally in the Middle East that can be relied on. The UAE’s geographical position places it at the forefront of what it and the US view as the Iranian threat, and is hence crucial in balancing that threat and ensuring that it does not grow. The UAE is also very active in developing its military and geopolitical position in the face of this threat, and the results of this can be observed not only in the domestic growth of the military but also the Southern Separatists in Yemen who they fund and back.

In the last few years, the US has realised the strategic importance of the UAE and their clear intent and has hence kept constant contact and collaboration with the Gulf State.

The most recent move that has propelled the UAE to being the US’s top strategic ally in the region was the recent deal between the former and Israel. Last month, Israel and the United Arab Emirates reached a deal to normalise relations, with Israel agreeing to suspend its controversial plans to annex parts of the occupied West Bank. In a surprise statement by US President Donald Trump, who helped broker it, the countries called the accord “historic” and a breakthrough toward peace. The United Arab Emirates has therefore become the first Gulf Arab country to reach a deal on normalising relations with Israel, capping years of discreet contacts between the two countries in commerce and technology.

Until now Israel has had no diplomatic relations with Gulf Arab countries. But shared worries over Iran have led to unofficial contacts between them.

This will inevitably substantially increase the US’s trust in the UAE, as the US views Israel’s stability as a fundamental objective in the Middle East, and the UAE may no longer be seen as a threat. However, reservations remain.

The US accuses the UAE of funding Russian fighters in Libya

In an interesting turn of events that could have monumental consequences for the US-UAE relations, the Pentagon has said that the UAE is funding Russian mercenaries to fight the US-backed government of Libya as the Trump administration prepares to sell the Gulf state $23 billion of weapons.

A report by the Pentagon’s inspector general determines that the UAE is the main financial backer of Wagner, the Russian mercenary group in Libya, as its agents fight against the internationally recognised government in Tripoli, in the first official public linking of the two.

UAE has been present in Libya where it backs rebel administration and rogue retired Gen. Khalifa Haftar opposed to UN-backed Government of National Accord (GNA) headquartered in Tripoli.

Haftar, also backed by Russia, Egypt, Saudi Arabia, France, has contracted the Russian private military company during his military offensive to unseat the GNA. The GNA managed with the help of Turkey and Qatar to foil the military campaign in May. The report said the UAE has used the Russian presence to blur its engagement in Libya. “The increased Russian presence in Libya has also coincided with Emirati drawdowns, further sparking suspicions. As cargo shipments began to tick up and more Turkish troops entered the country, the UAE withdrew its equipment from the al-Khadim airbase near Benghazi and allowed Russian forces to take over the facility,” it said.

Abu Dhabi and Moscow according to the report, in January sent an increased number of cargo planes likely carrying weapons and ammunition to eastern Libya and western Egypt.

The US still placing its trust in the UAE

Despite this turn of events, the US still appears to maintain its trust in the UAE, possibly understanding that the latter’s own geopolitical ambitions in the region, and the way it facilitates them, does not necessitate direct affiliation with Russia, just like NATO member Turkey’s joint patrols in Syrian border lands.

The UAE still is one of America’s most reliable allies. The Emirati air force was among the earliest participants in the US-led coalition in Syria against ISIS targets, and flew sorties in Afghanistan alongside NATO members’ air forces. Emirati pilots train together with America’s in Nevada.

And James Mattis, before he was Trump’s secretary of defense, was a Marine general in charge of US Central Command who joined others in characterizing the Emirati armed forces as “Little Sparta” (a slightly incongruous moniker given that Sparta wasn’t that big to begin with). The list of US-Emirati cooperation and mutual respect goes on. But you get the idea.

Furthermore, the intelligence reporting, according to current and former officials, has done nothing to slow U.S. arms sales down to the Gulf country. The Trump administration is seeking congressional approval of an unprecedented $23 billion sale of weapons to the UAE, including of some of the U.S.’s most advanced military technology, like the F-35 fighter and MQ-9 Reaper drones. If it goes forward, the sale will shift the long-term balance of power in the region.

The UAE is one of the U.S. military’s closest partners in the Middle East and is seen, despite its relatively small size, as a rising military power in the region. But the country’s support for military dictatorships, like the regime in Egypt, as well as its increasing ties to Russia and China, have caused some in Washington to view it is a problematic ally. The country nonetheless remains one of America’s largest arms customers, having bought billions of dollars’ worth of weapons from U.S. manufacturers in the past decade.

Neither the DIA nor U.S. Africa Command provided comment before publication. Spokespersons for the UAE Embassy did not respond to multiple requests for comment. A spokesperson for the CIA declined to comment.