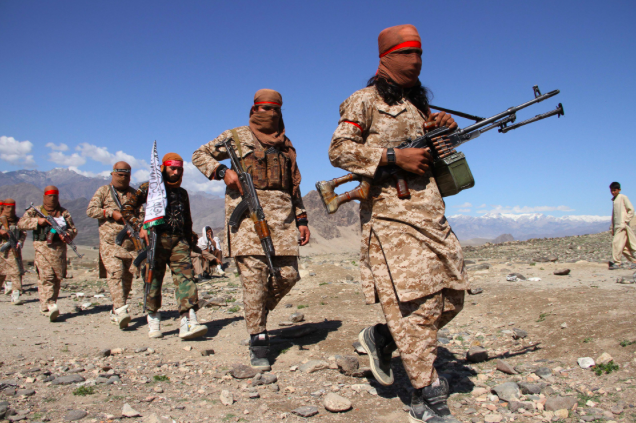 US withdrawal from Afghanistan

The departure of the bulk of the more than 4,000 troops that have been in the country in recent months is unfolding well before President Joe Biden’s Sept. 11 deadline for withdrawal. And it comes amid accelerating Taliban battlefield gains, fueling fears that the Afghan government and its military could collapse in a matter of months.

Roughly 650 U.S. troops are expected to remain in Afghanistan to provide security for diplomats after the main American military force completes its withdrawal, which is set to be largely done in the next two weeks, U.S. officials told The Associated Press on Thursday.

The officials were not authorized to discuss details of the withdrawal and spoke to the AP on condition of anonymity.

Officials have repeatedly stressed that security at the Hamid Karzai International Airport in Kabul is a critical requirement to keeping any U.S. diplomatic staff in Afghanistan. Still, the decision to keep additional troops there for several more months makes it more complicated for the Biden administration to declare a true end to America’s longest war until later this fall. And it keeps the embattled country near the forefront of U.S. national security challenges, even as the White House tries to put the 20-year-old war behind it and focus more on threats from China and Russia.

Most recently, the US military left Bagram Airfield – its key base in Afghanistan – in the dead of night without notifying the Afghans, the base’s new commander said.

General Asadullah Kohistani told the BBC that the US left Bagram at 03:00 local time on Friday, and that the Afghan military found out hours later.

Bagram also contains a prison, and there are reportedly up to 5,000 Taliban prisoners left in the facility.

The Taliban have been advancing rapidly in Afghanistan as US troops withdraw.

Hundreds of Afghan security force members have fled into neighbouring Tajikistan in the face of Taliban advances since the United States vacated its main Afghan base, centrepiece of US and NATO might for almost two decades in the country, as part of a plan to withdraw all foreign troops by September 11.

On Sunday, more than 1,000 Afghan security personnel retreated across the northern border into Tajikistan after Taliban advances, the Tajik border guard service said, while dozens of others were captured by the insurgents.

In the face of a re-energised Taliban assault Afghan government forces are abandoning their posts, but the fight is far from over as the Taliban is also rumoured to be taking heavy losses.

Hundreds of Afghan soldiers are either surrendering or running away from the continuing intensified Taliban assault, which has allowed the group to gain a dozen districts across northern Afghanistan.

The Taliban’s recent campaign, which has evoked memories of its 1996 takeover of Kabul, the Afghan capital, is happening amid the US-led NATO withdrawal from the war-torn country.

Obaidullah Baheer, an Afghan political analyst and a lecturer of Transitional Justice at the American University in Kabul, sees multiple reasons for why central government forces are abandoning their posts in the tenacity of Taliban’s attacks. The Afghan government denies reports that its soldiers have left their posts to escape from Taliban attacks.

Instead of executing and imprisoning Afghan soldiers, the Taliban is using two main tactics to persuade troops that a willing surrender is “a safe option” for them. Firstly, by establishing direct contacts with Afghan forces, the Taliban pledges to troops that if they surrendered they would be left alive and even given allowances to return to their homelands.

“They [soldiers] are given some allowances and change of clothes and they are let go,” Baheer explains. The Taliban is using social media very efficiently and recording those incidents where troops surrendered to the armed group, adds the analyst.

“On the other hand, we have seen specific councils formed within districts by the Taliban that facilitate the surrender of troops,” Baheer tells TRT World. The Taliban is using these district councils composed of elders to negotiate surrender of Afghan troops, who pledge that they will not fight against the Taliban in the future, the analyst says.

The Taliban now control roughly a third of all 421 districts and district centers in Afghanistan.

Several foreign powers have noticed the recent Taliban advances, and the threat of the group taking over the country. The US has started to take counter-measures, to try to prevent such a scenario.

With the White House’s blessing, Mr. Austin, a retired four-star Army general who oversaw the American troop withdrawal from Iraq in 2011, ordered a series of steps to slow the pace of the final withdrawal from America’s longest war. The measures would buy some time to soften the drawdown’s psychological shock to the Afghans, and to extend at least through August an American security umbrella that no longer had any combat troops, equipment or bases in the country.

Furthermore, Afghanistan government forces are planning a counteroffensive in the country’s northern provinces after losing ground to the Taliban, Russia’s RIA news agency has cited an adviser to Afghan President Ashraf Ghani as saying.

National security adviser Hamdullah Mohib told RIA in an interview on Monday that government forces had not expected the Taliban offensive but would “absolutely, definitely” counterattack.

On Monday, Tajikistan’s national security committee said 1,037 Afghan government troops had fled into the ex-Soviet country “in order to save their lives” after clashes with the Taliban during the night.

“Taking into account the principle of good neighbourliness and adhering to the position of non-interference in the internal affairs of Afghanistan, the military personnel of the Afghan government forces were allowed to enter Tajik territory,” the committee said in a statement distributed by Tajikistan’s state information agency Khovar.

Turkey’s increasingly likely expanded military presence in Afghanistan could also act as an obstacle to the Taliban’s plans.

Turkey’s surprise and conditional proposal to run the Kabul airport would prove critical in providing security and stability after the US withdrawal, but many regional and political challenges remain.

A few days before the historic NATO summit on June 14, international news agencies received news that Turkey was trying to reach an agreement with the United States to run and guard the Hamid Karzai Airport in Afghanistan’s capital.

Many international observers started to argue that the Taliban may even seize Kabul shortly after the complete withdrawal. The Taliban has already started taking over certain places, even without a full withdrawal.

Turkey’s surprise initiative and its conditional proposal to the US come to the fore exactly at this point. Turkey wants to continue to run and secure the Kabul Hamid Karzai Airport which will be the most critical place in Afghanistan after the withdrawal— if certain conditions are met.

A clash between Turkish forces and the Taliban would possibly act as a catalyst to greater Turkish military presence in the war-torn nation, which would hamper the Taliban’s plans to take over the country.

At the current rate, the Taliban is on track to taking over the entirety of Afghanistan in a few months, but it faces several obstacles that will likely extend this period, or even kill such hopes. Much depends on the development of the regional geopolitical dynamics. 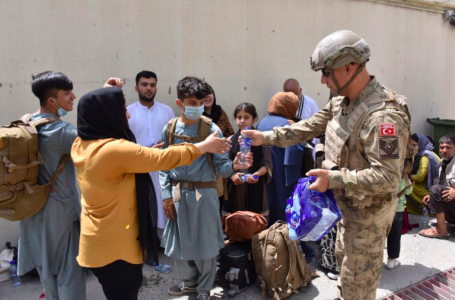 Why is Turkey withdrawing its troops from...