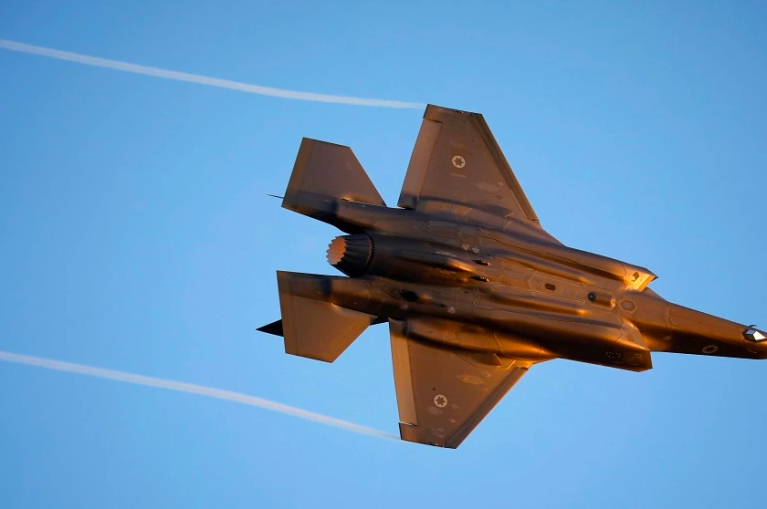 Israel’s president on Monday formally received the first-ever ambassador from the UAE to the Jewish state, following last year’s historic peace accord between the countries.

After greeting Khaja in Arabic, Rivlin said: “The entire Israeli people welcomes you with joy. This will be your most important mission — to welcome the hands reaching out to you… treaties are signed by leaders, but real, sustained peace is made between peoples, face to face.”

Khaja said he would “work tirelessly to strengthen the political ties between our two countries, in the service of our peoples and regional stability”.

The UAE was the first country to agree to establish full diplomatic relations with the Jewish state under the Abraham Accords, a pact brokered by former US president Donald Trump.

Khaja told Ashkenazi he was “very proud and honoured to be the first Emirati ambassador to the State of Israel”.

Israel and the UAE have already signed treaties on direct flights and visa-free travel, along with accords on investment protection, science and technology.

The two discussed “the potential in developing joint regional and bilateral projects in a broad range of fields,” the Prime Minister’s Office said.

The meeting was also attended by Netanyahu’s National Security Adviser Meir Ben-Shabbat and other senior officials.

The Emirati envoy will spend several days in the country, scouting out suitable locations for the embassy and his home. He will then return at a later date on a more permanent basis.

Although the exchange of embassies has progressed, a visa waiver agreement for travelers between Israel and the UAE has been held up due to the coronavirus pandemic.

Earlier this month, Netanyahu postponed what would have been his first official visit to the UAE since the establishment of official diplomatic relations, and no future date for the visit has yet been announced. The Prime Minister’s Office said at the time that the decision to postpone the trip indefinitely was made due to the closing down of air travel to and from Israel, as part of a national lockdown aimed at preventing coronavirus carriers arriving from abroad.

Nevertheless, the UAE-Israel alliance is clearly solidifying rapidly, and moving in all directions.

Importance of F35, and Covid success

The United Arab Emirates’ ambassador to Washington says he is confident the sale of F-35 jets to his country will proceed after a review by the new US administration of some pending arms sales to American allies.

On former President Donald Trump’s last day in office last month, the UAE signed agreements with the US to buy up to 50 stealth F-35 fighters, 18 armed drones, and other defence equipment in a deal worth $23bn.

“We did everything by the book and they will discover that once the review is complete and it will proceed,” Ambassador Yousef al-Otaiba told a virtual Washington Institute forum on Monday, describing the review as “pro forma”.

Last month, a US Department of State official said President Joe Biden’s administration was temporarily pausing the implementation of some weapons sales to US allies to review them.

“Everything is still proceeding while undergoing a review at the same time. I am confident it will end up in the right place,” al-Otaiba said.

“If you are going to have less of a presence and less involvement in the Middle East you can’t at the same time take tools away from your partners who are expected to do more,” he said.

Should the deal go through, the UAE will gain air superiority in the Middle East, that only Israel can match, signaling military dominance.

In addition to this, both the UAE and Israel have led the Middle East and the world in vaccinating their population, signalling their positive road to economic recovery.

According to records compiled by Oxford University’s Our World in Data project, vaccination drives in Israel and the UAE are by far the fastest in the world. By the end of January, 35 percent of Israel’s population had received at least one dose, followed by the UAE at 31 percent.

Both the UAE and Israel encounter major problems

Despite the UAE and Israel’s strengthening alliance’s geopolitical potential, the recent effects of both Israeli and Emarati foreign policy show that the two nations have been encountering many problems, and will continue to do so.

The failure of Haftar’s forces in Libya and Yemen cost its supporter UAE billions of dollars, which provided weapons, ammunition and mercenaries to the militias in the two countries.

Supporting warlord Khalifa Haftar in Libya, the UAE clashed in Yemen even with the coalition it is part of and backs the separatist forces in the south.

The UAE has been lending extremely expensive weapons including unmanned aerial vehicles, missiles, helicopters and air defense systems to these militias. In both cases, particularly in Libya, these investments have been unsuccessful, and the UAE has not succeeded in gaining influence in the territories.

Furthermore, Egypt’s recent acknowledgement of Turkish EEZ in the Mediterranean signal a decrease of UAE influence on the African power.

Meanwhile, Israel’s geopolitical prospects are also not looking good, as the rift between Israel and its most important ally, the US, deepens under the Biden administration. Israel held out the possibility on Tuesday that it would not engage with US President Joe Biden on strategy regarding the Iranian nuclear program, urging tougher sanctions and a “credible military threat” against its arch-enemy.
The remarks by Israel’s envoy to Washington came at a touchy juncture for Prime Minister Benjamin Netanyahu. Up for re-election next month, he has revived his hard line on Iran, despite having a phone call with US president Biden in recent weeks.

The new administration has said it wants a US return to a 2015 nuclear deal with Tehran – which former President Donald Trump quit, restoring sanctions – if the Iranians recommit to their own obligations. Washington has also said it wants to confer with allies in the Middle East about such moves.
“We will not be able to be part of such a process if the new administration returns to that deal,” Ambassador Gilad Erdan told Israel’s Army Radio.

Netanyahu aides have privately questioned whether engaging with US counterparts might backfire, for Israel, by falsely signaling its consent for any new deal that it still opposes.

Israel was not a party to the 2015 deal. It has powerful advocates within the US Congress, however, and Netanyahu’s threats to take unilateral military action on Iran if he deems diplomacy a dead end also figure into big-power planning.

Israel’s main geopolitical threat is Iran, and a lack of unity between the US and Israel on the issue could strengthen Iran’s position and threaten Israeli interests in the region.

Iran, as well as Turkey remain the biggest counter-weight to the Israel-UAE alliance, and it remains clear that Israel and the UAE are far from dominating the Middle East, but are nevertheless a prominent force to be reckoned with.