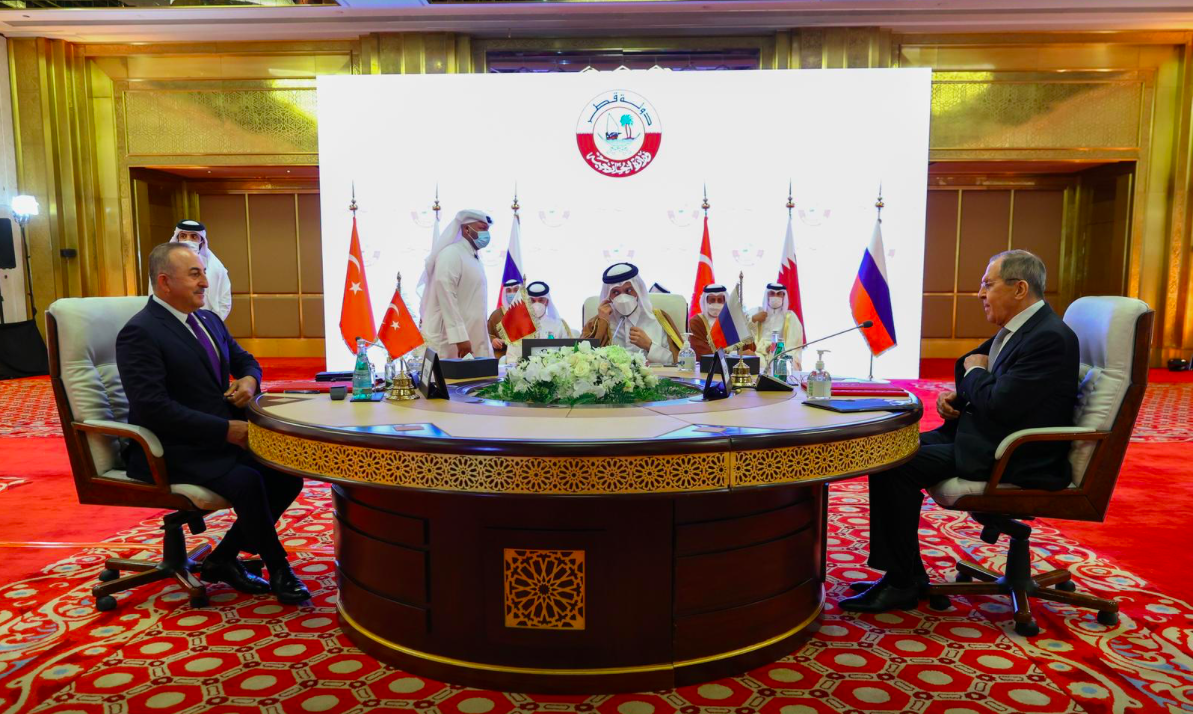 The slow progress of the political process in Syria

The UN’s attempts at finding a political solution in Syria have progressed quite slowly and hit a road block earlier this year. ince Syria’s civil war erupted in 2011, there have been many high-level gatherings designed to stop the fighting and guide Syria to a political transition. Destinations included Istanbul, Paris, Rome, Vienna and Geneva, including assemblies with names such as “Friends of Syria” and the “London 11.” In 2016 it was the “International Syria Support Group.” None has made a lasting impact.

The unexpected success of the fourth round of UN-backed Syrian Constitutional Committee talks in late 2020 meant that the next session, held in late January, came amid a rare atmosphere of hope and optimism.

Bringing together members of the Assad regime, opposition, and civil society to discuss fundamental changes to Syria’s constitution was never going to be an easy task.

Past discussions had seen bitter disagreements, stalling tactics, and walk-outs from the regime delegation. The 2020 breakthrough saw the delegations converge on Geneva once again, tasked with moving talk of constitutional reform to a drafting stage – a huge step in the process.

Things fell apart when the regime delegation refused to proceed with the agenda for the session, leading to the collapse of the talks and the disappointment of diplomats.

The failure of round five in the talks means that the UN-backed channel is now effectively dead and that the violence in Syria will continue.

Some view the lack of clout, discipline and international support the talks needed to stay on track meant they were always destined for failure. Others believe the regime were never serious about reforms anyway and so would eventually scupper the process.

Qatar’s renewed involvement in parallel talks could be the catalyst needed to revitalize such hopes, as will be explained below.

Qatar has expressed its belief that the time has come to find new avenues and paths towards a real and comprehensive political solution and transition in Syria on the basis of the “Geneva 1” statement and Security Council resolution 2254, stressing at the same time on the need for the international community to unite to support the Syrian people in facing the pandemic Covid-19.
This came in a speech by HE the Assistant Minister of Foreign Affairs and Official Spokesperson of the Ministry of Foreign Affairs Lolwah Rashid Al-Khater, before the high-level virtual Side Event held yesterday under the title “Syria – Accountability After 10 Years” on the sidelines of the 46th session of the Human Rights Council.

She said that nearly a decade has passed since the start of the Syrian crisis, and the humanitarian crisis and the suffering of the Syrian people continue. She expressed regret that the efforts of the international community had failed to reach amicable solutions.

HE Al-Khater stated that after a decade of turmoil, all parties have realised and agreed that the solution in Syria is not a military one, but a political one. In this regard, she indicated that keenness to achieve the stability, unity and independence of Syria over narrow political interests must be the main pillar for any future solution between the different parties.

“Moreover, concerted efforts must also be made to combat terrorism in all its forms and manifestations. But most importantly, we must ensure that the path towards a real solution includes transitional justice and a commitment to protect human rights and the rights of civilians,” she added.

HE the Assistant Foreign Minister said that the efforts of the United Nations Secretary-General and the Special Envoy for Syria in supporting a political path to reach a peaceful solution to the Syrian crisis are greatly appreciated, and “we, as an international community, must support these efforts and work to support the efforts of the Constitutional Committee and the implementation of all elements of Security Council Resolution 2254”.

At the end of her speech, the Assistant Foreign Minister affirmed: “We believe that it is crucial for the international community, as well as the UN bodies, to come together in support of the Syrian people in facing this humanitarian challenge, and we must work actively to provide aid, and ensure that this aid reaches all those in need in accordance with the relevant Security Council resolutions.”

Now, Turkey, Russia and Qatar are making a joint attempt to promote a political solution to Syria’s 10-year conflict, Turkish Foreign Minister Mevlut Cavusoglu said. “Today we launched a new trilateral consultation process,” Cavusoglu said on Thursday after talks in Doha with Russian and Qatari foreign ministers. “Our goal is to discuss how we can contribute to efforts towards a lasting political solution in Syria.”

All three ministers emphasised in their meeting that the only solution to the conflict, in which hundreds of thousands of people have been killed and millions displaced, was not a military solution, but a political settlement in line with United Nations resolutions, he said.

Russia’s Foreign Minister Sergey Lavrov said the three countries were not seeking to replace efforts which Turkey, Russia and Iran had jointly been making since 2017 to reduce fighting in Syria and discuss a political solution.

“I can only welcome Qatar’s desire to make its contribution to creating the conditions for overcoming the current tragic situation in Syria,” he said.

Furthermore, Iran on Monday reiterated its support for trilateral talks in Doha between Qatar, Turkey and Russia on the Syrian crisis. Foreign Ministry spokesman Saeed Khatibzadeh said Tehran supports any initiative that contributes to resolving the Syrian conflict, according to the official news agency IRNA.

Iran welcomes “any initiative that eases the pain of the Syrian people and achieves stability and peace in this country [Syria],” Khatibzadeh said.

The Iranian spokesman also stressed that the Astana talks between Ankara, Moscow and Tehran were one of the most successful initiatives put an end to the Syrian crisis.

Qatar’s warm relations with Iran and Russia, especially amplified during the Gulf blockade, as well as its strong geopolitical partnership with Turkey could strengthen its role as a mediator, bringing all the parties involved in Syria towards agreeing to cooperate to reach a political agreement.