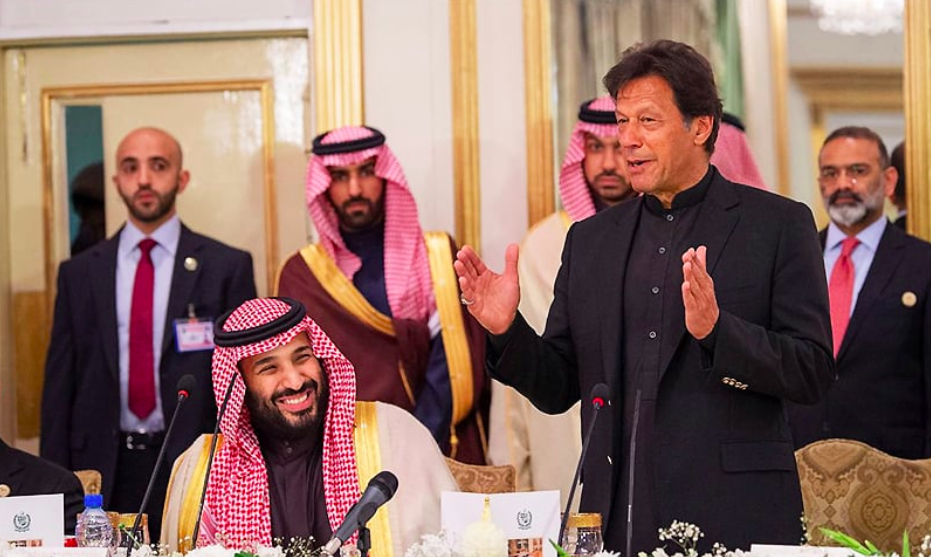 Pakistan welcomes the end of the Qatar blockade

Saudi Arabia reopened its airspace and land and sea borders with Qatar on Monday, in a breakthrough agreement aimed at ending the three-year diplomatic dispute with Doha.

Saudi Arabia and its three Arab allies agreed to restore full ties with Doha at a summit in the Kingdom on Tuesday, the Saudi foreign minister said. Faisal bin Farhan Al Saud told a news conference after the gathering of Gulf Arab states, also attended by Egypt, that there was political will and good faith to guarantee implementation of the agreement to restore diplomatic and other ties, including resumption of flights.

Pakistan on Tuesday welcomed a decision by Saudi Arabia and Qatar to reopen their mutual land, air, and sea borders.

In a statement, the Foreign Ministry also said it appreciated steps by the Gulf Cooperation Council (GCC) that would contribute to resolving “outstanding issues between the countries of the organization persisting for almost four years.”

Lauding the “positive” role played by the emir of Kuwait towards the resolution of the differences between the two countries, Islamabad said: “His persistent and sincere efforts, and cooperation of the GCC countries, led to this important and amicable outcome.”

Pakistani Prime Minister Imran Khan and other officials often offered to mediate between the Gulf neighbours, although it is unclear if that offer was ever meaningfully taken up.

Pakistan will benefit from Gulf Unity

Pakistan will benefit geopolitically and economically from Gulf unity, as it has often been caught in the middle of the dispute, as it has maintained strong ties with Qatar and its allies, while also trying to maintain economic ties with Saudi Arabia and the UAE. It has hence often tried to take the position of mediator, but nevertheless, its relations with Saudi Arabia have suffered in recent years as a result. Now that the blockade has ended, Pakistan may finally have a chance to develop its relations with an increasingly united Gulf.

Indeed, in a sign of optimism following the agreement, a high-level Saudi delegation led by the kingdom’s foreign minister is set to pay an official visit to Islamabad in January. Pakistan is currently focusing on energy projects under its new renewable energy policy to harness the local energy resources as well as the revival of exploration and production activities in the oil and gas sector to attract foreign investment and boost economic growth.

Pakistan’s energy minister discussed the prospect of new energy projects and joint ventures in the oil and gas sector with the envoys of the United Arab Emirates and Saudi Arabia in Islamabad.

Furthermore, the UAE Ambassador to Pakistan, Hamad Obaid Alzaabi, has discussed with Zobaida Jalal, Pakistani Federal Minister for Defence Production, ways to further develop relations between the two countries and reviewed current regional and international developments. During the meeting, the two sides reviewed both countries’ experience in combating the coronavirus pandemic, the UAE’s humanitarian efforts in this regard and its aid to affected countries, as well as the importance of solidarity and international cooperation to limit the effects of the pandemic.

There appears to be optimism that the new agreement will usher in a new era of Pakistan-Gulf cooperation.

Despite this, there are some notable obstacles in the path of returning to optimal relations between Pakistan and Saudi Arabia and the UAE. Pakistan’s refusal to normalize ties with Israel is especially important in this respect as the UAE and Bahrain have already normalized ties with the latter, while Saudi Arabia looks on track to do so as well. Meanwhile, US geopolitical rival China’s increasing influence in Pakistan could be problematic to a Gulf united under the supervision of thr US, and according to many analysts, the US’s intent behind ending the blockade is to try to maintain a unitary policy in the Gulf of pro-Israel and anti-Iranian bloc, adding Qatar to the mix. Pakistan’s hostility to Israel could therefore be a larger obstacle than initiallt expected.

Pakistani Prime Minister Imran Khan said his country will not recognise Israel until there is a Palestinian state acceptable to the Palestinians.

“If we recognize Israel, then we should give up Kashmir as well. Both issues have a similar background,” he noted.

In an interview with a Turkish television station, Imran Khan said there are two reasons why Pakistan cannot recognize Israel.

“The situation in Kashmir is exactly the same situation in Palestine. If we recognize Israel’s takeover of Palestine territories, then we also have to recognize what India has done in Kashmir, so we completely lose moral standing,” he said.