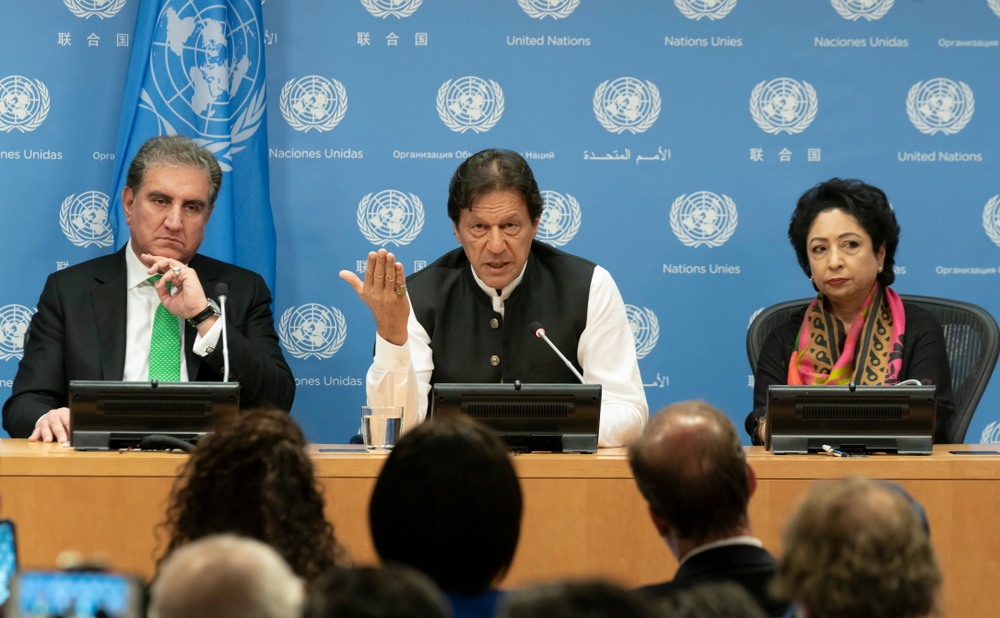 Until now Israel has had no diplomatic relations with Gulf Arab countries. But shared worries over Iran have led to unofficial contacts between them. Palestinian leaders were reportedly taken by surprise. A spokesman for President Mahmoud Abbas said the deal amounted to “treason”, and the Palestinian ambassador to the UAE was being recalled.

Israel’s relations with the UAE have particularly improved in recent years. Last month, Netanyahu announced an agreement between the Israeli and UAE health ministries to work together on battling COVID-19. The Emirati response was more muted, saying only that two of its companies would collaborate on research. Furthermore, now under construction in Dubai is an Israeli pavilion for next year’s World Expo, a project that would have been unimaginable five years ago when most ties with the Jewish state were under the radar out of concern it would undermine the Palestinians.

In addition to this, the UAE, as well as Saudi Arabia and Bahrain, is highly invested in Trump’s “Peace to Prosperity” plan, which the Palestinians summarily rejected. It is clear, therefore, that although the UAE voiced its concern, it is not likely to take action against Israel should the latter proceed with its annexation plan. Similarly, there has been no significant opposition voiced by the other Gulf nations regarding the plan.

Iran strongly condemned the agreement between Israel and the UAE to normalise ties, calling it an act of “strategic stupidity” that will only strengthen the Tehran-backed “axis of resistance”. The Iranian foreign ministry denounced the deal as an act of “strategic stupidity from Abu Dhabi and Tel Aviv”. “The oppressed people of Palestine and all the free nations of the world will never forgive the normalising of relations with the criminal Israeli occupation regime and the complicity in its crimes,” a ministry statement said.

Turkey said history will not forget and never forgive the “hypocritical behaviour” of the United Arab Emirates in agreeing a deal with Israel to normalise relations. The Palestinian people and administration were right to react strongly against the agreement, the foreign ministry said. “History and the conscience of the region’s peoples will not forget and never forgive this hypocritical behaviour of the UAE, betraying the Palestinian cause for the sake of its narrow interests,” it said in a statement.

Pakistan has joined the negative reaction as seen below.

Pakistan shows opposition to the deal

Pakistani Prime Minister Imran Khan said his country will not recognise Israel until there is a Palestinian state acceptable to the Palestinians. In an interview with local broadcaster Dunya News, Khan said on Tuesday Islamabad would not follow suit in recognising Israel as a state, in a thinly veiled reference to the United Arab Emirates which struck a United States-brokered deal last week to normalise ties with Israel. “Whatever any country does, our position is very clear. And our position was made clear by [Pakistan’s founder] Quaid-e-Azam Muhammad Ali Jinnah … in 1948: that we cannot ever accept Israel as long as Palestinians are not given their rights and there is no just settlement,” Khan said.

“If we recognize Israel, then we should give up Kashmir as well. Both issues have a similar background,” he noted.

Furthermore, tens of thousands of Pakistanis protested on Sunday against the normalisation deal signed between the United Arab Emirates (UAE) and Israel, Anadolu reported. Mass rallies were held across Pakistan, including the capital, Islamabad, the port city of Karachi, northeastern city of Lahore, Rawalpindi, Peshawar, Quetta, Faisalabad, Multan and Hyderabad. The protests were organised by the Milli Yakjehti Council, a political-religious alliance which called on the Pakistani people to join the protests and denounce “the controversial deal between Abu Dhabi and Tel Aviv”. In the city of Rawalpindi, thousands of citizens marched through the city streets led by Senator Sirajul Haq, the head of the country’s Jamaat-e-Islami (JI) party. The Islamic group designated Sunday a day of solidarity and support for the Palestinian resistance against “the Zionist occupation”.

Responding to a series of questions about icy relations with longtime ally Saudi Arabia over the Kashmir dispute, Khan dispelled the reports as “baseless”. “Saudi Arabia is our key ally. It has always helped us in trying times. There is no issue in relations with Saudi Arabia,” he said. Commenting on Riyad’s reported lukewarm reaction to the situation in disputed Jammu and Kashmir, he said: “Saudi Arabia has its own foreign policy, and we have ours. They have to follow their foreign policy. We should not think that it should do what we wish.”

However, it is clear that Pakistan is forced to maintain ties with Saudi Arabia, and could be forced to establish ties with Israel, as explained below.

Pakistan could establish ties with Israel

An already fragile economy beset by a decade of political turmoil and lacklustre economic growth, was now facing an existential threat as it was cut off from global financial markets.  One of the biggest challenges was to arrange money to pay for oil imports and keep cars, factories and aircrafts running, while tensions with neighbouring India deepened.  “That’s when Saudi Arabia came to our rescue and offered us an oil credit for the first time,” recalls G. A Sabri, who has served as the top bureaucrat in Pakistan’s petroleum ministry and was part of the negotiations.  “I remember it covered around 100,000 barrels per day (bpd) of furnace and crude oil. We got the shipments on a deferred payment which means you take the oil today but paid much later. But really it was sort of a grant as the payments were waived off.”  Since then, Pakistani leaders have approached Riyadh on a number of occasions asking for similar relief whenever the country’s foreign currency reserves have fallen, or it has struggled to settle international payments.

Although Pakistan is not economically reliant on Israel, its relationship with Saudi Arabia and the US could geopolitically and economically force it to establish ties with Israel. Both Pakistan and Israel never had any diplomatic relations with each other, neither had any war directly. There are various reasons for not recognizing Israel as a state, one of the main reasons is solidarity with the Muslims of Palestine. Israel and Pakistan tried to establish ties with each other but somehow did not work. Israel’s relation with India has completed it’s 25 years and it has some major impact on Pakistan. Moreover, another reason for not recognizing Israel is that we the Muslims believe that Islam restrains us to do so. Nonetheless if the relationship between Pakistan and Israel is established, Pakistan can benefit from Israel in many ways.

Despite Islamist pressure and Pakistan being controlled by its military, several unofficial diplomatic exchanges have taken place between Pakistani and Israeli officials over the decades, including the reported meetings of Israeli president Ezer Weizman with his counterpart Rafiq Tarar (in Ankara in 1988), and with Prime Minister Benazir Bhutto (Johannesburg, 1994).

The political governments in Pakistan are hesitant to seek a breakthrough in establishing diplomatic ties with Israel when the nation and the military, both major stakeholders, condemn Israel’s killing of Palestine and Arab “Muslims.” Fourteen years ago, Pakistan’s Foreign Minister Khurshid Kasuri held their first ever publicly acknowledged meeting with Israeli FM Silvan Shalom on September 1, 2005 at Istanbul. After Ankara and Istanbul’s tête-à-tête, the interactions between Israel and Pakistan have been limited to counter-terror intelligence and arms trade. The military dictator General Pervez Musharraf has continued to urge Pakistan to establish relations with Israel, echoing the views of Pakistan’s corridors of power. Imran Khan, being the army’s “Chosen One,” has guaranteed protection against domestic backlash from the military, which would hope to benefit from formal defense ties with Israel.

Given Pakistan’s economy’s desperate state, it cannot be excluded that the nation could be forced to establish ties with Israel, or at least increase unofficial cooperation. Imran Khan’s strong words of opposition therefore carry little wait when assessing Pakistan’s economic and geopolitical situation.