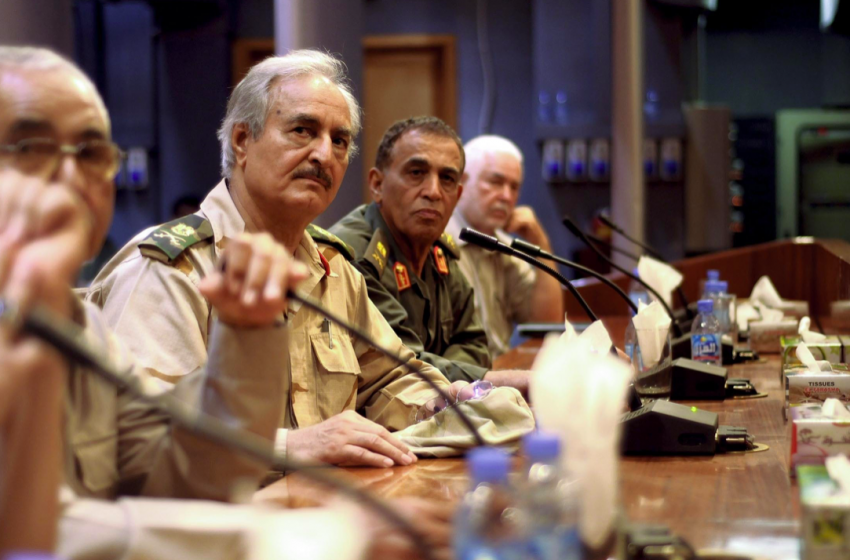 Haftar could block any political solution

Khalifa Haftar’s so-called Libyan National Army (LNA) will not be subordinate to the current Libyan government, the warlord stated Monday.

In a speech marking the 81st anniversary of the founding of the Libyan army, Haftar underlined that his militia “won’t be subject to any authority except to an authority that will be directly elected by the people.”

Haftar, who is based in the eastern city of Benghazi, added that his militia would withstand any pressure sent in its direction and hinted that it would hinder the city’s attempts to work with the current Libyan authorities.

In February, Haftar declared his support for the new transitional government and a “peaceful and democratic alternation of power” in Libya, according to a statement released by his office. He had welcomed the appointment of the new government, hailing its leaders as “national figures.” However, his recent actions contradict his words.

Haftar continues to operate independently from the legitimate government and continues to lead armed militias, calling himself the commander in chief of the Libyan army.

Libya has been in turmoil since 2011 when a NATO-backed uprising toppled longtime dictator Moammar Gadhafi, who was later killed. The country was since split between rival administrations in the east and the west.

Haftar’s 2019 offensive, supported by Egypt, the United Arab Emirates (UAE) and Russia, collapsed in June 2020 when the Tripoli government, with support from Turkey and Qatar, gained the upper hand. A U.N.-brokered cease-fire was reached in October that stopped hostilities.

Oil-rich Libya is now ruled by a transitional government tasked with preparing the nation for elections in December.

Although his forces are accused of committing war crimes, Haftar claims that his forces have never been a part of any acts of aggression or oppression.

According to the recent UN-brokered Libyan Political Dialogue Forum (LPDF), as the chief commander of Libyan army, the Presidential Council is the only legitimate actor which can appoint military officers.

However, Haftar has ignored that and kept appointing military officials. In his most recent move, he appointed the head of the ex-parallel government in the east, Abdullah Al-Thini, as the Director of the Political Department of his forces.

Following Haftar’s move, the prime minister of the Government of National Unity, Abdulhamid Dbeibah said: “Those who choose war as way to reach power are delusional and presumptuous, reminding everyone that capitals of states are supposed to be secured by the army forces not attacked and demolished by them.”

The surge of hope inspired by the remarkable breakthrough in Libya’s year-old peace process is starting to fade as negotiations to enable viable elections on 24 December bog down.

Analysts now think that Libyans and the international community became too optimistic – and complacent – after significant milestones were reached. These include the October 2020 ceasefire, a transitional political framework agreement, and the March handover of power from the western government in Tripoli and the rival eastern government in Tobruk to one of national unity.

These were ‘astonishing’ gains for a country engulfed in civil war since Muammar Gaddafi was overthrown 10 years ago this month, the International Crisis Group says. ‘The establishment of a unified government, which enjoys the backing of Libya’s competing political groupings, their affiliated military coalitions and their foreign backers, is a historic achievement. It sets the stage for reunification of political and military institutions that have been divided and recurrently battling since 2014.’

But since the government of national unity’s swearing-in on 15 March, progress has stalled and a stalemate has set in, says Silvia Colombo, Libyan expert at the Istituto Affari Internazionali.

Negotiations have deadlocked mostly over the nature and sequencing – and possibly the delay – of the 24 December elections, and the crucial question of who should be the military’s commander in chief. The 1 July deadline has passed without the necessary constitutional amendments and electoral law to be adopted by Parliament that would allow for polls to be organised.

As a product of the stalemate and an ominous warning of what could ensue if negotiations aren’t revived quickly, the sinister figure of General Khalifa Haftar has returned to the political stage, as mentioned earlier.

“A final decision on the constitutional basis” for legislative and presidential elections would be taken up at the next meeting, UNSMIL said, without giving a date.

The talks came six weeks after the failure of negotiations held in Switzerland between 75 participants from all sides gathered for the Libyan Political Dialogue Forum.

UNSMIL acknowledged the failure of that session after four days, due to a lack of consensus.

There is still significant disagreement on the scope of the elections, too. Some actors want parliamentary polls, while others want both legislative and presidential elections on Dec. 24. The divergences among LPDF members entertain and stimulate those looking to spoil the democratic political transition in the country. Those “spoilers” have become more visible and vocal in the international media as well.

Even if the GNU manages to hold elections in December, a rapid transition to political stability is unlikely. Post-election violence and bloodshed are the expected outcomes if Libya’s key local stakeholders fail to reach a consensus before the election process begins. The rifts and competitions amongst the critical enthusiasts of the elections are still visible. All actors are trying to form stronger political coalitions that may also appeal to international actors.

Foreign powers could push it through

Several foreign powers, including the US and Turkey, are hoping for the December elections to take place, and could push in that direction, possibly facilitating negotiations. The UAE and Egypt stand to the test, as if they push for the election which they stated to support, they could use their influence on Haftar to change his stance.

Libya’s planned elections will be a turning point for the war-torn country’s future, Turkey’s Parliament Speaker Mustafa Şentop said in May. The Libyan nation is “going to the ballot box without any pressure, and the reflection of their free will on the election results will, of course, be a turning point for the future of Libya,” Şentop said during a meeting with the chairperson of the Libyan High Council of State Khalid al-Mishri and his delegation in the Turkish capital, Ankara.

More recently, the U.S. ambassador to Libya met Wednesday with a Libyan military commander amid international efforts to salvage a U.N.-brokered roadmap to elections in the North African country later this year.

Richard Norland met with Khalifa Hifter, commander of the self-styled Libyan Arab Armed Forces, in the Egyptian capital of Cairo. The meeting was part of U.S. efforts to support Libyan parliamentary and presidential elections in December, the U.S. Embassy said.

Norland “continues to focus on the urgency of supporting the difficult compromises necessary to establish the constitutional basis and legal framework needed now in order for the elections to take place on Dec. 24,” the embassy wrote on Twitter.

“The United States supports the right of the Libyan people to select their leaders through an open democratic process and calls on key figures to use their influence at this critical stage to do what is best for all Libyans,” it said.

Last month, the U.N. special envoy for Libya, Jan Kubis, accused “spoilers” of trying to obstruct the holding of crucial elections in December to unify the divided nation. He told the U.N. Security Council that many key players in Libya reiterated their commitment to the elections, but “I am afraid many of them are not ready to walk the talk.”

Nevertheless, the elections in December remain at risk, unless major changes are made from both sides, which is possible with the mediation of foreign powers. 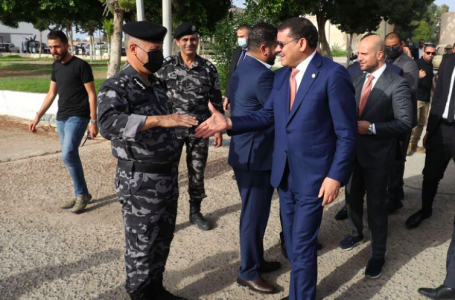 Is Libya about to face another civil... 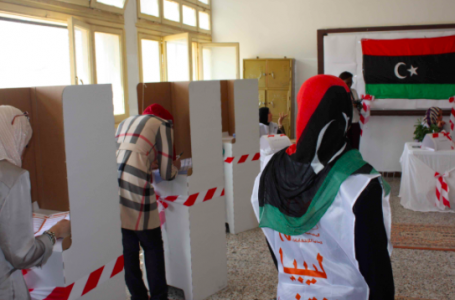 Why were the Libyan elections postponed and... 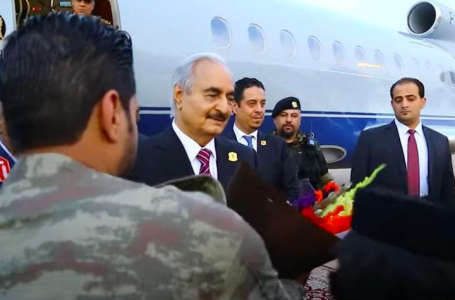