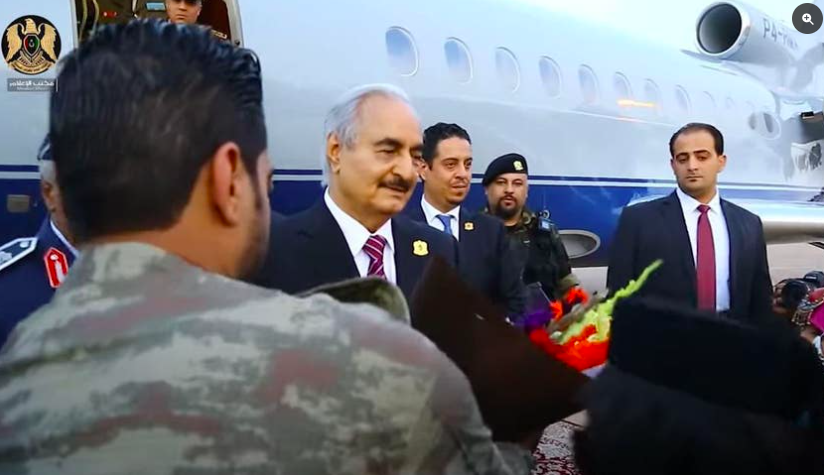 Last Monday, a private jet – a French-manufactured Dassault Falcon, registration P4-RMA – took off from Dubai and landed at Ben-Gurion Airport. The plane was on the ground for about 90 minutes, and then continued on to its final destination in Libya. The jet belongs to the Libyan warlord Gen. Khalifa Haftar and is used to fly his family and aides.

On board the plane was the general’s son, Saddam Haftar. Father and son are seeking military and diplomatic assistance from Israel, and in exchange promise that if they head the national unity and reconciliation government to be established in Libyaafter the presidential elections on December 24, they will launch diplomatic ties with Jerusalem.

Saddam Haftar is also being assisted by PR companies and strategic advisers from France and the United Arab Emirates. According to unconfirmed reports, employees representing the Haftar family are working in a firm registered in the UAE, including some Israelis.

Gen. Khalifa Haftar is considered the strongest and most influential man in Libya. Until recently, he headed the rebel government, headquartered in Benghazi in the eastern part of the country, with the country’s largest and most important military force.

Saddam Haftar is considered his father’s right-hand man, with the 77-year-old general’s health fragile. Three years ago, Gen. Haftar was rushed to a military hospital in Paris with a life-threatening condition. He made Saddam an officer and appointed him as a brigade commander in his army, granting him growing authority ever since.

It is unclear whom Saddam Haftar met during his short stay at Ben-Gurion Airport. In the past, though, it was reported that Haftar Sr. had held secret contacts with Israel, especially through the Mossad’s Tevel department, whose representatives met with him on a number of occasions.

Tevel is responsible for maintaining clandestine relations with Israel’s intelligence counterparts overseas, non-state organizations and governments that do not have official diplomatic relations with Israel. To date, it has established contact with nearly 200 entities.

Representatives of the Israeli National Security Council have maintained contacts with representatives of Libya for a number of years. These began under the council’s then-head, Meir Ben-Shabbat, who appointed a former Shin Bet operative, known only as R., to maintain ties with Arab countries. The real name of R., also code-named “Maoz,” is not allowed to be published under the Shin Bet Security Service Law. R., who frequently clashed with then-Mossad chief Yossi Cohen over the division of powers, retired last January.

The reason for Saddam Haftar’s visit last week was connected to next month’s Libyan elections. The purpose of the elections is also to establish a reconciliation government that will bring together warring groups and tribes who are involved in the civil war that has been going on for about a decade, since the fall of Col. Muammar Gadhafi’s regime.

Libya’s High National Elections Commission says it will open registration on Monday for candidates in presidential and parliamentary elections that have been mandated by a United Nations-backed roadmap on December 24.

Wrangling over the legal basis for the election, as well as its date and qualifications for candidates, has threatened to derail a peace process that was seen as Libya’s best hope in years of ending chronic instability and violence.

The UN peace process also led to the installation of an interim unity government and installed Abdul Hamid Dbeibah as prime minister. He and others in the government swore not to run in any December election but analysts say he may consider doing so anyway.

An election law proposed by the parliament in September was rejected by the bodies’ critics, including other political entities, for breaching some conditions set by the UN roadmap.

The law set a first round of the presidential election in December but said the date for parliamentary elections would not be set until January.

Khalifa Haftar was among a group of young officers, headed by Gadhafi, who in September 1969 brought down the regime of King Idris and made Libya a republic. During the Yom Kippur War in 1973, Haftar headed a small expeditionary force that aided the Egyptians in the war against Israel.

Gadhafi later granted Haftar the rank of colonel and in 1987 sent him to command the Libyan expeditionary force seeking to conquer parts of neighboring Chad. The military campaign, during which it was claimed the Libyan army used mustard gasagainst Chadian soldiers, utterly failed and Haftar was taken prisoner.

During his imprisonment, and after Gadhafi disavowed him, Haftar and a few hundred of his soldiers – backed by the CIA – rebelled against Gadhafi and did not return to Libya. Haftar and his troops found asylum in the United States and from there, with CIA support and financial aid, a few unsuccessful attempts were made to overthrow Gadhafi.

And just before announcing his presidential bid, Haftar denounced the UN-backed government’s authority. On August 9, he proclaimed “the Libyan army will never bow down to a civilian power that has not been elected by the people,” after the Presidential Council said it alone could authorise military rule.

There have been signs that Haftar could take power by force, with the support of his allies, should the results of the elections be unfavorable to him. Forces loyal to putschist General Khalifa Haftar obstructed Libya’s interim Prime Minister Abdul Hamid Dbeibah’s visit to the city of Ghat last month.

Nasr Youssef, who represents Ghat in the parliament, told Anadolu Agency that the pro-Haftar militia prevented the visit, citing lack of “prior coordination.”

The lawmaker slammed the militiamen’s actions and urged locals “to take a serious stand to secure the interests of the city.”

He said Dbeibah’s visit was aimed at studying the city’s needs and addressing the challenges facing its residents.

Ghat is controlled by Haftar’s forces.

In September, Haftar announced he was suspending his military activities, a step that could lead to his candidacy in elections later this year.

In a statement, Haftar said he had named an interim replacement as head of the self-proclaimed Libyan National Army (LNA) until Dec. 24, the date of the legislative and presidential vote.

Temporarily elevating his chief-of-staff to the post “appears to be the informal announcement of his intention to run for president,” Libya analyst Emadeddin Badi said in a tweet. 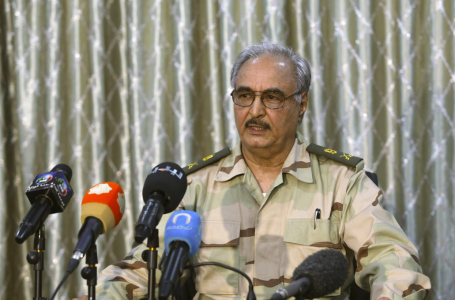 Is Libya’s Haftar preparing for elections in... 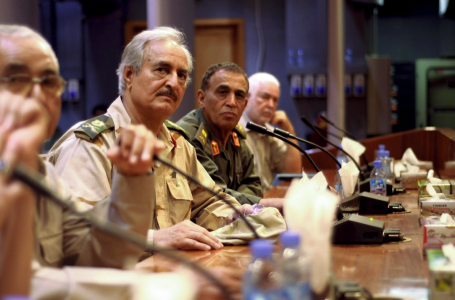 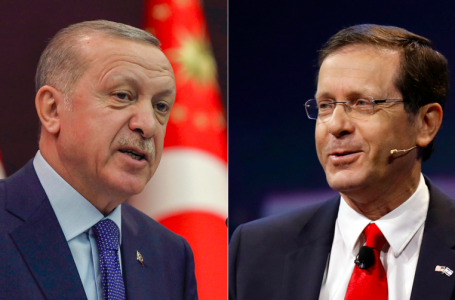 Will Turkey and Israel put their differences...