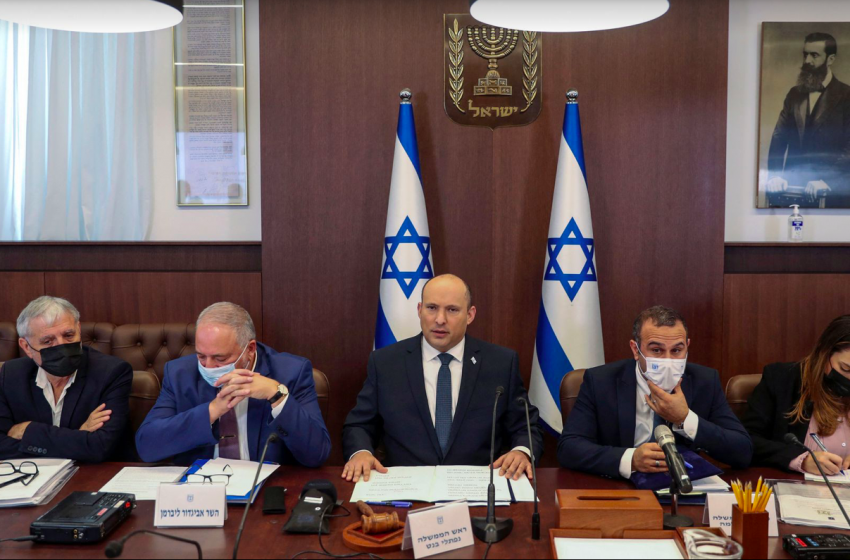 Iran nuclear talks not at a good phase

The latest round of talks on the Iran nuclear deal kicked off Monday after a short pause, with pressure being put on Tehran to “add real urgency” to the negotiations or risk losing any chance of the deal being revived.

Some officials close to the talks said the window to negotiate a return to the 2015 deal could close by the end of January or the beginning of February, although others claimed that there is no fixed date.

Diplomats from the U.K., France and Germany noted last week that while they didn’t want to set “an artificial deadline for talks,” there remained “weeks, not months” to restore the accord. A spokesperson for the U.S. State Department said Iran needed to “add real urgency in Vienna.”

The nuclear deal, also known as the Joint Comprehensive Plan of Action (JCPOA), has been on life support ever since former U.S. President Donald Trump abandoned it in 2018. The deal between Iran and global powers put limits on Iran’s nuclear program in exchange for the lifting of crippling economic sanctions. Iran insists its nuclear program is entirely for peaceful purposes and that it has no intention of building an atomic weapon.

That the U.S. and Iran are still not talking directly in Vienna is not making things any easier.

Instead, Enrique Mora, the senior European Union official who is coordinating the talks, is forced to carry potential compromise solutions back and forth between Robert Malley, the U.S. special envoy for Iran, and Ali Bagheri Kani, Iran’s chief negotiator. Tehran says this is the price the U.S. must pay for pulling out of the agreement in 2018.

But Western diplomats said that they are still not entirely sure whether Iran is really interested in negotiating a return to the deal or is merely playing for time while advancing its nuclear program. Given the dwindling timeline, one senior Western diplomat said that as of this week “all issues will have to be negotiated in parallel.”

Intensive informal consultations are under way in Vienna within the framework of talks to restore the Joint Comprehensive Plan of Action (JCPOA) on Iran’s nuclear program, said Russia’s Permanent Representative to the International Organizations in Vienna Mikhail Ulyanov, who heads the Russian delegation at the talks, Trend reports with reference to TASS.

“The eighth round of Vienna talks continues. Intensive informal consultations in various formats are under way. The work to lift [US] sanctions [on Iran], on nuclear issues and sequence of steps to restore JCPOA continues,” he said.

When asked whether any progress has been made, the head of the Russian delegation replied that it is already visible. “The main stumbling blocks are becoming clearer,” he added.

Meanwhile, U.S. State Department spokesman Ned Price told a regular press briefing on Tuesday that there has been some “modest progress” in nuclear talks

“There has been some progress relative to the beginning of December in identifying the hard issues left to be negotiated,” he said. This included how Iran returns to full compliance with its nuclear commitments under the deal and sanctions relief. Those issues are at the heart of talks in Vienna right now, he added.

The deal had been slowly moving toward a state of limbo, forcing diplomats to contemplate outcomes that fall short of fully reviving the accord. This has created one of the biggest uncertainties for the global oil market in 2022.

Despite the already slow pace of negotiations between Iran and the US, and the former’s distress with several terms of the proposed deal, Israel wants even tougher terms to be imposed on the Islamic republic, which would make Iran’s rejection of such a deal all but certain.

Prime Minister Naftali Bennett said on Tuesday that Israel would not automatically oppose a nuclear deal with Iran but world powers must take a firmer position.

“We are not the bear who said ‘no’,” Bennett said in an interview with Israel’s Army Radio, referring to a popular naysaying character from children’s literature.

“For sure there can be a good agreement. For sure. We know the parameters. Is that expected to happen now in the current dynamics? No. Because there needs to be a much firmer position,” he said.

“Iran is negotiating with a very weak hand. But unfortunately the world is acting like Iran is at a strong point.”

Bennett declined to comment on Israel’s military strike capabilities against Iran, saying he preferred the approach of “speak little and do a lot”.

Long-running differences over how to deal with Iran’s nuclear program have erupted into new tensions between the Biden administration and Israel, with two senior Israeli officials leaving Washington this week concerned that the Americans’ commitment to restoring the 2015 nuclear deal will lead to a flawed agreement allowing Tehran to speed ahead with its nuclear enrichment program.

The strains were evident all week, as the Biden administration sought to bring the alliance with Israel into a united front about how to deal with Iran over the next year.

In an effort to close the gap, American officials let out word this week that two months ago, Mr. Biden asked his national security adviser, Jake Sullivan, to review the Pentagon’s revised plan to take military action if the diplomatic effort collapsed. Administration officials also outlined new efforts to tighten, rather than loosen, sanctions on Iran.

Mr. Biden’s focus on military options and sanctions was an effort to signal to Tehran that the United States was running out of patience with Iranian foot-dragging in the nuclear negotiations in Vienna, administration officials said. Secretary of State Antony J. Blinken said last week that the new Iranian government “does not seem to be serious about doing what’s necessary to return to compliance” with the 2015 nuclear deal.

But the tougher line was also aimed at calming increasingly frustrated Israeli officials. Though they will not criticize the American president in public the way former Prime Minister Benjamin Netanyahu did during the Obama administration, Israeli officials in private argue that the Iranians are advancing their nuclear program while betting that the United States, eager to diminish American commitments in the Middle East, will not abandon the Vienna talks for more forceful action.

Israel has given strong signals that it is ready for a military attack on Iran if the nuclear deal is not favorable or if no deal is reached. Israel sees Iran’s nuclear ambitions as an existential threat and has been outspoken about international efforts to reach an accord with Iran.

“For sure there can be a good agreement,” Israeli Prime Minister Naftali Bennett said last week.

“Is that expected to happen now in the current dynamics? No. Because there needs to be a much firmer position,” he told Israel’s Army Radio.

Israel has not, however, ruled out the possibility that it could act unilaterally if the Vienna talks fail and Iran advances its nuclear programme.

“I look forward to deepening our dialogue and co-operation vis-a-vis Iran, including on topics of military readiness,” Benny Gantz, Israel’s defence minister, told his US counterpart last month.

“Iran is the biggest threat to global and regional peace and stability and building an existential threat to Israel,” he said at a meeting with Lloyd Austin.

“I am certain that soon both overt and covert actions will be expanded, by a variety of means,” he said on December 22, without elaborating.

Sima Shine, who heads the Iran programme at Israel’s Institute for National Security Studies, said direct military action would be a “last resort” if the Vienna talks collapse.

“I think many other responses will be done before open military activity will be considered,” said Ms Shine, who previously led the research unit at Israel’s Mossad intelligence agency.

“I assume that Israel will be hoping for a ‘snapback’ in the [UN] Security Council, a tightening of the economic sanctions that are already in place,” she added.

“Israel has capabilities, some of which the world, and even some experts in the field, cannot even imagine. And Israel will protect itself against the Iranian threat,” he told Channel 12 news, according to the Times of Israel.

He also pointed out that Israel could attack Iran without prior notice to Washington.

“Israel will do whatever it needs to do to protect its security. And we don’t need anybody’s permission for that,” he said.

Israeli officials have unleashed a campaign of military threats against Iran in recent weeks. Israeli Defense Minister Benny Gantz has said that he ordered the Israeli army to prepare for a military attack on Iran. Other Israeli intelligence, political and military officials have echoed the same threat.

“The fake Israeli regime foreign minister’s confused comments against the great Iranian people is an example of the famous Persian saying [that goes] “the camel dreams of cotton seeds, sometimes eating a mouthful, sometimes seed by seed” (the hungry cat dreams of mice),” Amir Abdollahian said on Twitter.

He added, “We will forcefully and rationally defend the rights, interests and progress of the Iranian people. Zionism has no place in the future world.”

In a bid to deter Israel, Iran also held a massive military drill recently. Iran’s latest military drill showed what Israel would face if it dared to attack Iran. The drill also was indicative of the gravity of the situation. Iran has said Israel won’t dare to attack. But at the same time, Iranian military leaders highlighted their combat readiness to respond to any hostile move by Israel. During the drill, the Islamic Revolution Guard Corps (IRGC), practiced how to target Israel’s Dimona nuclear plant.