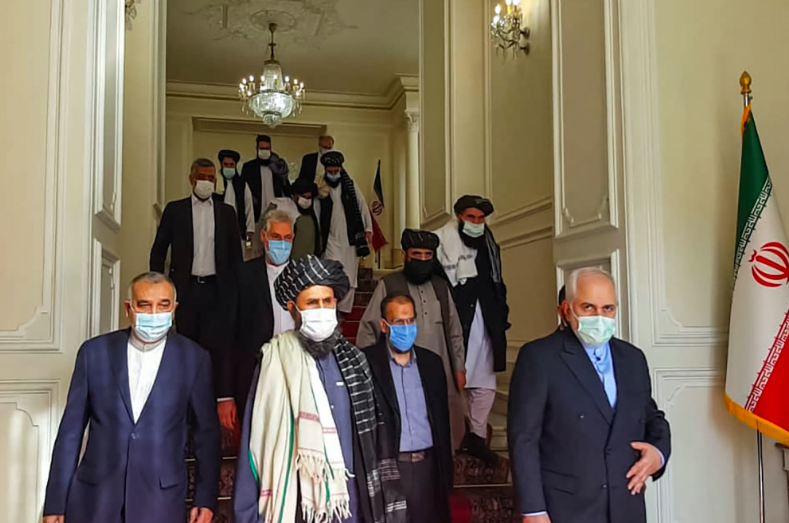 Iran has restarted cross-border exports of gasoline and gasoil to Afghanistan a few days ago, after receiving a request from the Taliban, Iran’s Oil, Gas and Petrochemical Products Exporters’ Union said on Monday.

“The Taliban sent messages to Iran saying ‘you can continue the exports of petroleum products’,” Hamid Hosseini, union board member and spokesperson in Tehran, told Reuters, adding that some Iranian traders had been cautious due to security concerns.

Iranian exports began a few days ago, after the Taliban cut tariffs on imports of fuel from Iran up to 70%, Hosseini added.

The resumption of fuel shipments is another sign of good relations between the Islamic Republic of Iran and the Taliban that was evident in recent years, amid reports of top Taliban leaders visiting Iran. Earlier this year, an Afghan high-level delegation visited Tehran and held meeting with foreign minister Mohammad Javad Zarif and other officials.

The fuel exports also generate much-needed hard currency for Tehran whose crude oil exports have dwindled because of US sanctions.

Many among Iran’s hardliner politicians and media outlets have adopted a friendlier tone regarding the Taliban with little criticism heard, while other Iranians have slammed the “whitewashing” of the extremist group.

The main Iranian exports to Afghanistan are gasoline and gas oil. Iran exported about 400,000 tonnes of fuel to its neighbour from May 2020 to May 2021, according to a report published by PetroView, an Iranian oil and gas research and consultancy platform.

Iran’s now relying on those years of quiet engagement to reach a form of accommodation with the new reality. Its aim is to prevent another destabilizing exodus across the 900-kilometer (560-mile) frontier, contain the threat posed by a new generation of militants belonging to Islamic State, and to protect Tehran’s growing trade with Afghanistan as its economy remains strangled by American sanctions.

Iranian officials “recognized that the Taliban inexorably is a part of realities on the ground,” said Diako Hosseini of Tehran’s Center for Strategic Studies, which advises the presidency. “Continuing enmity between Iran and the Taliban could unleash a relentless clash on the border.”

Iran, along with another regional power Russia, focused their efforts on bringing the Taliban and Afghan government to the negotiating table in order to form a new coalition government. However, the Taliban’s determination to conquer the country by force has rendered these attempts futile.

Iran’s foreign ministry on Monday called on “all parties” in Afghanistan to refrain from using violence and said Tehran supports the establishment of an “inclusive” government in Kabul.

“All groups and political parties [in Afghanistan] must refrain from using force and proceed using negotiation and talks,” ministry spokesman Saeed Khatibzadeh told reporters at a televised press conference in Tehran.

Iran “is in constant communication with all political sides in Afghanistan” and “supports the peaceful transition of power to an inclusive government,” he added, stressing that “the crisis has no military solution”.

Tehran fears that Taliban could harbour an array of insurgents and terrorists that cause unrest in regions like Sistan and Baluchistan. There are indications that the Taliban is willing to play ball with Iran on the issue. As former ambassador M.K. Bhadrakumar wrote in The Cradle, Taliban had recently eliminated Amir Naroui, a top leader of the anti-Iran terrorist organisation Jaish al-Adl, which pursues Baluchistan independence and conducts attacks against the personnel of the elite Islamic Revolutionary Guard Corps. Any guarantees on the security front goes a long way for Iran.

What is in it for the Taliban? As reported by Bloomberg, Iran is a useful conduit to the Western markets for Afghan opium, the militia’s main source of revenue. They could tolerate Tehran for that privilege.

Will the ideological factor remain?

Several Iranian religious reformists as well as the National Front of Iran, a nationalist group established in the 1950s to support -then- Prime Minister Mohammad Mosaddeq, have strongly criticized the Islamic Republic for trusting the Taliban and denounced Tehran’s “shameful and annoying” behavior in whitewashing the group’s record.

The National Front of Iran characterized the takeover of Afghanistan by the Taliban as “Occupation of Afghanistan by reactionary Taliban terrorists” in an August 18 statement published on the front’s website(link is external), and called it a humanitarian catastrophe condemned by history.

The National Front attributed the Taliban takeover to “ethnic divides, financial corruption, and lacking a plan and an outlook for exiting the Afghan crisis, as well as the astounding incapability of government forces to stand against the Taliban.

The Front called the behavior of part of the Iranian government in trying to cleanse the Taliban, shameful and annoying. The statement stressed that Iran should have stood beside the Afghan nation rather than the “Taliban occupiers” who are devoid of culture and humanity.

While denouncing the Taliban as “criminal beasts, the National Front praised Afghanistan’s cultural background and denounced the Taliban takeover as “returning to the inflexible past and fighting humanity.”

The National Front said, “part of the Iranian government sees the Taliban’s return and takeover of Afghanistan, as the realization of their own dreams to bring reactionary elements to power in Iran.”

Meanwhile, a group of religious reformists in Iran and abroad warned “the rulers of the Islamic Republic of Iran” against “blind anti-Americanism” and “trusting the Taliban.”

The group including former cleric Hassan Yusefi Eshkevari, Abdol Ali Bazargan, Alireza Rajaei and Reza Alijani, and several others from different generations stressed in their statement that “We stand with the oppressed people of Afghanistan and call on the free governments of the world to support the people of Afghanistan in the current situation and respect the achievements of their civil society.”

In another development, while newspapers in Iran are a long holiday until Saturday, August 21, The editor of conservative daily newspaper Jomhouri Eslami, prominent cleric Massih Mohajeri, wrote in a post in the newspaper’s Telegram channel(link is external), “The Taliban is promising civil liberties including women’s rights to deceive the people and buy time before they can establish their fundamentalist government.”

Mohajeri observed that some Taliban elements even went to Shiite mausoleums and mosques in Afghanistan too pay respect to Shiite rituals while the sect’s member were taking part in mourning ceremonies to mark the martyrdom of the third Shiite Imam in Muharram.

Nevertheless, the latest resumption of fuel exports has shown that at least for now, Iran is putting its ideological differences with the Taliban aside, in order to establish economic and possibly geopolitical gains, as well as maintaining security and order in its border regions. Although to say that warm ties will be established is an overstatement, interest-based ties are set to begin this period of Iran-Taliban relations.