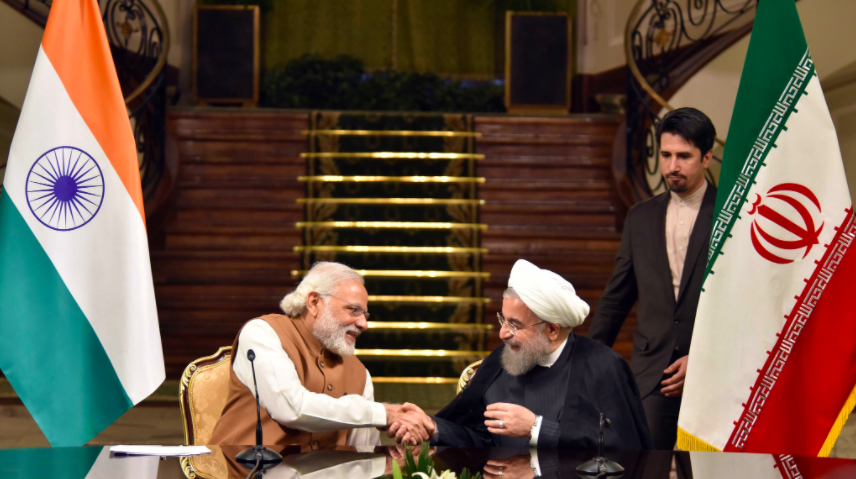 India is testing the waters in the hope that the incoming administration of U.S. President-elect Joe Biden will set the stage for a resumption in crude oil exports from Iran.

Oil Minister Dharmendra Pradhan said this week India would like to buy from more producers when asked if he would like to see an easing of White House sanctions on Iran.

Under President Donald Trump the U.S. pursued an aggressive foreign policy, reinstating sanctions on the Islamic Republic in 2018.

While Trump is stepping up foreign sanctions as his term winds down, the hope among Asian buyers is that Biden will seek to restart the Iranian nuclear deal. However, Biden’s task looks to have become more difficult after Iran’s top political chamber gave final approval this week to a bill forcing President Hassan Rouhani to end international nuclear inspections unless the U.S. lifts key sanctions by February. That will give the Biden team just weeks to make a diplomatic breakthrough.

India halted its imports from Iran, previously its third-largest oil supplier, in mid-2019 after the expiration of U.S. exemptions. The nation imported 7.65 million tons of Venezuelan crude from January to October this year, compared with 15.9 million tons in 2019.

For the first time, India, Iran and Uzbekistan will hold a trilateral dialogue on Monday on joint use of the strategically located Chabahar port which is being increasingly seen as a fulcrum of connectivity to Central Asia.

There has been a renewed interest in the Chabahar port after India, Iran, and Uzbekistan held a trilateral meeting on the strategically-important port earlier this week. With the change in the US government, the Chabahar port is likely to see a lot of action, according to experts.

The port is being developed by India, Iran and Afghanistan to boost trade ties among the three countries in the wake of Pakistan denying transit access to New Delhi.

The three countries discussed the utilization of the port for trade and transit purposes and enhanced regional connectivity. Experts believe that India and Uzbekistan’s renewed talks on Chabahar with Iran have come in the backdrop of reports of US President-elect Joe Biden considering re-engaging with Tehran on the nuclear issue.

Phunchok Stobdan, a former Indian ambassador who served in Central Asia, told EurAsian Times that since Trump is going out of power, sanctions on Iran will be removed and Chabahar will be opened up again.

“The sanctions by the United States are likely to be replaced because nuclear talks are restarting. This opens up prospects of Chabahar, reason why Uzbekistan and others are also showing interest,” he said.

Located in the Sistan-Balochistan province on the energy-rich Iran’s southern coast, the port can be easily accessed from India’s western coast, bypassing Pakistan. It is considered to be a major transit point to connect with several Central Asian countries.

On December 15, Iranian Deputy Road Minister and Transport Affairs Minister Shahram Adamnejad and Uzbek Deputy Minister of Transport D Dehkanov held a virtual summit to discuss the implementation of transit strategies between the two countries to the origin and destination of India and other third countries through the port of Chabahar, Mehr news reported.

With no more fear of sanctions, Iran has “announced a 50% discount on the transit of goods and a 25-year tax exemption and free transfer of currency abroad as part of the benefits of investing in the port”.

India balancing economic ties with Iran, with geopolitical ties with the Gulf

It appears India will have to balance their developing economic ties with Iran on one hand with their strong geopolitical ties with the Gulf on the other.

India is rapidly switching gears with the view to improve its somewhat frayed relations with Iran, which has been one of the key suppliers of crude oil until 2018. Insiders said that the development of the crucial Chabahar port in the Indian Ocean will also gain centre-stage in the coming weeks as world order could be reset under President-elect of the US Joe Biden, who will take up the mantle from outgoing President Donald Trump next month.

“Though China has announced large investments in Iran, it is yet to be seen how it will be rolled out. The blueprint is still not ready,” Taneja added.

Earlier in September, defence minister Rajnath Singh paid a short visit to Iran, on his way back from Moscow, where he attended the three-day meeting of the Shanghai Co-operation Organization. The news of Singh’s sudden visit to Iran was also extensively covered by the Iranian media, which also highlighted that the two countries enjoy commonalities and friendly ties.

On the other hand, India is looking to step up its geopolitical ties with Iran rivals in the Gulf. Indian Army chief Gen MM Naravane’s upcoming visit to Saudi Arabia and the United Arab Emirates (UAE) signals New Delhi’s intention to boost security cooperation amid the rapidly changing scenario in West Asia, experts and former diplomats said on Friday.

The army chief is set to make a four-day visit to the two key West Asian powers from December 6 against the backdrop of the UAE, Bahrain and Sudan normalising relations with Israel. Commentators said this is possibly the first visit to Saudi Arabia by an Indian Army chief.

India has welcomed the normalisation of ties between Arab states such as the UAE and Israel, saying such moves are in line with its efforts to back peace and development in West Asia, which is part of the country’s “extended neighbourhood”. This is something that could act as a major obstacle to India-Iran relations.

Furthermore, Zikrur Rahman, a former envoy to Palestine who also served several stints in Saudi Arabia, described the upcoming visit as a “good beginning” that signals India’s desire to upgrade the security relationship with both West Asian states. It is in line with the decision by India and Saudi Arabia during Crown Prince Mohammed bin Salman’s visit last year to create a strategic partnership council to monitor ties.

The upcoming visit could be seen as part of India’s efforts to broad-base security ties to include more military exchanges and exercises.

It is therefore unclear whether India will able to balance strengthening ties with both Iran and Saudi Arabia, as eventually its interests will clash. The only way to possibly avoid this would be to act as a mediator in the case of heated tensions, however this might weaken their position as a regional military partner to Saudi Arabia and the UAE. India and Narenda Modi have set up a tough dilemma that they will have to deal with in the coming years.