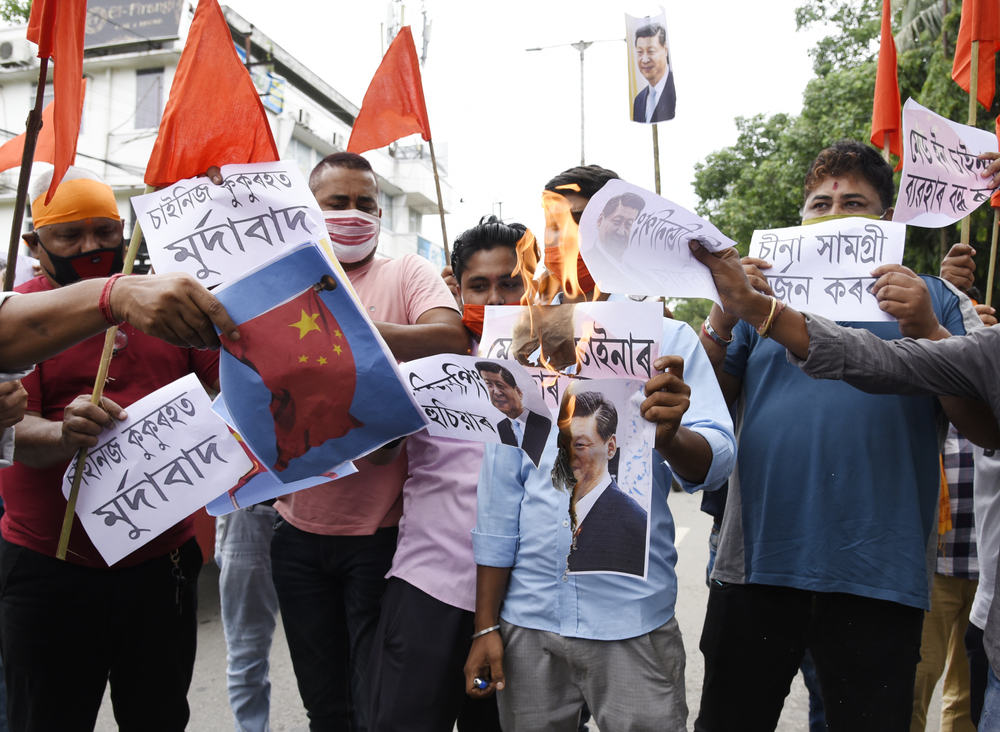 On June 15, tensions between India and China shot up as the two countries traded blame for triggering the high-altitude brawl in the Galwan Valley on June 15, in which 20 Indian soldiers were killed and at least 76 were injured. The June border clash saw soldiers engaged in brutal hand-to-hand fighting with clubs and staves about 4,270 metres (14,000 feet) above sea level amid sub-zero temperatures. It was the worst border skirmish in nearly 50 years. China has not disclosed how many casualties its troops suffered.

The border has been a source of historical dispute between the 2 nations, as the Sino-India war of 1962 resulted in China redrawing the border as the Line of Actual Control in its own favour, while the second Sino-India war of 1967 saw India push China back, further obfuscating the location of the Himalayan border. Bloodless clashes have erupted since then with both sides quick to de-escalate friction to avert another war. In 1996 both sides agreed not to use firearms in the area. Tensions rose again in 2017 when Beijing began building a road into Bhutan, an area New Delhi considers a buffer zone. In a tense stand-off, Indian and Chinese troops threw rocks at each other as a precursor to the current situation.

India and China banned the use of firearms and explosives in the border region in a series of border agreements in 1993, 1996 and 2005, aimed at reducing aggression in the area. As a result, when the Indian soldiers encountered Chinese troops on June 15 both sides attacked each other with bare fists and medieval-looking clubs spiked with nails and wrapped in barbed wire. A video that circulated online showed how some Indian soldiers died in the fight, while others from falling into the icy river below.

Following the recent clash, both India and China have amassed troops along their 3,500km (2,200 mile) border, most of which remains undemarcated, and military and diplomatic talks are going on to de-escalate the confrontation.

India has recently been enforcing its defence and military strength, which has been recently accelerated by the geopolitical tensions with China. India on Thursday approved the purchase of 33 Russian fighter jets and upgrades to 59 warplanes at a cost of ₹18,148 crores amid rising tensions with China and about two weeks after the deadliest border clash in more than four decades between the two Asian nations. MiG-29 and 12 Sukhoi Su-30MKI fighter aircraft were purchased costing $2.43bn to augment its air force.

India is also awaiting the arrival of the first batch of 36 Rafale fighter jets ordered as part of a $8.78bn deal signed with France in 2016.

Furthermore, today, Prime Minister Narendra Modi addressed the nation from the India-China border in Ladakh and said the Indian Army has given a befitting reply to the people who attempted to conquer its land. “The enemies of India have seen your fire and fury,” Modi to I told the troops. “When the protection of the country in your hands and you resolute thoughts, there is unbreakable trust. And, citizens India are not worried thanks to you,” he added thanking the troops for their bravery.

Many believe that the Indian military has been talking about a two-front war with neighbours Pakistan and China for decades to keep politicians focused on defence spending. Now that scenario is looking ever more realistic, with conflicts flaring on both its disputed borders.

The defence spending continues to increase, and the fact that the latest batch was bought from Russia, one of China’s main geopolitical rivals, could increase tensions between the superpowers.

What does this mean for India-China relations?

In recent years, China and India have developed very strong economic relations, through the development of bilateral trade, which now stands at $92 billion. This, however, has not excluded the fact that the 2 powers are geopolitical rivals, and China’s recent expansion of interests in Asia, as well as cooperation with Pakistan, has only agitated India.

However, after the latest border dispute, it looks like the 2 country’s economic relations will also suffer. Last week, India banned 59, mostly Chinese, mobile phone applications in retaliation to the killing of its soldiers that has caused an anti-Chinese backlash. This may be just the start, with other measures likely to follow if tensions along the Line of Actual Control (LAC) continue without disengagement.

Following the June 29 ban, Union Minister for Road Transport and Highways Nitin Gadkari announced on July 1 that Chinese companies would not be allowed to take part in road projects. Reports have said the government is considering trade and procurement curbs targeting China. The government is also increasing scrutiny of Chinese investments in many sectors, and weighing a decision to keep out Chinese companies from 5G trials, in which they are now involved.

Many believe rust has completely evaporated from the India-China conversation after the June 15 incident. What Beijing has done on the LAC has brought the entire Chinese ecosystem of investment, trade and technology under a huge cloud of doubt, which only time will tell how far tensions will escalate. However, both China and India do not have it in there interests to enter a trade war, especially China, which has been engaging in one with the US for several years.