Dangerous escalation between Israel and Hezbollah

Lebanese militant group Hezbollah on Friday said it had fired a barrage of rockets at Israeli positions in a disputed area close to the Lebanese border, in retaliation to Israeli airstrikes on southern Lebanon a day earlier.

In a statement, the group said it had hit “open fields” near Israeli positions in the disputed Shebaa farms area, with “dozens” of rockets.

The Israeli army said at least 10 rockets had been fired, and that most of them had been intercepted by Israel’s Iron Dome system. The rest of the rockets fell in open areas, it said. There were no reports of damage or casualties.

Israel’s Army Radio reported that the military retaliated by firing shells and artillery towards parts of south Lebanon under the control of the heavily armed Iranian-backed Hezbollah group.

Air raid sirens sounded in the Upper Galilee in northern Israel, and in the Golan Heights, part of the territory Israel captured in the 1967 Middle East war.

A Lebanese security source said the rockets were launched from the area of al-Arqoub, near the Lebanese town of Shebaa.

It was the third day of cross-border hostilities that threaten a period of calm prevailing since 2006, when Israel and Hezbollah fought a one-month war.

Rockets fired from Lebanon two days ago drew retaliatory Israeli shelling and air strikes, in an escalation of cross-border hostilities amid friction with Iran.

Israel has long considered Hezbollah, which is based in Lebanon, its most serious and immediate military threat. Friday’s exchanges came a day after Israel’s defense minister warned that his country is prepared to strike Iran following a fatal drone strike on a oil tanker at sea that his country blamed on Tehran.

The escalation also comes at a sensitive time in Lebanon, which is mired in multiple crises including a devastating economic and financial meltdown and political deadlock that has left the country without a functional government for a full year.

Israel preparing for war with Hezbollah

“We do not wish to escalate to a full war, yet of course we are very prepared for that,” said Lt. Col. Amnon Shefler, spokesman for the Israel Defense Forces.

Hezbollah’s decision to strike open fields in a disputed area rather than Israel proper, appeared calibrated to limit any response.

Shefler, the Israeli military spokesman, told reporters Friday that three of the 19 rockets fired fell within Lebanese territory. Ten were intercepted by the defense system known as the Iron Dome.

Israel estimates Hezbollah possesses over 130,000 rockets and missiles capable of striking anywhere in the country. In recent years, Israel also has expressed concerns that the group is trying to import or develop an arsenal of precision-guided missiles.

Interestingly, Israel’s greatest concern is what it dubs the “precision project,” Hezbollah’s intense ongoing effort to upgrade as many of the rockets in its arsenals as possible into precision missiles, making them strategic weapons as far as Israel is concerned. Israeli intelligence assessments put the number of such adapted rockets at several dozen, a quantity that could increase into the hundreds within two-three years, barring unforeseen developments. This would constitute a strategic tie-breaker, turning the armed Shiite organization into a force capable of paralyzing Israel for long days in case of a military clash.

The chief-of-staff of the Israel Defense Forces (IDF), Lt. Gen. Aviv Kochavi, has said in media briefings that if Hezbollah crosses a red line in terms of the quality and quantity of its precision missiles, Israel would be justified in taking the initiative and going to war, showing just how fast the recent tensions could escalate to war.

In addition to this, Israel has developed a new elite combat unit which would be used in a future war with Hezbollah, Israeli media reported two weeks ago.

According to a report on the Walla news site, the new unit — codenamed “Ghosts” — is made up of soldiers recruited from other elite units in the armed forces.

It was originally established in 2019 and was developed for “secret capabilities,” the report said.

The unit “combines advanced and diversified intelligence and aerial fire capabilities,” the report said, adding that senior officers and soldiers have been tasked with developing the unit’s technological capabilities.

It said that the unit, which bears the number 888, would be responsible for tracking and monitoring “enemy forces” and revealing their locations, with a focus on Hezbollah’s elite units in southern Lebanon.

Rumours have persisted among Hezbollah sources of a possible Israeli invasion of the country. Although a full-scale invasion remains unlikely, all pointers show that any further escalation could lead to full-blown war.

Has Raisi’s election contributed to this escalation?

Following the election of hardliner Raisi for the post of president of Iran, many have observed that Hezbollah has taken a more aggressive and confident stance. Indeed, there have been regular contacts between Raisi and the group since the former’s election.

Hezbollah Deputy Secretary-General Sheikh Naim Qassem has arrived in Tehran in order to take part in the swearing-in ceremony of president-elect Ebrahim Raisi on Thursday.

Iranian President Ebrahim Raisi, fresh from his swearing-in, met on Friday with representatives from the Hamas and Hezbollah groups.

This coincided with dangerous escalations on Israel’s norther and southern borders.

Following the attack, and the Israeli retaliation, Qassem said that he did not believe that “the situation would escalate but Hezbollah is ready at any time to defend Lebanon against any Israeli aggression.” This statement therefore appears to have the backing of Iran, and it is very possible that Raisi voiced his support for Hezbollah in the case of a war with Israel.

These developments come among a more significant occurrence—the expanded activities of a dangerous Hezbollah unit, known as 133, which is dedicated to orchestrating attacks inside Israel and the West Bank, according to Maj. (res.) Tal Beeri, director of the research department at the Alma research center, which sheds light on security threats to Israel emanating from Syria and Lebanon. 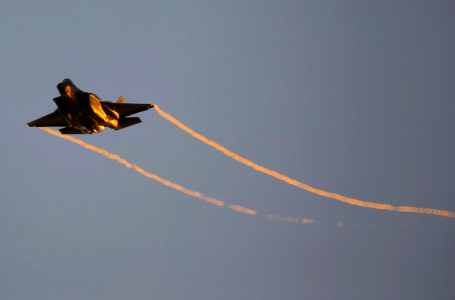 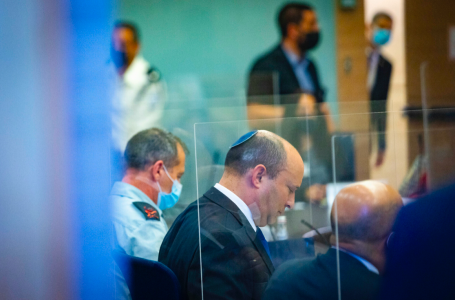 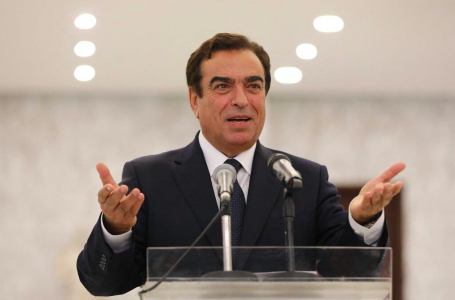 Why is the Gulf cutting ties with...