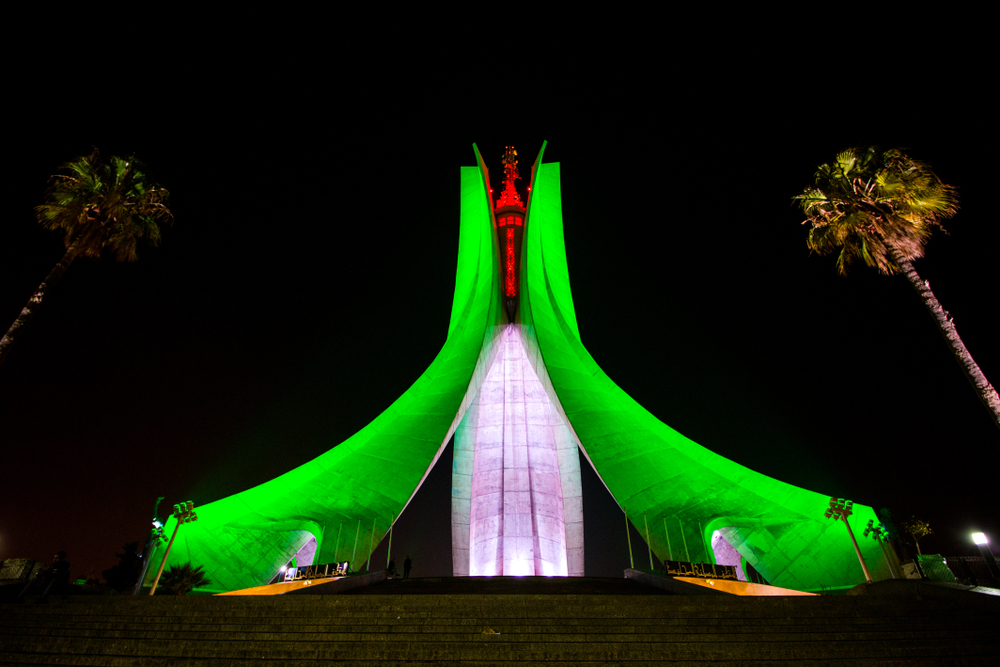 Algeria staying on the sidelines

Algeria has largely been a bystander in the Libya conflict despite its direct borders with the country. Algeria has not taken sides in the conflict and consistently called for a peaceful solution. This has led many to believe that Algeria could become an important mediator in the conflict.

Algeria’s Minister of Foreign Affairs has said that his country opposes Libya’s division under any circumstances, Anadolu news agency reported on Sunday. Sabri Boukadoum stressed that Algeria is keen to resolve the Libyan crisis through dialogue and maintain the integrity of its sovereign territory. “We expect the return of peace and stability as soon as possible in Libya with respect to territorial integrity and legality as well as the free choices of the Libyan people,” the minister told Anadolu. Algeria, he explained, is working to achieve such a goal, and maintains good relations with all sides. “We don’t want to separate [the Libyans] or take any position that might jeopardise the territorial integrity, the future, peace and unity of Libya. The division of the country will be a threat to everyone, specifically in the neighbouring countries.”

Boukadoum stressed that Algeria maintains good relations with all Libyan sides and has an “an equal footing with all Libyans with respect to legality”. The top diplomat said that Algeria seeks to bring all Libyans together. “We hope that there will not be division and we are working for this,” Boukadoum asserted. “Libya’s division will be danger for everyone, specifically for the neighboring countries.” Algeria continues to work to maintain “the territorial integrity, unity and stability in Libya,” the minister said. “These are absolutely essential to us.” The Algerian minister went on to assert his country’s capability to protect its border with Libya, saying “there is no problem for Algeria on the military side.”

Turning to the UN, which has yet to name a special envoy for Libya following the resignation of Ghassan Salame, the Algerian minister said: “We’re insisting on the appointment of a special representative of the secretary general as soon as possible.”
Salame, a Paris-born Lebanese diplomat who assumed his post as UN special envoy to Libya in June 2017, resigned on March 2. He recently criticized the UN Security Council’s position on the Libyan conflict, saying important member states had plotted to foil the country’s peace process.

The Algerian army on Thursday warned that if Libyan tribes are armed during the country’s current crisis, this could turn Libya into a “new Somalia.”  “The new situation today on the ground [in Libya] is more dangerous than anyone could imagine, and the repercussions of a proxy war planned by some parties to be implemented in Libya would have disastrous consequences on countries of the region,” Algeria’s Army Magazine said in its August issue. The magazine reiterated a warning by Algerian President Abdelmajid Tebboune that Libya could become a “new Somalia,” referring to the 1991 civil war in the Horn of Africa country.

Traditionally, Algeria is considered to be more positive towards the GNA than the opposing LNA. The GNA officials frequently visit Algeria.

Over the past month, Algeria has repeatedly put forward proposals aimed at a political settlement in Libya.  Earlier this year, Abdelmadjid Tebboune proposed that a round of dialogue be held in Algeria with the participation of all Libyan political forces and communities. At the same time, in June, the spokesperson for the President of Algeria, Belaid Mohand Oussaid, said that Algeria welcomed the “Cairo Declaration” aimed at a political solution to the Libyan crisis and the cessation of hostilities. Algeria supports any peace initiative aimed at ending hostilities in Libya, regardless of who the author is.

Algeria could therefore become a key mediator in the conflict if the two sides agree to cooperate.

Turkey attempting to gain the support of Algeria

As Algeria increases its calls for peace, Turkey and the GNA have increased their attempts to get Algeria on their side in the conflict.

Libyan writer and Islamic historian, Ali Al-Sallabi, who is a member of the International Association of Muslim Scholars (IAMS) who worked for years on the reconciliation file between the Libyan parties, including tribal leaders and elders, pointed out that “the Algerian effort can be effective if it is combined with coordination with the Turkish role, the UN mission in Libya and supporters of the right of the Libyan people to freedom and a civil democratic state, in a way that can support the efforts to establish peace and end violence.” Al-Sallabi expressed his hope that “the Algerian political position towards Libya will be developed to include not only supporting  political negotiation between the Libyan parties, but also pressuring Russia and the rest of the regional parties supporting retired Libyan Major General Khalifa Haftar to desist from this option.”

In parallel with its military activity in Libya and rising profile in Africa in the past five years, Ankara has changed its traditional foreign policy priorities with Algeria, Morocco and Tunisia, which has resulted in almost daily coverage in the Turkish media. Aside from their importance to maintain the Turkish military presence in Libya, these three countries also bear critical significance for Ankara’s Africa opening. For Algeria, the Friendship and Cooperation Agreement, which was signed during a visit by then-Prime Minister Recep Tayyip Erdogan in 2006, serves as a strong foundation for bilateral relations.

Most recently, An Algerian soldier, who is accused of having leaked confidential information from the Algerian army, was reportedly returned by the Turkish government last week. Guermit Bounouira was handed over to Algerian security officials by Turkey on July 30 and faced a military judge in Blida prison southwest of Algiers on Aug. 3, accused of leaking military secrets, reported the local media of the country. Algeria’s president phoned his Turkish counterpart last month to secure the return of a fugitive military official who fled Algeria days after its powerful army chief died in December, a top Algerian security source said. Turkey’s surrender of Bounouira to Algerian authorities underscores the importance Ankara attaches to its relationship with Algeria

Meanwhile, Saudi Arabia has also quietly been attempting to develop relations with Algeria, which could very well be an attempt to gain Algeria’s support for the UAE and Egypt backed Haftar.

Saudi Foreign Minister, Faisal Bin Farhan, arrived in Algeria last week following a visit to Egypt. The surprise visit came amid official discretion on both sides about its agenda and the files to be discussed during the meetings. Immediately upon his arrival in Algeria, Bin Farhan published a message on Twitter and a photo with his Algerian counterpart, Sabri Boukadoum, during a meeting they held at the Eurasian Hotel in the capital, Algiers, where official delegations visiting the country usually stay. The Saudi minister tweeted: “In a fraternal meeting with my friend His Excellency the Algerian Minister of Foreign Affairs, Sabri Boukadoum, with the start of an official visit to this dear country,” without providing further details about this visit and its duration.

In fact, Saudi Arabia confirmed that talks with Algeria involve cooperation in Libya. Bin Farhan in Algiers said that his country was committed to “coordinate with Algeria to reach a peaceful solution to the Libyan crisis and enable it to recover its security and stability.” He also stressed the crucial role of the neighboring countries in this question. We “are committeed to coordinate with Algeria. With the neighbouring countries, we work to reach a solution that preserves this country and enables it recover its stability.”

It is therefore clear that both Turkey and Saudi Arabia intend to increase cooperation with Algeria, which could be a significant sign that Algeria has a big role to play in Libya as mediator.

The meeting also focused on “matters of common interest”, according to the Saudi minister, who added that the “bilateral relations must be increased for further progress and coordination”