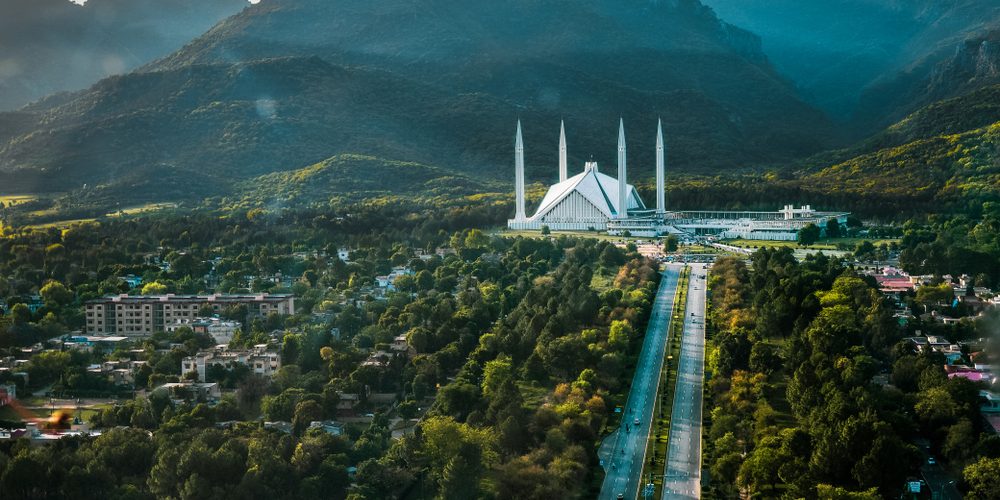 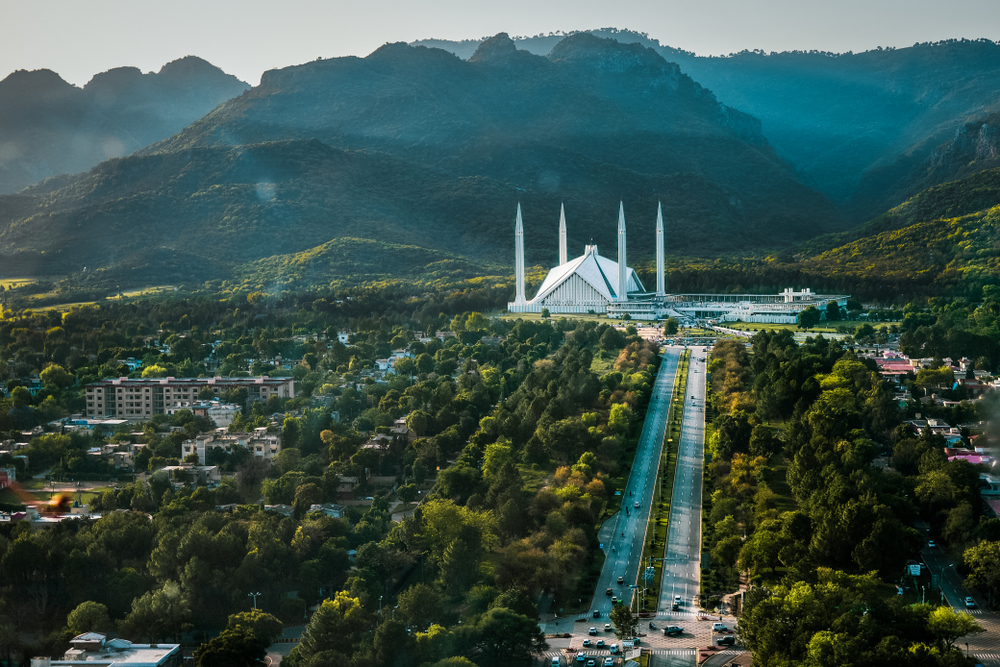 Islamabad / Pakistan - April 25 2019: Aerial photo of Islamabad, the capital city of Pakistan showing the landmark Shah Faisal Mosque and the lush green mountains of the city

Sweeping new regulations restricting social media in Pakistan put freedom of expression and the media at the heart of the struggle to counter both civilizationalist and authoritarian aspects of an emerging new world order. The regulations, adopted without public debate, position US social media companies like Facebook and Twitter at the forefront of the struggle and raise the spectre of China’s walled off Internet with its own state-controlled social media platforms becoming the model for a host of illiberals, authoritarians and autocrats. The regulations, that take effect immediately, embrace aspects of a civilizational state that defines its legal reach, if not its borders, in terms of a civilization rather than a nation state with clearly outlined, internationally recognized borders that determine the reach of its law and that is defined by its population and language. The regulations could force social media companies to globally suppress criticism of the more onerous aspects of Pakistani law, including constitutionally enshrined discrimination of some minorities like Ahmadis, a sect widely viewed as heretic by mainstream Islam, and imposition of a mandatory death sentence for blasphemy. The new rules force social media companies to “remove, suspend or disable access” to content posted in Pakistan or by Pakistani nationals abroad that the government deems as failing to “take due cognizance of the religious, cultural, ethnic and national security sensitivities of Pakistan.” The government can also demand removal of encryption. Social media companies are required to establish offices in Pakistan in the next three months and install data servers by February 2021. The government justified the rules with the need to combat hate speech, blasphemy, alleged fake news and online harassment of women. The Asia Internet Coalition, a technology and internet industry association that includes Facebook and Twitter, warned that the regulations “jeopardize the personal safety and privacy of citizens and undermine free expression” and would be “detrimental to Pakistan's ambitions for a digital economy." The introduction of the regulations reflects frustration in government as well as Pakistan’s powerful military with social media companies’ frequent refusal to honour requests to take down content. Pakistan ranked among the top countries requesting Facebook and Twitter to remove postings.