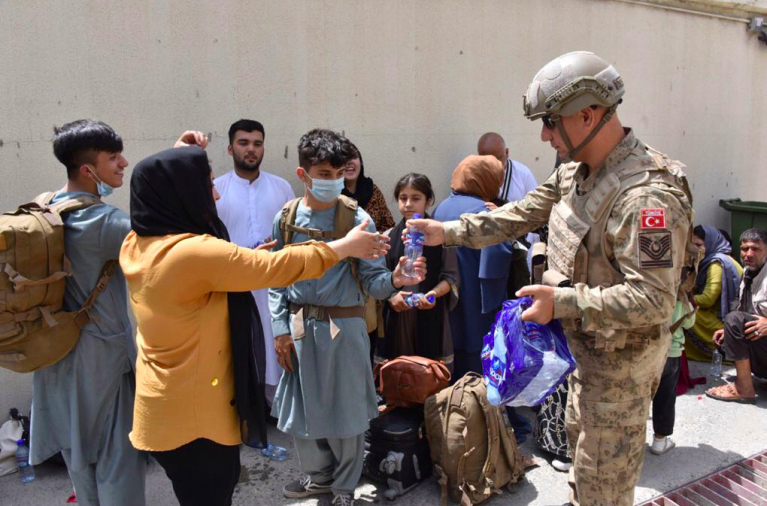 Turkey’s military has begun evacuating from Afghanistan, the defence ministry says, after the Taliban had asked Ankara for technical help to run Kabul airport, but insisted it withdraws its military by the end of August.

The Reuters news agency reported on Wednesday that the Taliban insisted that Ankara withdraw its military fully by the end-August deadline, even though President Recep Tayyip Erdogan’s government had said for months it could keep a presence at Kabul airport if requested after the Taliban seized control of Afghanistan.

Turkey was part of a NATO mission in Afghanistan and still has hundreds of troops at Kabul airport. It has also been involved in the evacuation efforts during the last two weeks.

“After various contacts and evaluating the current situation and conditions, the evacuation of the elements of the [Turkish Armed Forces] has begun,” the ministry said.

“The Turkish Armed forces is returning to our homeland’s soil with the pride of having accomplished the task it was entrusted with,” it added.

Turkey has praised what it described as moderate statements by the Taliban since they captured Kabul on August 15, and has said it is open to engaging with them once a new government is formed.

“We are welcoming the messages from the leaders of the Taliban with cautious optimism for now,” Erdogan said in the eastern province of Bitlis on Wednesday.

“Not the Taliban’s words but its activities, actions and the steps it will take will determine how the process ahead of us in Afghanistan will be shaped,” he added.

The Turkish defence ministry also left open the option of playing a security role in Kabul down the line.

“Turkey will continue to be with the Afghan people as long as they want,” it said, noting the troops had been stationed at the airport for the past six years.

“We want good relations with Turkey, the Turkish government and the Muslim people of the Turkish nation,” he said.

The decision to withdraw came after the Taliban asked Turkey for technical help to run Kabul airport after the departure of foreign forces but insisted that Ankara’s military also withdraw fully by the end-August deadline, two Turkish officials told Reuters.

The conditional request by the Islamist Taliban, who swept back to power in Afghanistan 20 years after they were ousted in a US invasion, leaves Ankara with a difficult decision over whether to accept a hazardous job, one official said.

Mainly Muslim Turkey was part of a NATO mission in Afghanistan and still has hundreds of troops at Kabul airport. The officials say they are ready to withdraw at short notice.

But President Tayyip Erdogan’s government has said for months that it could keep a presence at the airport if requested. After the Taliban seized control of the country Turkey offered technical and security assistance at the airport.

“The Taliban have made a request for technical support in running Kabul airport,” a senior Turkish official said, adding however that the Taliban demand for all Turkish troops to leave would complicate any prospective mission.

“Ensuring the safety of workers without the Turkish Armed Forces is a risky job,” he said, speaking on condition of anonymity.

Talks with the Taliban on the issue were ongoing and, in the meantime, preparations for a troop withdrawal had been completed, he said.

It was unclear whether Turkey would agree to give technical assistance if its troops were not there to provide security.

Another Turkish official said a final decision would be made by the Aug 31 deadline for foreign forces to leave the country and end a 20-year military involvement in Afghanistan.

Keeping the airport open after foreign forces hand over control is vital not just for Afghanistan to stay connected to the world but also to maintain aid supplies and operations.

Unpredictability of the situation

A major factor in determining the withdrawal of Turkish troops is the unpredictability and instability of the situation at the Kabul airport, as shown by the latest attacks.

A powerful bomb blast struck the perimeter of Kabul’s Hamid Karzai International Airport on Thursday, as civilians continued to seek to escape on flights from Taliban-controlled Afghanistan.

At least 95 people were killed and 150 others wounded.

The Pentagon confirmed 13 US service personnel were among those killed.

The bombing came hours after Western governments had warned their citizens to stay away from the airport, because of an imminent threat of an attack by IS-K, the Afghanistan branch of the Islamic State group.

On Thursday, the Pentagon said that there had been two explosions, the first at the Baron Hotel, near the airport’s perimeter.

But on Friday it changed its account, saying that there had only been one. Information about the attack had been “garbled”, according to a senior Pentagon official.

At the time of the blasts, Turkish troops had already begun their withdrawal.

One thing is sure, the only way that Turkey re-established its presence in the Kabul airport, whether military or technical, is if the Taliban is able to guarantee surrounding security and stability that creates an environment where the Turkish personnel can function. 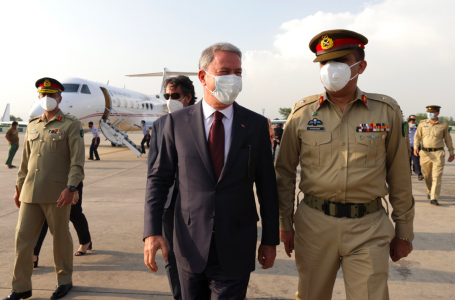 Will Pakistan facilitate negotiations between Turkey and... 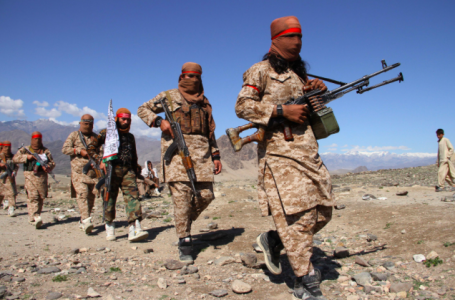 Will the Taliban take over Afghanistan in... 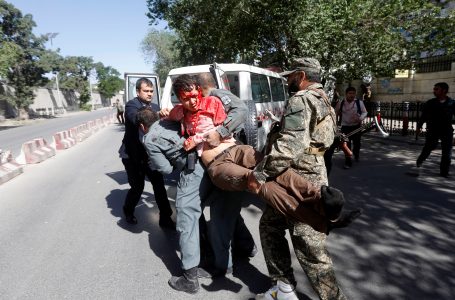 Afghanistan: Scores Killed in One Off Kabul’s...