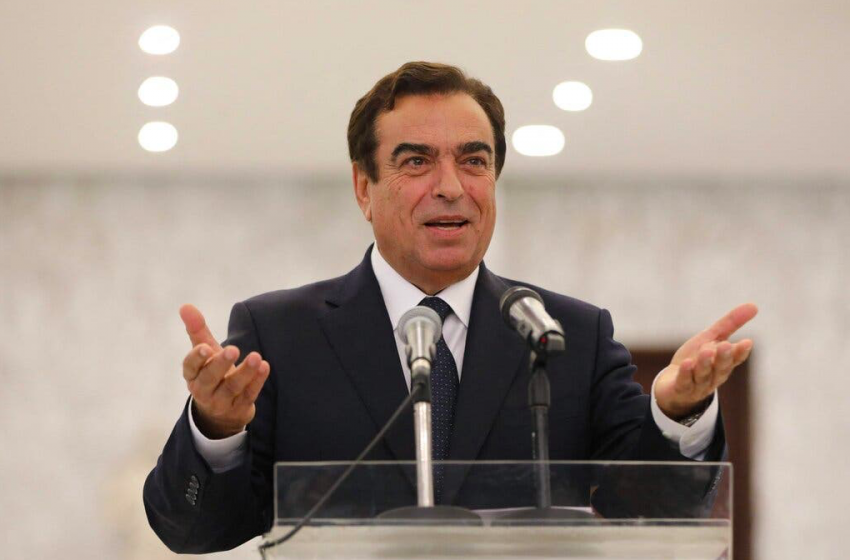 Lebanese Information Minister George Kordahi’s criticism of the Saudi-led military campaign in Yemen against the Houthi rebels has further strained relations between Lebanon and Gulf countries.

Videos began circulating online this week of a television interview Kordahi did in early August, just over a month before joining the government, in which he said the Iran-aligned Houthis are “defending themselves … against an external aggression”. The former celebrity TV presenter also said the long-running war was “futile” and called for it to end.

The critical comments angered Saudi Arabia and other countries in the Riyadh-led military coalition. Over the past two days, Saudi Arabia, the United Arab Emirates, Kuwait and Bahrain all summoned their ambassadors, while the six-nation Gulf Cooperation Council (GCC) – also comprising Qatar and Oman – condemned Kordahi’s remarks.

The game show host-turned-minister said in a news conference that his comments about the war in Yemen were “not partisan”, and that those were his personal opinions before becoming a minister.

“I put the interests of Lebanon above all,” he said. “And we should not remain prone to blackmail from anyone, not from states, nor embassies, nor individuals.”

Lebanese Prime Minister Najib Mikati and President Michel Aoun, who both have pushed for improving ties between Beirut and Riyadh, quickly dismissed Kordahi’s comments and insisted they did not represent Lebanon’s policies.

“It is true that we disassociate from conflicts, but we don’t disassociate ourselves from any position that is in solidarity with Saudi Arabia or the Gulf countries,” Mikati said in a statement.

The UAE on Sunday called on its citizens in Lebanon to immediately return home, a day after recalling its diplomats from Beirut over a Lebanese minister’s remarks on the Yemen war.

“In light of current events… the foreign ministry calls on all its citizens in Lebanon to return to the UAE as soon as possible,” it said in a statement.

Saudi Arabia and the GCC were once key political allies and economic backers of Lebanon. But lately, they have positioned themselves more on the sidelines, alarmed by the growing influence of Iran-backed Hezbollah and its allies in the Lebanese government, observers say.

Lebanon, now reeling from an economic crisis that has plunged almost three-quarters of its population into poverty, is hoping to restore relations of old.

The latest diplomatic row is visibly connected to Lebanon’s strengthening ties with Iran in recent years, largely through the internal influence of Iran-backed Hezbollah in the country.

In fact, the Saudis have made this clear as the Gulf diplomatic crisis with Lebanon deepened Sunday, with Saudi Arabia saying dealing with Beirut was “pointless,” due to Iran-backed Hezbollah’s dominance, and the UAE pressing its citizens to leave the country.

“There is a crisis in Lebanon with the dominance of Iranian proxies over the scene,” Saudi Prince Faisal bin Farhan told Saudi Arabia’s Al-Arabiya television in an interview on Sunday.

“This is what worries us and makes dealing with Lebanon pointless for the kingdom and for, I think, Gulf countries,” he said.

Kordahi, who was nominated by the Marada Movement — a Christian party allied to Hezbollah — said Yemen’s Houthi rebels were “defending themselves… against an external aggression,” and slammed as “futile” a Saudi-led military intervention in Yemen. The statement thus carries the weight of the growing Iranian influence in recent years, which has increasingly troubled the Gulf states.

How long will this crisis last?

It appears that although the Lebanese leadership is concerned over the increasing unpredictability and influence of Hezbollah in the country, it does not appear to oppose strengthening ties with Iran even further, and is rather hoping for reconciliation between Iran and Saudi Arabia, a process which started last year, but still has a long way to go.

Highlighting his country’s relations with the Islamic Republic, Abdullah Bou Habib said, “We have good relations with Iran and we are working to improve it,” the Mehr news agency reported on Monday, quoting Al-Manar.

The Lebanese foreign minister added at the same time Beirut welcomes relations with the U.S. and Saudi Arabia.

“We believe that the talks between Tehran and Riyadh will have a positive impact on Beirut as well.”

Mikati’s government, which took office in September, is already facing a set of problems from crucial coalition partners, including Hezbollah-aligned politicians.

Under Lebanon’s constitution, three top government positions of the president, prime minister and speaker must be split between a Maronite Christian, a Sunni Muslim and a Shia Muslim.

Such a system often results in a weak coalition government where different arms of government try to get funds and jobs for their own constituents rather than agreeing to a single national agenda.

In October, Beirut turned into a battlefield where armed fighters used rockets and heavy weaponry against each other over a tussle involving the investigation of the Beirut port blast last year in which more than 200 people were killed.

As the Lebanese government is aware of its desperate economic situation, it is unsurprising that its top officials have condemned the statement and seek to maintain ties with the Gulf, but even if this is the case, in the larger spectrum, it will be hard for Lebanon and the Gulf to head towards full reconciliation as long as Hezbollah and Iran maintain a strong presence in the country. At the current rate, this presence appears to be only growing, and the recent move by the Gulf could be a warning to Lebanon that if Iran gains any further foothold in the Levantine country, it could become isolated by the Gulf and its allies. Lebanon would likely fare much worse than Qatar did in such a scenario, due to its struggling economy and political instability.