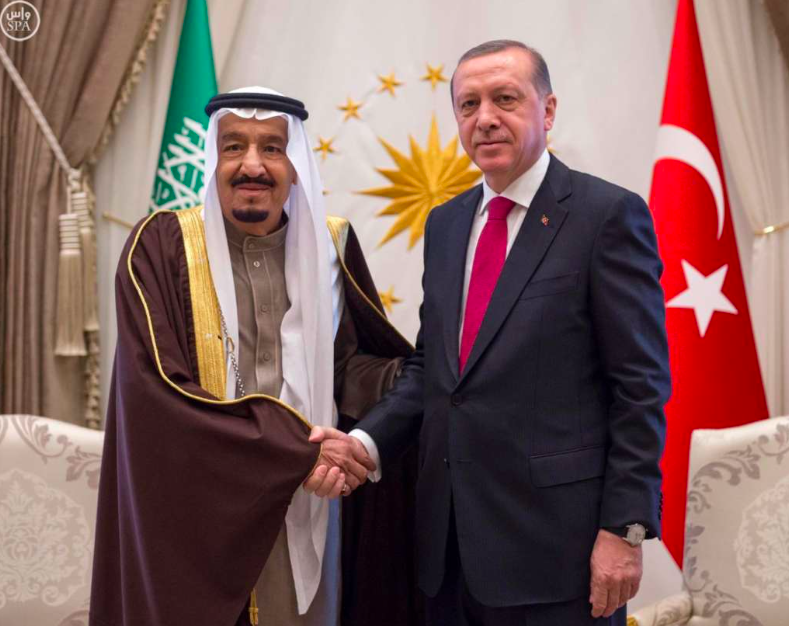 Tensions have recently grown betweenSaudi Arabia and Turkey over the latter’s interventionist policies in the region.

The boycott call came after Erdogan claimed that some countries in the Arabian Gulf were targeting Turkey.

“Turkish political mess-ups and interference in countries of the Middle East is the real reason behind this popular boycott of Turkish products,” said Dr. Hamdan Al-Shehri, a political analyst and international relations scholar.

“Turkish President Erdogan changed his previous policy of minimizing Turkish problems and instead exported it to the outside. Turkey has been threatening the region just as Iran is, using terrorist militias, spreading them in the countries of the region and by their support for the Brotherhood, which is classified as a terrorist organization in many countries of the world. This constitutes a regional security threat to the Arab countries and the Gulf states directly, especially with Turkey’s exploitation of the Qatari crisis and the continuous auctions of the Palestinian cause.”

Dr. Al-Shehri said that the popular boycott of Turkish products was a message from the Saudi people and others who were in solidarity with the campaign to reject Turkish interventions and Turkish hostility toward the countries of the region, such as their interference in the issue of the rotation of the Two Holy Mosques and interventions in Iraq, Syria and Libya.

The meeting was a first between the two ministers since the killing of Jamal Khashoggi in 2018, and came a week after Turkish President Recep Tayyip Erdoğan spoke on the phone with Saudi King Salman bin Abdulaziz al Saud to discuss issues related to the G20 summit.

Furthermore, Saudi King Salman Bin Abdulaziz has made a phone call to Turkish President Recep Tayyip Erdogan on the eve of a Group of 20 (G20) summit that the kingdom is hosting for the first time.

During the call, coordination of efforts made as part of the G20 summit agenda was discussed, the Saudi news agency SPA.

In a sign of improved ties, King Salman earlier this month ordered urgent aid to Turkey for victims of a recent deadly earthquake that hit Turkey’s city of Izmir.

Despite this, there is still a long way to go, as Reuters announced in recent days that the Turkish exporters’ union confirms that Saudi Arabia has formally suspended imports of meat, eggs and other products from Turkey earlier in November. It remains to be seen how fast, and whether at all, ties between Turkey and Saudi Arabia can re-establish themselves.

What are the motives behind this?

Why is Saudi Arabia suddenly opening up to Turkey after a period of heightened tensions in recent months? The result of the US presidential elections may have played a role in this change of stance. Analysts suggest factors that are leading to the improvement in ties could be economic matters as well as an incoming Joe Biden presidency.

“Saudi Arabia and MBS [Mohammed Bin Salman] in particular, he tries to be the leader of the Arab world.” said professor of international relations Huseyin Bagci of Ankara’s Middle East Technical University.

“Saudi Arabia is a close ally to the U.S., and Donald Trump gave them a free hand without conditions. Turkey was also trying to be the leader of the Arabs and the Islamic world, which was opposed by Saudi Arabia,” Bagci said.

Observers blame the bilateral rivalry for worsening conflicts across the Middle East and North Africa. But Biden’s apparent election victory over Trump is forcing the Turks and Saudis to reassess this state of affairs and its future.

“One of the impetus [for Saudi Turkish rapprochement] is the arrival of Joe Biden,” said former Turkish Ambassador to Qatar, Mithat Rende, now a regional energy analyst. “The Saudis should be prepared [for] a different treatment by the Biden administration, so the Saudis and also the Turks, they came to understand this worsening of relations, this crisis in bilateral relations is not sustainable.”

Analysts also cite economic factors in the push for Turkey’s rapprochement with Riyadh. “Turkey has economically terrible conditions at the moment, and Saudi Arabia has always been a life-breath for Turkey,” said Bagci.

“In the past, they invest and bring money into the country, so probably this also try by Turkey to renew the relations, and to make some concessions,” he added.

In a possible gesture to Riyadh, analysts suggest Ankara is toning down its rhetoric over the murder of Saudi journalist Jamal Khashoggi.

Khashoggi’s murder inside Saudi Arabia’s Istanbul consulate in 2018 saw Erdogan take a leading role in international condemnation of Riyadh for the slaying, which was widely blamed on prominent members of the Saudi regime.

An Istanbul court is currently trying Saudi officials in absentia for Khashoggi’s killing.  Ankara had been drawing publicity to the case, until now.

It remains to be seen how smoothly this reapproachment will go, but it is clear that Biden’s victory and economic factors can act as a catalyst to this process.