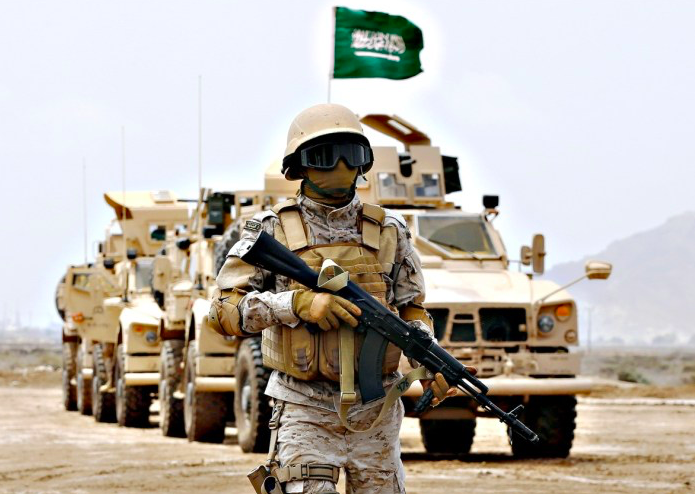 Saudi Arabia plans to hugely expand its modest arms industry over the next decade.

Earlier this year, Riyadh announced it would invest more than $20bn in its domestic weapons industry, with a 2030 goal of spending around 50 percent of its military budget on local sources. Building more weapons systems locally would naturally reduce Saudi Arabia’s need to import the vast majority of its military hardware, munitions, and spare parts – as it does currently.

At present, the oil-rich nation is one of the world’s single largest importers of military equipment. The kingdom’s heavy dependency on the United States and western countries in particular for weapons systems can at times prove disadvantageous.

Saudi Arabia inaugurated its own state-owned holding company, Saudi Arabian Military Industries (SAMI) in May 2017, and within two years, signed over 25 agreements with foreign partners to acquire alternative technologies allowing the Saudis – subjected to arms embargoes owing to its war in Yemen – to have a Plan B for product development and weapon system projects.

The General Authority for Military Industries (GAMI), established three months later by the Saudi Council of Ministers, is, according to its homepage, the “regulator, enabler, and licensor” of the Kingdom’s military industry and charged with the building of a sustainable domestic defense sector.” GAMI announced in November 2019 that it planned to increase support for scientific research to 4% of the military’s budget for the next 10 years in order to “convey technology, weapons industry, and military industries in general.”

Aside from collaborative ventures, the Saudis have been developing their own technology: some 40 engineers (of unspecified nationality) have been working on short-range ballistic missiles and laser-guided bombs at the King Abdulaziz City for Science and Technology, one of the government’s R&D branches.

In 2019, the US reached a co-production agreement with Saudi Arabia to manufacture key components of US-built Paveway “precision-guided” weaponry in the kingdom.

As The New York Times reported, the deal “raised concerns that the Saudis could gain access to technology that would let them produce their own version of American precision-guided bombs”.

“But the goal of spending 50 percent of the kingdom’s military budget at home remains a distant, unlikely one.”

The question arises as to why Saudi Arabia has in recent years launched this ambitious campaign of domestication of arms production. There are two main factors driving this shift. The first is the rift in the previously strong and stable ties between the US and Saudi Arabia, and the second is Saudi Arabia Crown Prince Mohammed Bin Salman’s vision 2030, which is focused on diversifying Saudi Arabia’s economy and shifting away from Oil dependency.

The Pentagon is pulling missile defense systems and other military hardware and personnel from Saudi Arabia and other countries in the Middle East, according to a defense official, as it realigns its mission and forces to confront China and Russia.

Defense Secretary Lloyd Austin instructed the commander of US Central Command, which oversees the region, to remove the forces this summer.
Some of the military capabilities and platforms will be returned to the United States for much needed maintenance and repair, said Pentagon spokeswoman Cmdr. Jessica McNulty, while other assets will be redeployed to other regions.
“This decision was made in close coordination with host nations and with a clear eye on preserving our ability to meet our security commitments. It’s about maintaining some of our high demand, low density assets so they are ready for future requirements in the event of a contingency,” McNulty said in a statement, adding that the Pentagon would not disclose where the military assets would be going or when.
The Wall Street Journal was first to report the troop movements. The US bolstered its military footprint in Saudi Arabia following a September 2019 attack on the country’s oil facilities, attributed to Iran, that disrupted the global oil supply. In the wake of the attack, the US sent thousands of troops into the country, as well as two Patriot missile batteries and one Terminal High Altitude Air Defense (THAAD) system.
Saudi Arabia’s response to this announcement of the US shows how this shift is directly linked to Saudi investment in domestic arms.”This will not affect the Saudi air defences,” coalition spokesman Turki al-Maliki told reporters.

“We have a strong understanding with… our allies about the threat in the region. We do have the capability to defend our country.”

The US drawdown comes as President Joe Biden’s administration seeks to ease tensions with Iran, Saudi Arabia’s arch-foe, after they heated up in 2019 under his predecessor Donald Trump’s “maximum pressure” campaign on Tehran.

Maliki did not disclose how many Patriots the kingdom currently has. This development, coupled with the kingdom’s general desire to lessen its dependence on foreign sources for arms procurement, are likely the main factors motivating Riyadh’s ambitious 2030 defence project.

It also appears that Saudi Arabia is following in the footsteps of the UAE, who have made some significant progress in the local development and manufacture of arms, mainly through its state-owned defence conglomerate, EDGE Group.

The UAE is developing an increasingly sophisticated defence industry in the Emirates, according to a new report released in the run-up to the International Defence Exhibition and Conference in Abu Dhabi.

It has done so by heavily investing in local companies and strategic partnerships with multinational defence corporations, the study by the US-UAE Business Council reveals.

“This has begun to bear fruit in the creation of a sizeable local defence industry,” it said.

The Emirates Defence Industries Company and International Golden Group are prime examples, with the UAE increasingly “turning to these domestic companies when awarding lucrative defence contracts”.

The report also notes several significant developments in the country’s defence strategy since it was last published in 2017.

The conflict in Yemen and the large-scale postings of the UAE military overseas have highlighted a greater need for logistics and maintenance equipment for its expeditionary forces, as well as better surveillance and intelligence capabilities.

The UAE’s navy has also been required to expand from home waters to develop a logistics supply chain to its forces in Yemen and elsewhere in the region, including the Horn of Africa.

The UAE’s diversified economy, and large focus on education of a young indigenous workforce are the main reasons for this success, and a model for Saudi Arabia to follow. The UAE has also become increasingly geopolitically brave and independent in recent years, something the Saudis aspire to become.

Many analysts have argued that MBS’s ambitious 2030 aim is unrealistic.

“But the goal of spending 50 percent of the kingdom’s military budget at home remains a distant, unlikely one.”

Hawthorne pointed out the kingdom remained heavily dependent on foreign sources and imports for its “technologically advanced weapons, aircraft, and ships”.

“Riyadh has successfully been able to divert some money formerly earmarked for imports to developing domestic alternatives and has reaped the benefit in terms of Saudis employed, but the goal of going from two percent domestic spending in 2018 to 50 percent domestic spending by 2030 is unrealistic if Riyadh wants to maintain its capabilities and maintain an arsenal of the best equipment,” she said.

Rick Edwards, a top Lockheed Martin executive noted that “we support the Vision 2030 goals completely, but you are not going to go from 2 percent to 50 percent in a few years.”

Anthony Cordesman is even more emphatic, calling the notion to develop the Kingdom’s own defense industrial base “the silliest and least convincing aspect of the Saudi 2030 plan.” He adds that there is “virtually no way to waste money more effectively than trying to create an effective technology base or fund a weapons assembly effort in an area of industry and technology which is so demanding, offers so few real-world benefits in job creation, and where there often is so little ability to use the technology needed for specific weapons or purposes – particularly civil ones.”

It will almost certainly take Saudi Arabia longer than the stated goal of 2030 to reach the goal of 50 percent domestic spending on arms, but the Kingdom is certainly taking important steps towards the realization of this goal, signaling a gradual but steady shift of Saudi Arabia away from Arms dependency on the US, and therefore towards a more independent foreign policy in the future. 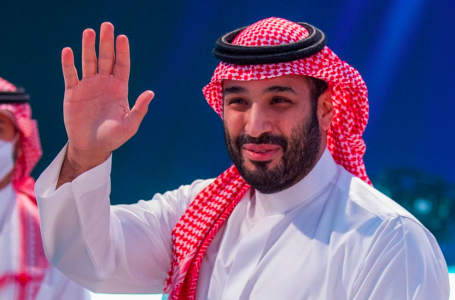