In late October the Israeli Prime Minister Benjamin Netanyahu visited Oman, the sleepy Sultanate on the south-eastern edge of the Arabian Peninsula. Whilst the visit is consistent with Israel’s thawing relationship with a number of Arab countries, including Egypt and the Gulf states, nevertheless the visit to Muscat took observes by surprise.

That is mainly because Oman has been traditionally close to Iran, a deep-rooted relationship which tends to get stronger when Iran comes under severe pressure, as it is now with the re-imposition of tough and far-reaching US sanctions.

Therefore, by embracing Israel, Oman is risking its strong and fruitful ties to Iran, a political and strategic risk which Oman can ill afford in the long term.

The Geopolitics of Oman

Unlike some of her Gulf neighbours Oman has a long and proud history. Back in the 18th century the Sultanate of Oman successfully competed with Britain, Portugal and Iran for influence in the Persian Gulf, the Gulf of Oman and the Indian Ocean. The country has been more or less independent since the middle of the 16th century.

From a political point of view, the country is distinctive by the fact that it was ruled for a long time by an Imamate system based on the al-Ibadiyyah school of Islam. A derivative of the original Khawarij tendency, the al-Ibadiyyah survives only in Oman and small pockets in North Africa, notably Algeria.

Oman’s Ibadi identity is central to the country’s geopolitical profile. It sets Oman firmly apart from her Gulf neighbours which to varying degrees, and at an official level, follow a Wahhabi interpretation of Islam. It also sets it apart from Yemen and the Iranian Shia giant across the Gulf.

The Ibadi faith has also had a profound impact on Oman’s domestic politics and associated socio-economic and cultural institutions. In the popular imagination Oman is often characterised as a sleepy, benign and insular society. Regular travellers to Oman would likely attest to this description of the Sultanate.

The guiding principles of Oman’s foreign policy was set down firmly in the 1970s. Up to that point and for much of the 20th century Oman was too consumed by internal division and strife to formulate and implement an effective foreign policy. This was a far cry from Oman’s role in previous centuries as a small empire on the edge of the Arabian Peninsula.

The turning point in the late 20th century came in the form of the so-called Dhofar rebellion (referencing the Omani province by that name) spearheaded by Marxist-Leninist rebels. The embattled Omani state finally managed to defeat this determined rebellion primarily with the help of British and more importantly Iranian military support (more on this later).

The most important point about the Dhofar conflict and its aftermath is that it forced the Omani ruling system to undertake deep and far-reaching structural and institutional reforms to elevate it to a level consistent with 20th century standards. For the first six decades of the 20th century Oman was essentially stuck in the past and barely functioning under the burden of obsolete institutions and associated policies.

The defeat of the rebellion in 1976 heralded the emergence of a unified and coherent Omani state which had both the confidence and the means to play an important role in its immediate external environment.

At that point Oman’s ruler Sultan Qaboos bin Said al-Said chose to adopt a balancing and mediatory role in regional and foreign policy. By all credible accounts, Sultan Qaboos is a wise and far-sighted leader who has expertly mobilised the resources of his small country to exert maximum influence in the regional environment, notably in relation to Yemen, Saudi Arabia, the wider Gulf region and Iran.

Broadly speaking, there are three important strands to Oman’s foreign policy, namely its membership of the Gulf Cooperation Council (GCC), relationship with Iran and enduring ties to the United Kingdom. To understand Muscat’s place in the world it is vital that we undertake an in-depth examination of these three important dimensions of Omani foreign policy.

Oman and GCC: a reluctant member?

Oman joined the GCC at its inception in 1981 and has been an active member of its various branches and committees since. But this active participation does not necessarily mean full acquiescence to the general thrust of GCC policies. As it is now widely known the GCC has been reduced to essentially a vehicle for the promotion of Saudi Arabia’s, and to a lesser extent, the United Arab Emirates’, positions and interests in the Persian Gulf region.

But Oman dissents from this Saudi-UAE driven agenda in three important respects. Foremost, Oman is opposed to Saudi’s hostile policy on Iran and does not want the GCC to be used as a forum to push this agenda.

Second, Oman is officially neutral in the spat between the GCC (plus Egypt) and Qatar. But privately Oman harbours sympathy for Doha’s position and supports its balancing role vis-à-vis Saudi Arabia. Just like Qatar, Oman has much to lose if Saudi Arabia achieves its goal of establishing primacy in the Gulf region.

Third, Oman is opposed to the Saudi-UAE led war on Yemen both on humanitarian and geopolitical grounds. Oman shares a border with Yemen and stands to be deeply affected if Yemen disintegrates altogether. In order to blunt the effectiveness of the Saudi-Yemeni led war, Oman has reportedly gone to the extent of facilitating arms transfers to the Ansarullah movement, also known as the Houthis.

Oman and Iran: A Special Relationship

As stated earlier, Iran intervened militarily in the early and mid-1970s to help Oman defeat the Marxist-Leninist rebellion in Dhofar. This intervention was made by the former Shah of Iran whose goal was to act as the policeman of the Persian Gulf at the behest of America.

The Shah was overthrown in the 1979 Iranian revolution but the Omani ruler, Sultan Qaboos, never forgot Iran’s decisive military intervention in the Dhofar conflict. The Sultan knew very well that absent that intervention Oman would have likely disintegrated as a cohesive state and he would have lost his crown.

For this reason, Oman continued to maintain warm ties with revolutionary Iran thus qualifying as the only regional state whose relations with Iran were not upset or altered as a result of the Iranian revolution.

Oman’s simultaneously good ties with Iran and the West has enabled it to play a mediating role, particularly between Iran and the United States. For instance, Oman hosted secret talks between Iran and the US in 2013 on Iran’s nuclear programme. These talks sowed the seeds which eventually bloomed into the landmark nuclear accord of 2015.

In the modern period British influence in Oman was consolidated by the Treaty of Seeb (1920) which formalised Oman’s partition into two distinct regions, a coastal state and an autonomous interior.

The British continued to maintain influence in the latter part of the 20th century as demonstrated by the UK military intervention in the Dhofar conflict. At that point the British army struck up an enduring partnership with its Omani counterpart. This is foremost embodied by the “Swift Sword” series of manoeuvres, with the latest held in October 2018.

The British influence over Oman’s armed forces is the clearest indicator that ultimately Oman looks to the West for safety, security and survival.

Whilst Netanyahu’s visit to Muscat caught observers by surprise, it is important to note that Oman has had important contacts with Israel for more than two decades. The late Israeli Prime Minister Yitzhak Rabin visited Oman in late 1994, setting off a diplomatic engagement which produced an “agreement” just over a year later.

Moreover, Netanyahu’s visit was preceded by Israeli officials’ visit to Abu Dhabi and Dubai in the United Arab Emirates, leading the BBC to celebrate the “warming up” of Israeli-Arab ties after a “long deep freeze”.

Whilst the symbolism of Netanyahu’s visit to Muscat is important – in so far as it further erodes the taboo surrounding Israel in the Muslim world – in practical terms the Israeli Prime Minister was pursuing a narrow agenda during his eight-hour stop in the Omani capital. Most likely much of the content of his meeting with Sultan Qaboos revolved around Israel’s arch-foe Iran.

Israel is agitating for a full-frontal diplomatic, political, economic and potentially military assault on Iran. Israeli pressure played a decisive role in the Trump administration’s decision to abandon the landmark nuclear accord and by extension to re-impose harsh sanctions on Iran.

Beyond the US-led sanctions regime, Israel is trying to align more and more with Saudi Arabia with a view to creating a regional block against Iran. Oman stands in the way of that potential coalition.

Whilst Netanyahu cannot hope to turn Oman against Iran, but at minimum he aspires to enlist Oman’s help in thwarting Iran’s sanctions busting activities. As sanctions begin to bite Iran traditionally turns to friendly countries to help it evade certain sanctions or act as intermediaries with countries and entities who cannot afford to be seen to be doing direct business with the Islamic Republic.

Oman’s geographic position at the mouth of the Arabian Peninsula and the gateway to the Persian Gulf makes it critical to Iranian sanctions-busting activities, particularly in relation to the sale of oil and other petroleum products.

The Omani ruler and his inner circle probably view their outreach to Israel as part of their balancing and mediation role in the region. These are the guiding principles of Oman’s foreign policy. Based on these principles, Oman strives to be on good terms with all regional powers.

But the Omani leadership also places a premium on loyalty and longevity. Oman’s special relationship with Iran is nearly fifty years old and as stated earlier the Omani ruler continues to feel deeply indebted to Iran for that country’s decisive role in safeguarding Oman’s territorial integrity and sovereignty back in the 1970s.

Furthermore, the Omani ruler is known to take the long view, a feature cemented by his nearly 50-year rule. It is plausible that he thinks that eventually Iran and the United States are going to strike a “grand bargain” to begin the process of normalisation. In view of its established role as a mediator Oman hopes to play a big role in that reconciliation process.

In the final analysis, leaving Iran aside, there is no getting away from the symbolic importance of Netanyahu’s visit. The symbolism assumes even greater significance when set against the backdrop of Rabin’s visit to Muscat twenty-four years ago. On current trajectory Oman is on course to develop full-fledged ties with the Jewish state. 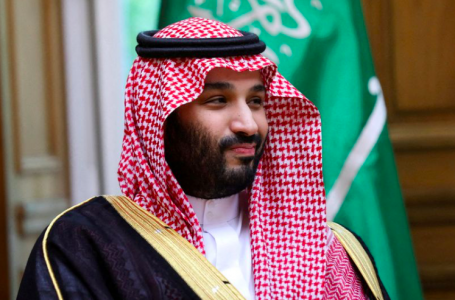