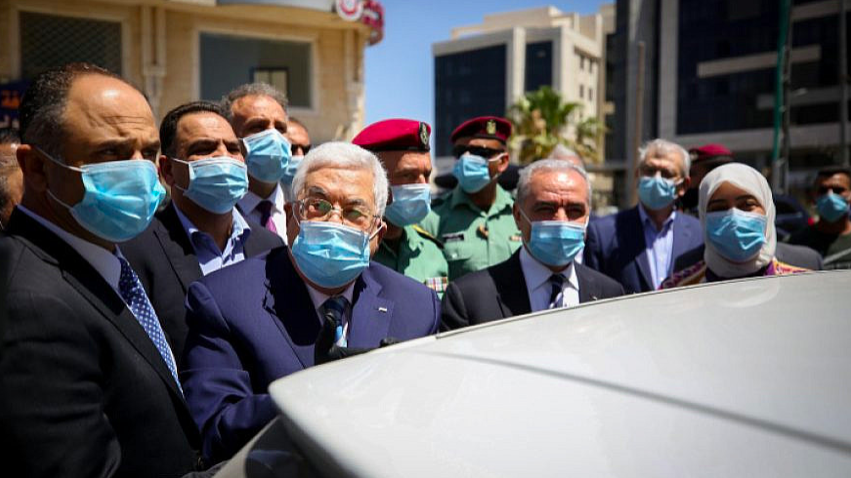 Palestinian President Mahmoud Abbas on Friday postponed planned parliamentary elections amid a dispute over voting in Israeli-annexed East Jerusalem and splits in his Fatah party.

Abbas, 85, blamed Israel for uncertainty about whether it would allow the legislative election to proceed in Jerusalem as well as in the occupied West Bank and Gaza.

The decision came three months after he announced the first national elections for 15 years in what was widely seen as a response to criticism of the democratic legitimacy of Palestinian institutions, including his own presidency.

The dispute over Jerusalem was the principal reason cited by Abbas in a speech early Friday following a meeting of Palestinian political factions.

“Facing this difficult situation, we decided to postpone the date of holding legislative elections until the participation of Jerusalem and its people is guaranteed,” Abbas said in the speech on Palestinian TV.

The delay of the elections set for May is likely to draw intense domestic criticism, with Abbas and his allies weakened by challengers from within his own divided Fatah party.

It was not immediately clear whether a presidential vote scheduled for July would go ahead.

“We reiterate our assertion and insistence on the participation of our people in Jerusalem from inside Jerusalem in the upcoming elections, in terms of nomination, voting, and representation, as was the case in the 2006 elections,” Izzat al-Rishq, a Hamas political bureau member, said in an exclusive statement to Anadolu Agency.

Stressing that this is a “constant and uncompromised position”, he asserted that “there can be no elections without Jerusalem, because of the historical right and symbolic struggle it represents for the Palestinian people.”

Al-Rishq said the Palestinian people will use all its powers and means to pressure Israel to allow elections in Jerusalem.

“Our Arab and Islamic nation and the international community are required to put pressure on the [Israeli] occupation to prevent it from blocking holding elections in Jerusalem and to stand by our Palestinian people to achieve their aspirations for unity, freedom and independence,” he said.

“Jerusalem was and will remain the eternal capital of Palestine, and it is the symbol of our struggle and resistance.”

The Israeli government has so far made no response to requests to allow Palestinian citizens of East Jerusalem to cast ballots.

After a gap of 15 years, Palestinians are set to vote for an elected legislature on May 22 and presidential polls on July 31.

Besides the Palestinian Authority, the international community has repeatedly requested that Tel Aviv not obstruct the electoral process in East Jerusalem, which it has occupied since 1967.

Does Israel fear the elections results?

Many believe that Israel fears the results of the upcoming elections, stimulating them to use any tools possible to postpone the elections. The outcome of an election could be gains for Hamas, the Islamist militant group that controls Gaza. Abbas’s chief domestic rival, Hamas is regarded as a terrorist group by Israel, the United States and European Union but fought a well-organised campaign to defeat a similarly divided Fatah in 2006.

Abbas’s critics had charged that he would use the Jerusalem issue to buy time as Fatah’s political prospects deteriorated.

Hamas was seen as better organised than Fatah and well placed to gain ground in the West Bank.

Observers also see the Jerusalem issue as a possible pretext for the cancellation because a victory for Abbas’s heavily divided Fatah is considered uncertain.

In recent polls, two-thirds of respondents expressed dissatisfaction with the president.

Michael Milshtein, head of the Palestinian Studies Forum at the Moshe Dayan Center for Middle Eastern and African Studies at Tel Aviv University, told JNS that the threat is clear not only to Israeli or American observers, but also to senior members of Fatah and the Palestinian Authority.

“A quick look at Fatah is sufficient to understand the scope of the danger and the chances of returning to the events of 2006 to 2007,” he said, when Hamas won a majority of seats in the Palestinian Legislative Council, before overthrowing Fatah in a violent coup in the Gaza Strip.”

Until 2018, Milshtein served as an adviser on Palestinian affairs in COGAT (the Coordinator of Government Activities in the Territories) and was previously also head of the Department for Palestinians Affairs in Israel Defense Forces Military Intelligence.