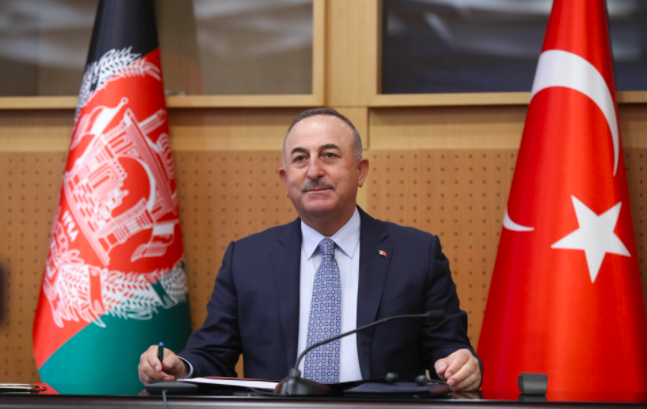 After four decades of grinding combat in Afghanistan, peace negotiations between the Afghan government and the Taliban have raised at least a possibility that the long cycle of violence might someday end.

But that milestone is a long way off. The most recent round of discussions, which began in September, were riddled with bureaucratic hangups and monthslong debates over minor issues.

And though those talks resulted in an agreement on the principles and procedures that will guide the next round of peace negotiations, they came with a price. While the two sides met in Doha, Qatar, bloodletting on battlefields and in Afghan cities surged.

The talks resumed in early January, after a brief recess, but they have been stalled by a diplomatic stalemate amid escalating violence. Both sides are waiting for President Biden to decide whether to keep the remaining 2,500 U.S. forces in Afghanistan beyond the May 1 withdrawal deadline outlined in the February 2020 U.S.-Taliban agreement.

With violence spiking, Afghanistan’s warring sides have returned to the negotiation table last month, ending more than a month of delays amid hopes that the two sides can agree on a reduction of violence – and eventually, an outright ceasefire.

Taliban spokesman Dr. Mohammad Naeem tweeted in lat February that talks had resumed in the Middle Eastern State of Qatar, where the insurgent movement maintains a political office. There were no details other than the atmosphere was “cordial”, a commitment that negotiations should continue and an announcement that the first item of business will be setting the agenda.

When talks ended abruptly in January, just days after beginning, both sides submitted their wish lists for agendas. The task now is for the two sides to sift through the respective wish lists, agree on items to negotiate and the order in which they will be tackled.

The priority for the Afghan government, Washington and NATO is a serious reduction in violence leading to a cease fire. The Taliban have said it is negotiable, but until now have resisted any immediate cease fire.

Washington is reviewing the February 2020 peace deal the previous Trump administration signed with the Taliban that calls for the final withdrawal of international forces by May 1. The Taliban have resisted suggestions of even a brief extension, but a consensus is mounting in Washington for a delay in the withdrawal deadline.

There is even a suggestion of a smaller intelligence – based force staying behind that would focus almost exclusively on counter-terrorism and an increasingly active and deadly Islamic State affiliate, headquartered in eastern Afghanistan.

But neither Washington nor NATO has yet to announce a decision on the fate of an estimated 10,000 troops, including 2,500 American soldiers, still in Afghanistan. The Biden administration has emphasized a political solution to the protracted Afghan conflict, retained Zalmay Khalilzad, the man who negotiated the U.S. peace deal with the Taliban and until now avoided any definitive statements about the road forward.

Pakistan, which also still hosts 1.5 million Afghan refugees has repeatedly said the only solution in Afghanistan is political and has previously been credited with getting the Taliban to the negotiating table.

The latest diplomatic activity in Islamabad also coincidentally comes as Pakistan is being discussed at a meeting underway this week in Paris of the Financial Action Task Force probing terrorism financing and money laundering. Pakistan is currently on a so-called grey list, the last step before a black listing which would seriously erode the country’s ability to borrow money.

In the midst of this uncertainty, the US has asked for the involvement of a new mediator. Turkey.

The US asks Turkey to mediate

Turkey will be asked to host a senior-level intra-Afghan peace talks meeting in the coming weeks to finalize a peace agreement, U.S. Secretary of State Antony Blinken said in a letter to Afghanistan’s President Ashraf Ghani.

“The United Nations should convene a meeting of foreign ministers and envoys from Russia, China, Pakistan, Iran, India and the U.S. to discuss a unified approach to supporting peace in Afghanistan,” Blinken said in the letter as the first suggestion.

“Second, I have asked Ambassador (Zalmay) Khalilzad, whose vital work President (Joe) Biden and I asked that he continue, to prepare and to share with you as well as with Taliban leaders written proposals aimed at accelerating discussions on a negotiated settlement and cease-fire,” he continued.

“We will ask the government of Turkey to host a senior-level meeting of both sides in the coming weeks to finalize a peace agreement. I [Blinken] urge you [Ghani] or your authoritative designates to join other representatives of the Islamic Republic [of Afghanistan] in this meeting,” Tolo News reported, sharing the leaked letter on its website.

Blinken underlined that the U.S. shared the view that efforts are needed to reduce the high-levels of violence in the country, undermining the fragile peace process.

Turkey has been contributing to the security of Afghanistan and will keep its presence in the country as long as its Afghan brothers demand it, Foreign Minister Mevlüt Çavuşoğlu said last week, marking the 100th anniversary of diplomatic relations between the two countries.

The Turkish Parliament in late 2020 approved a motion to extend the deployment of Turkish troops in Afghanistan for 18 months as part of NATO’s support mission in the war-torn country.

The initial legislation took effect on Jan. 6, 2019, that allowed the Turkish government to send troops to Afghanistan to support the NATO-led mission Resolute Support. After ending the 17-year combat mission in Afghanistan in 2018, the mission has evolved into training and advising the nascent Afghan security forces.

Diplomatic ties between Turkey and Afghanistan can be traced back to 1919, the year Afghanistan gained its independence. Turkey then became the first diplomatic representation to be inaugurated in Afghanistan’s capital Kabul. The two countries further strengthened their relationship with the signing of the Turkey-Afghanistan Alliance Agreement on March 1, 1921.

Omar Samad, former Afghan ambassador to France and Canada and currently a non-resident senior fellow at the Atlantic Council thinks that as an Islamic nation with historic ties to Afghanistan, Turkey is seen by all Afghan factions and international partners as an honest broker and a country that can play a constructive role in the peace process.

He said donor nations might decide not only to endorse the conference outcome, but also to provide security assurances and contribute to Afghan stability and development programs during a transitional period leading to a peace agreement and a ceasefire.

Also, Afghanistan became the second country to recognize the Turkish Grand National Assembly (TRNC) during Turkey’s independence war. “As we celebrate the centennial of the establishment of our diplomatic relations, we wish to further develop our cooperation in every aspect in this special year; hope that the ongoing violence in Afghanistan come to an end and lasting peace and calm will prevail in the country,” the ministry added. Turkey has a fundamental role in Afghanistan’s peacemaking and stability process, it has always been supportive in maintaining peace and tranquility in the region.

In 2020, in the course of their cordial relationship, Turkey pledged to provide $75 million in aid to Afghanistan and it has also acted as a mediator between Afghanistan and Pakistan on terrorism-related issues.

The Afghanistan-Pakistan-Turkey trilateral summit began in 2007 under the name “Istanbul Process.”

It aims to resolve problems arising from Afghan government allegations that the Afghan Taliban find sanctuaries inside Pakistan and to build mutual trust between the two neighboring countries.

For Magdalena Kirchner, director of Friedrich Ebert Foundation’s Kabul office, as a Muslim country and NATO member Turkey was always referred to by many as a “natural candidate” for mediation, and the US Special Envoy Zalmay Khalilzad visited Ankara several times in November and December.

It is therefore unsurprising that, despite the Biden administrations rocky start to relations with Turkey, the US has chosen Turkey as the mediating country to try to reach a breakthrough in talks, a move that could be crucial in securing a successful path towards peace and political stability in Afghanistan.