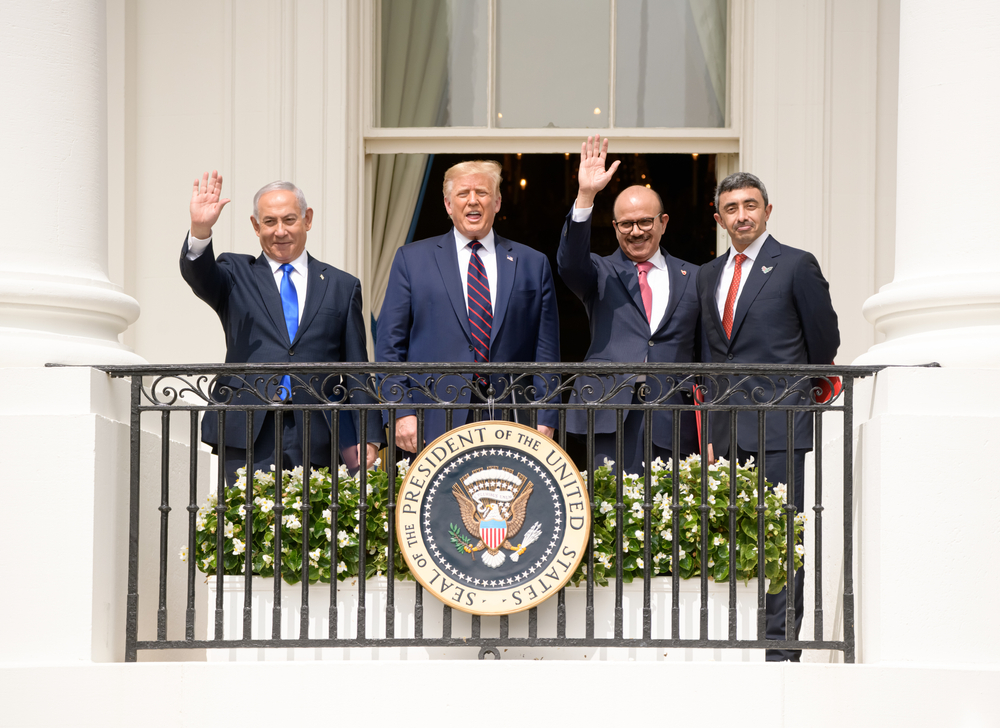 Israel and the United Arab Emirates reached a historic agreement to set up full diplomatic relations. This is the third such a deal the Jewish state has struck with an Arab country after Egypt and Jordan. Cairo and Tel Aviv signed a peace agreement in 1979, while the peace treaty with Jordan was signed in 1994. If the Gulf states were parliamentary democracies, it is very unlikely that any Arab leader would dare to normalize relations with Israel, as they would fear the response of their own voters. Israel’s peace treaties with Jordan and Egypt have lasted decades but they have always been unpopular in the eyes of the Arab society. Although the majority of the UAE population opposes the deal, the country’s elite decided to take a pragmatic approach that could possibly protect Abu Dhabi’s geopolitical interests, especially regarding the future of its nuclear energy.

The UAE has the largest sovereign wealth fund in the Middle East and the fifth largest in the world, totaling $792 billion. Israel’s Economy Ministry estimates that exports to the UAE could increase from an annual $300,000 to $300 million-$500 million, and for annual UAE investment in Israel to reach $350 million. Although trade between Israel and its neighbors Jordan and Egypt never boomed despite normalization, it is expected to be different with the UAE, a federation of seven emirates. Unlike Jordan and Egypt, the UAE never fought in any of the six Arab-Israeli wars. In 2015, Israel opened a diplomatic office in the Emirati capital of Abu Dhabi tied to the International Renewable Energy Agency, and senior Israeli officials have visited Abu Dhabi. Also, Israeli athletes have participated in regional competitions in the UAE, and Israel is set to participate in Dubai’s World Expo 2020, which is now scheduled to open in October 2021 due to the coronavirus pandemic. It is worth noting that in July companies from Israel and the United Arab Emirates signed an agreement to join forces to research and develop technology in the fight against the coronavirus pandemic. In addition, Dubai is a business hub for the region and Abu Dhabi is keen to lessen its dependence on hydrocarbons.

Gil Feiler, a senior researcher at the Begin Sadat Center for Strategic Studies at the Israel’s Bar-Ilan University, said that the era of “rich Arab countries” is over, as oil prices have plunged and other sources of energy like shale oil, natural gas and green energy are taking hold.

“They need Israeli technology to diversify their market”, Feiler emphasized.

The United Arab Emirates announced in August that it has started operations in the first of four reactors at the Barakah nuclear power station, which is the first nuclear power plant in the Arabian Peninsula, and the first commercial nuclear power station in the Arab World. The so-called Iranian nuclear threat could be one of the reasons that led the UAE to make a peace agreement with Israel. Abu Dhabi consider Israel a military and technological regional power whose help and support could be sought to protect its nuclear facilities from Iran, or Iranian proxies in the region. Also, according to Aaron David Miller, a senior fellow at the Carnegie Endowment for International Peace, it is possible that UAE, now at peace with Israel, could eventually purchase advanced weapons systems like F-35 jets from the United States. With normalized relations with the UAE, Israel would be less able to make a compelling case against the sale.

Abu Dhabi Crown Prince Mohammed Bin Zayed pointed to Israel’s agreement to halt its annexation plan as a key factor behind normalization. The Emiratis reportedly took the opportunity to promise full normalization of relations if annexation was taken off the table. On the other hand, the Israeli Prime Minister Benjamin Netanyahu said annexation plans are on “temporary hold.” He insists that his plan to annex the 30 percent of the West Bank allocated to Israel under the US President Donald Trump peace plan remains “on the table,” and that he remains committed to applying sovereignty in full coordination with the US. Donald Trump, who is believed to be the most pro-Israel American leader ever, said he helped bring Netanyahu and UAE Crown Prince Mohammed bin Zayed to agree to normalize relations.

According to many, the main reason that made Israel and the Gulf states come closer is an alleged Iran’s expansionism that includes its regional ambitions, as well as its nuclear program. However, some Turkish authors state that the UAE wants to build a concrete axis against Turkey and Qatar.

“Over the last 10 years, the UAE has been meddling in regional affairs from Syria to Libya and the Eastern Mediterranean to counter Turkey“, wrote Turkish author Merve Sebnem Oruc

“The UAE’s yearslong efforts to depict Turkey as a threat to the Arab world aim to make the Arab public believe that it needs a new ally in the region. Apparently, Abu Dhabi thinks that they reached their goal, taking their unilateral hostility toward Turkey a step further”, argues Sebnem Oruc.

Gulf states, including the UAE, Kuwait, Saudi Arabia and Qatar, have had no formal diplomatic ties with Israel, but had increasingly begun to cooperate openly after years of rumored back-channel discussions between them over the mutual enmity of Iran.

Eli Cohen, Israel’s intelligence minister, recently said that the UAE – Israel peace agreement could be the start of a wave of normalizations, with Bahrain and Sudan likely to follow. According to Council on Foreign Relations analysis, Bahrain’s King Hamad has overseen steps toward normalization, including allowing Israeli officials to attend a regional security meeting in the country. Additionally, the Israeli foreign minister has met with his Bahraini counterpart and that official’s predecessor. Oman is another possible candidate for establishing full ties with the Jewish State. It is worth remembering that Israeli Prime Minister Benjamin Netanyahu met with the late Omani Sultan Qaboos bin Said in Muscat in late 2018. However, Sultan Haitham bin Tariq, who came to power in January 2020, could act more cautiously regarding relations with Israel as he consolidates his power. According to CFR, Morocco and Sudan might also seek to establish diplomatic relations with Israel. So far Saudi Arabia restrains from recognizing Israel, although the two countries act as an unofficial allies against its common archenemy – Iran.

In the long term, most, if not all, Arab countries are expected to make peace with Israel. Iran, as the regional power, will likely keep opposing any deals with Tel Aviv and will keep using its proxies in the region against both, Israel and Sunni Arab countries.

Given that the era of fossil fuels is coming to an end, and that Middle East has already started switching to nuclear energy, relations in the traditionally turbulent region will have to be redefined. The United Arab Emirates – Israel historic agreement to set up full diplomatic relations could be the first step in that direction.