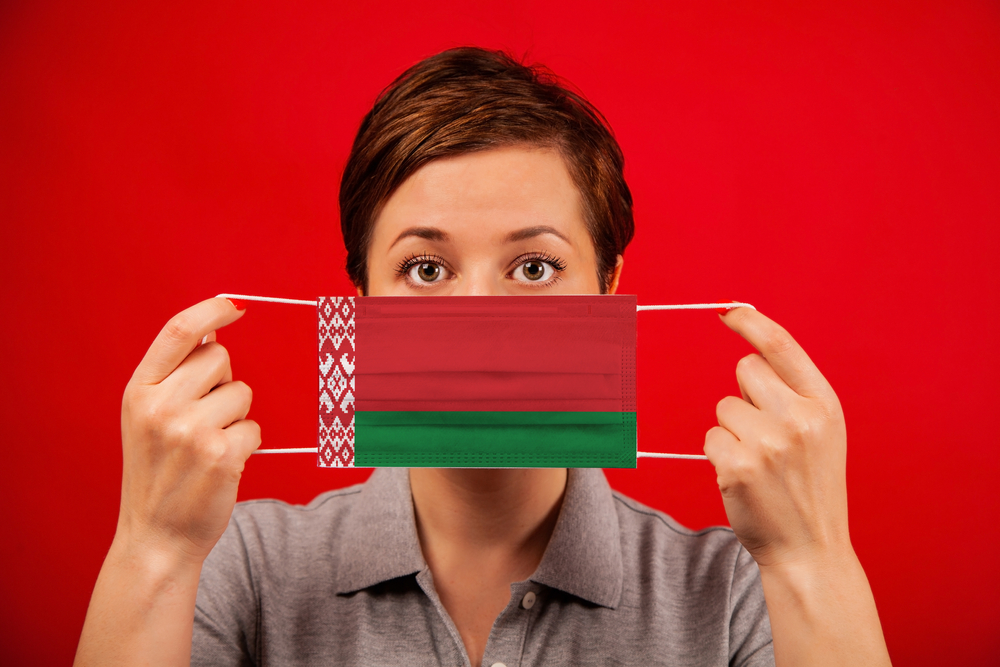 Belarus is one of the few countries in the world that did not take any draconian measures in it’s fight against the coronavirus pandemic. It is, besides Sweden, the only nation in Europe that did not impose a state of emergency, does not practice social distancing, did not impose a curfew, or any limitation of basic human rights. The former Soviet republic did not forcibly quarantine it’s entire population and shut down it’s economy. In spite of all critics, at this point “the last European dictatorship” – which is the term coined by some Western mainstream media and politicians – remains the only place in Europe where people still have the freedom they used to have before COVID-19.

THE IMPORTANCE OF SOVEREIGNTY

Critics argue that President Alexander Lukashenko “does not care about his people” and that Belarusian authorities are “dangerously downplaying the risks”. The Belarusian leader on the other hand, refused to follow the pattern, even though he seemed to be under pressure to impose strict measures against COVID-19. The Belarusian president has argued that a full scale preventive lockdown was not necessary, and he called the coronavirus pandemic a product of psychosis, sending a clear message that he plans to keep his country open. Critics suggest that Lukashenko refused to lockdown his country because it would have severe repercussions for the Belarusian economy. However, other nations are facing enormous economic consequences caused by the lockdown due to implementation of draconian measures such as curfew, mass surveillance and restricting freedom of movement. Almost the same trend can be seen all over the world — the economy being shut down, people sitting at home practicing quarantine that reminds one of a house arrest, governments implementing restrictive measures, the so call medical experts making contradicting statements on a daily bases, and media spreading panic and mass hysteria. In Belarus, at the same time, life goes on almost as if there is no pandemic. The country did not close its borders, sport events are regularly taking place, public transportation works, and the authorities refused to shut down schools and universities. Whether what Belarus is doing is good or wrong, such a policy is proving that Belarus is one of the few countries that managed to preserve its sovereignty.

“We have our own country. We are sovereign and independent. What we have earned was thanks to our brains and hands. We continue building our country. Sovereignty and independence of Belarus are inviolable”, Lukashenko said on January 24, almost two months before the COVID-19 epidemic spread all over Europe.

Belarus has been under Western sanctions for decades, as it was accused of violating human rights. Recently, the European Union extended sanctions on Minsk for one year. The restrictions were introduced back in 2004 and are prolonged every year. Sanctions apply to the full embargo on the sale of weapons and equipment that can be used for repression. Over the years Lukashenko has demonstrated that he is not willing to make any significant concessions neither to the West nor to Russia. Even though Belarus has pretty good relations with China, Lukashenko did not implement the so called Chinese model in a battle against COVID-19, unlike some other European countries. He recently met with the Chinese ambassador in Minsk and they discussed the coronavirus pandemic. It is very unlikely that Beijing is pressuring Lukashenko to flow with the tide and lock down the country, but yet again he is demonstrating that he is capable to resist major world powers and preserve the country’s sovereignty.

The coronavirus crises has pushed Minsk away from Moscow. Russia closed its borders with Belarus and banned Belarusians from entering its territory. The Kremlin-friendly media are constantly ridiculing President Alexander Lukashenko after he called the coronavirus a mass psychosis and said that “it’s better to die standing on your feet than to live on your knee”.

“People around the world are poking fun at me, in particular in Russia, as if they had nothing else to discuss”, said Lukashenko explaining his controversial attitude on the COVID-19 pandemic.

After the coronavirus global crisis hit Belarus, Minsk was expected to ask Moscow for loans, as it did many times in the past twenty years. However, this time Belarus apparently made a political maneuver. Instead of endless negotiations with Russian President Vladimir Putin, Lukashenko turned westward, at least when it comes to loans. According to reports, Belarus is due to receive emergency funding of $500-900 million from the International Monetary Fund this year due to the coronavirus crisis. In addition to that, the United States has recently named its first ambassador to Belarus in more than a decade. In 2006 Washington imposed sanctions on Minsk in response to alleged human rights abuses and a political crackdown around the 2006 Belarusian presidential election. The appointment of a new envoy can be interpreted as a sign of warming relations between the two countries. On the other hand, relations between Belarus and Russia seem to get worse. Over the years, Minsk has managed to preserve its economy from Russian oligarchs, even though Lukashenko had to make some painful compromises to Russia.

According to official information, in June 2019 Belarus owed Russia $7.55 billion. Since the oil crisis has a major impact on Russian economy, it is very questionable if Moscow will keep subsidizing Minsk, as it has been doing since 1999 when the Russia – Belarus Union State was created.  Pundits all over the globe are sure that the world will not be the same after the coronavirus crisis, which means that relations between Russia and Belarus will not be the same either. That means that Russia could lose its interests in buying Lukashenko’s loyalty, and he could decide not to continue hosting two Russian military bases in Belarus after 2021.

If that happens, the very existence of the Russia – Belarus Union state will also be quite debatable. That, however, does not mean the two countries will completely break ties. As long as Lukashenko is in power, he will keep balancing between Russia and the West. He will also occasionally flirt with China, or with some other global or regional powers.

It remains to be seen what international treatment Belarus will face after the global state of emergency is over. In the short term, Belarusian authorities are expected to keep doing business as usual, although they will have to take some radical measures in order to protect the economy. Belarus recently banned export of some staple foods, and that could be just the beginning of the preparation for the period of uncertainty to come. Since the coronavirus is bringing radical changes to globalization, and society in general, it is highly uncertain to what extent the global crisis will affect Belarusian economy once the pandemic is over.

Finally, it is worth noting that the Belarusian president recently promised that after the coronavirus is tackled and the psychosis is over, he would reveal many interesting things about it. One of them is the origins of the virus – did the virus emerge spontaneously or was it man-made, who could benefit from it, who tried to take advantage of this situation in order to further their interests.