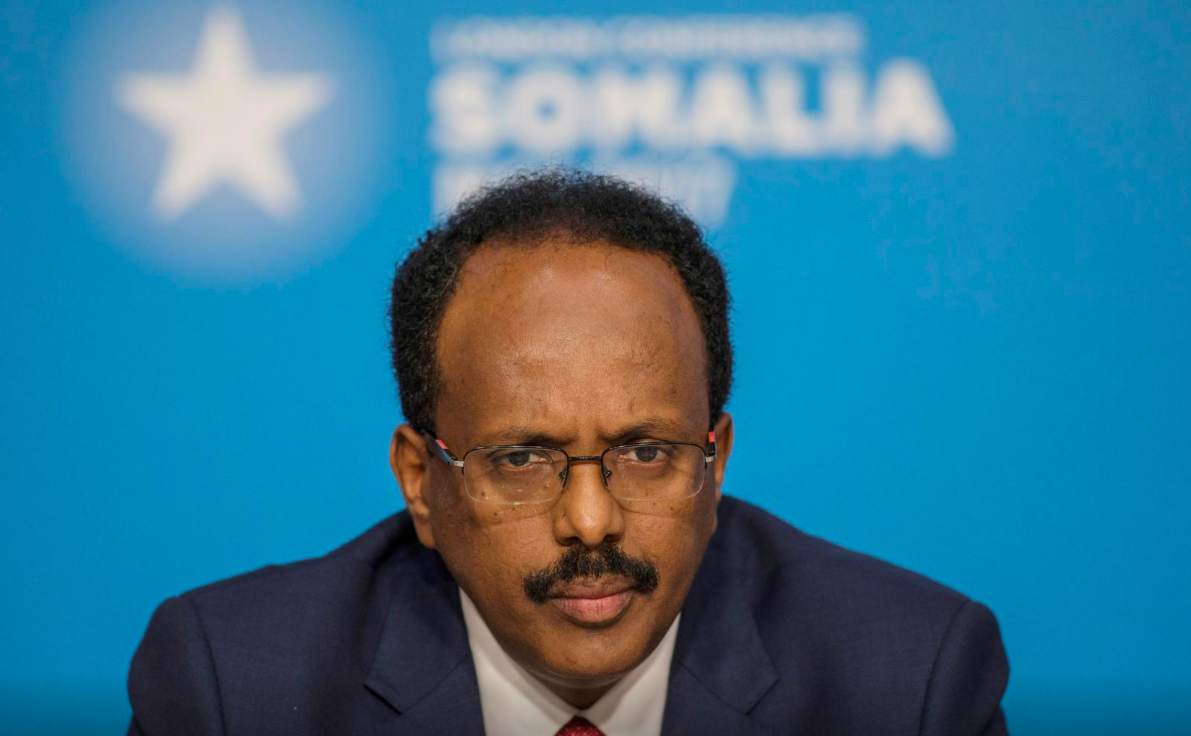 Tensions rise between the UAE and Somalia

Somalia on Sunday accused the United Arab Emirates (UAE) of violating international law by belittling Somalia’s government, referring to it as “interim” and attempting to sow violence.

“The UAE statement is inconsistent with international diplomacy, brotherly relations between the two countries, and Arab culture,” said Dubbe.

“The United Arab Emirates wants Somalia to be like Yemen and Libya and wants to create in Somalia displacement, violence and backwardness, and that is something the Somali people are wary of,” he added.

He further added that elections are the internal affairs of the country and no one is allowed to interfere in Somalia’s domestic issues.

The UAE ministry of foreign affairs released a statement saying:

” The Ministry of Foreign Affairs and International Cooperation called upon the interim government and all parties to demonstrate the highest levels of restraint in order to achieve Somalia’s aspirations to build a secure and stable future for all.”

“Presidential candidates chose to circumnavigate the process in order to pursue a path of illegality and armed insurrection disguised as a peaceful demonstration guaranteed under our constitution,” said a Somali Foreign Ministry statement, cautioning unnamed foreign actors not to make “misleading” statements that at times “appear to be supporting insurrection.”

Several Somalia’s international partners and friends issued statements on with regard to the firing of the protestors with caution, but UAE statement angered Somalia authorities.

The relationship between UAE and Somali federal government has been deteriorating in recent years after Somalia closed UAE military training facility in Mogadishu, among other detrimental factors.

Somalia’s president, whose four-year term expired this month, has refused to leave office. With the federal parliament’s mandate also expired as of December 2020, Somalia now, for all intents and purposes, lacks legitimate, effective national government.

The delay has stoked tensions in the Horn of Africa nation that was ripped apart by civil war and which is still battling an insurgency by al Shabaab, an Islamist group that frequently launches attacks in Mogadishu and elsewhere.

The government of Jubbaland, one of Somalia’s five regions, said the president’s term had expired and he should be excluded from any talks on the dispute.

“He should not have a role in the process of election in order for all political stakeholders to have confidence in it,” Jubbaland’s state house said in a statement.

“We are not going to a conference with Farmajo…” its president Said Abdulahi Deni said in a televised speech.

The constitution allows the head of state to continue in post until a new president is picked, if parliament approves. But experts say the president, by staying on, risks upsetting the delicate power balance between rival clans and regions that is at the heart of the nation’s political reconstruction effort.

Farmaajo argues that his tenure should be extended until new elections can be held. Talks had been taking place about the rules governing the elections, but these have stalled. The international community has taken the position of “no partial elections, no partial processes”, and Farmaajo justifies staying on to avoid a political vacuum.

The president held a meeting on Sunday with the prime minister and presidents of the Hirshabele, Galmudug and South West states, as well U.N. representatives and Mogadishu’s mayor.

The meeting was reported by the state-run Somalia News Agency. The Facebook page of the president’s office said it was a preliminary meeting, without saying when more talks would be held.

An alliance of opposition parties said in early February they would reject any attempt to extend Mohamed’s term, calling a national council of lawmakers, opposition leaders and civil society to rule until a successor was chosen.

Government troops and opposition supporters exchanged gunfire in Mogadishu on Friday during a protest over the delayed vote. Rival presidential candidates have called for more protests until a new head of state is chosen.

Somalia had planned to hold elections to pick a president and lawmakers, its first direct vote since civil war erupted in 1991. But delays in preparations and al Shabaab attacks meant this was replaced by an indirect vote in which lawmakers are picked by selected elders and others.

Although the 2017 Gulf Crisis now looks like it is coming to an end, the countries in the Horn of Africa have already paid the price for it. Somalia found itself at the unwelcome end of the dispute.

Like other Horn of Africa countries, the Somali government adopted a neutral stance towards the Qatar dispute. The UAE, however, saw Mogadishu as silently in the pro-Qatar camp and Abu Dhabi was not pleased.

In 2017, as President Mohamed Abdul lahi Farmaajo assumed office, reports circulated that Qatar and Turkey had funded his campaign and further claims of officials appointed to prominent positions within Farmaajo’s administration having ties to Doha and Ankara unnerved Abu Dhabi.

The Somali government alleges the UAE is now actively destabilising the country, accusing it of funding opposition forces. These suspicions intensified after Dubai Ports World, DP World, bypassed the central government of Somalia and signed a deal with the semi-autonomous region of Somaliland to develop and operate Berbera port. DP World even brought in Ethiopian investment and gave Addis Ababa a stake in the port.

Mogadishu declared the deal illegal and tried to block it by taking out a complaint with the Arab League. Somaliland leader, Muse Bihi Abdi, said Farmaajo’s government was declaring war by attempting to block the deal. Under the deal, Somaliland stands to get investments of up to $442 million and a separate agreement with Abu Dhabi to allow the UAE’s military bases in the region could bring in a further $1 billion, according to the International Crisis Group.

The final nail came April 2018, after Somali security forces seized $9.6 million from a plane recently landed from the UAE. Despite Abu Dhabi’s protestations that the money was to pay the troops it was training, Mogadishu suspected the cash was to be used for more insidious purposes.

For its part, Somalia’s President Mohamed Abdullahi Farmajo offset poor relations with the UAE by drawing closer to Qatar and Turkey. Over the past decade, Doha has reportedly invested $4 billion in the country and recently struck a deal to build a seaport at Hobyo on the Bab-el-Mandeb. While Turkey has also poured billions into Somalia, Ankara’s most significant investment comes in the shape of Camp TURKSOM, Turkey’s biggest overseas military base. Costing approximately $50 million, this Turkish facility assists in the training of SNA recruits. It also underscores Ankara’s growing influence across the Horn of Africa region.

However, this could change once the country is in a position to hold parliamentary and presidential elections. The UAE’s support for the elections is therefore logical, as it wants to re-establish the strong relations it once had with Somalia, therefore establishing a stronger foothold in the horn of Africa, in line with the nation’s increasingly ambitious foreign policy.