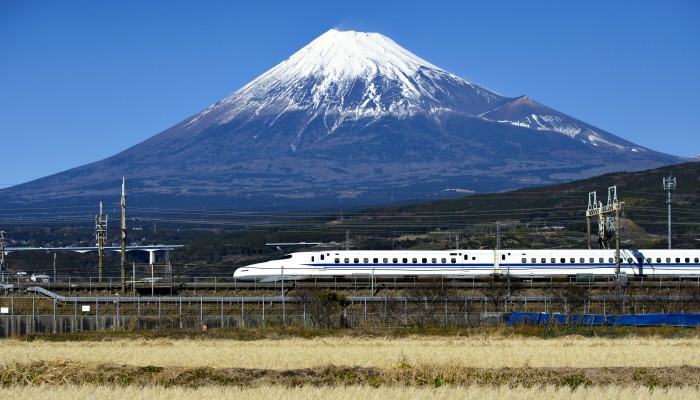 Japan is rolling out the red carpet to visitors from the Muslim World, with qiblah (arrows pointing towards Mecca) appearing in hotel rooms, prayer rooms being signposted in airports and commercial complexes, and halal food becoming a staple in restaurants and the cafeterias of companies that conduct business with firms from Muslim states.

There has been a steady growth in the number of Muslims opting to settle in Japan. Halal meals first became available on menus about a decade ago, but the nation’s recent tourism boom is driving supply and demand. 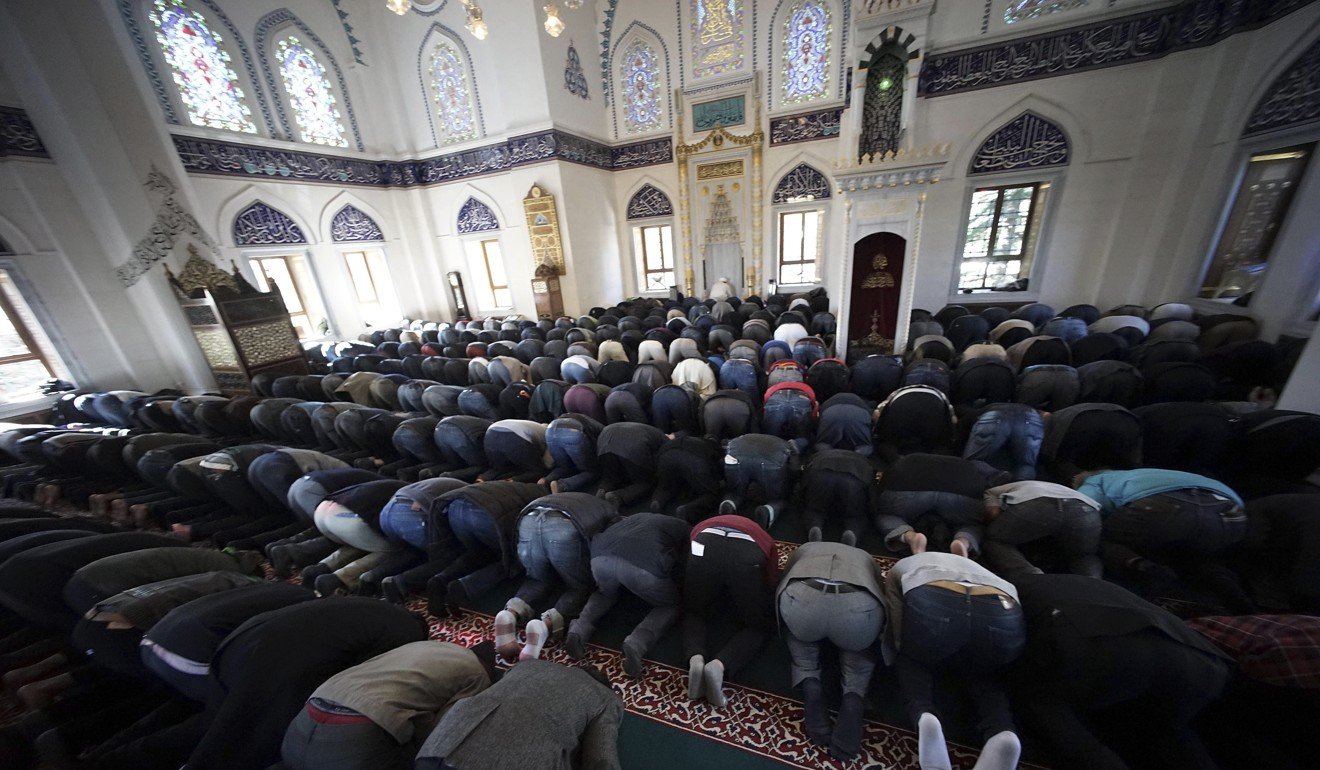 The total number of tourist arrivals in Japan in 2016 surpassed 24 million, well ahead of the 20 million target set by the national government for 2020. And tourists from Muslim nations accounted for a growing number of the arrivals.

The sharp increase in arrivals from Southeast Asia is in part due to the Japanese government relaxing visa requirements, the growth in low-cost airlines serving Japan and a growing middle class with a larger disposable income, according to the JNTO. Yet another contributing factor has been the ease with which Muslim travellers can have their specific needs met. “There have been a combination of factors that are behind these impressive figures, including the low yen rate, which has made holidays in Japan much more affordable for people from Southeast Asia, in particular,” said Susah Ong, deputy director of the JNTO office in Singapore.

“But I also think that the Japanese travel sector has become more receptive to overseas visitors,” she said.

Shigeru Yamashita opened the Syariah Hotel Fujisan specifically to meet the needs of Muslim travellers in July 2016. “I opened the hotel in order for Muslims to feel comfortable when they visit Japan,” he said. 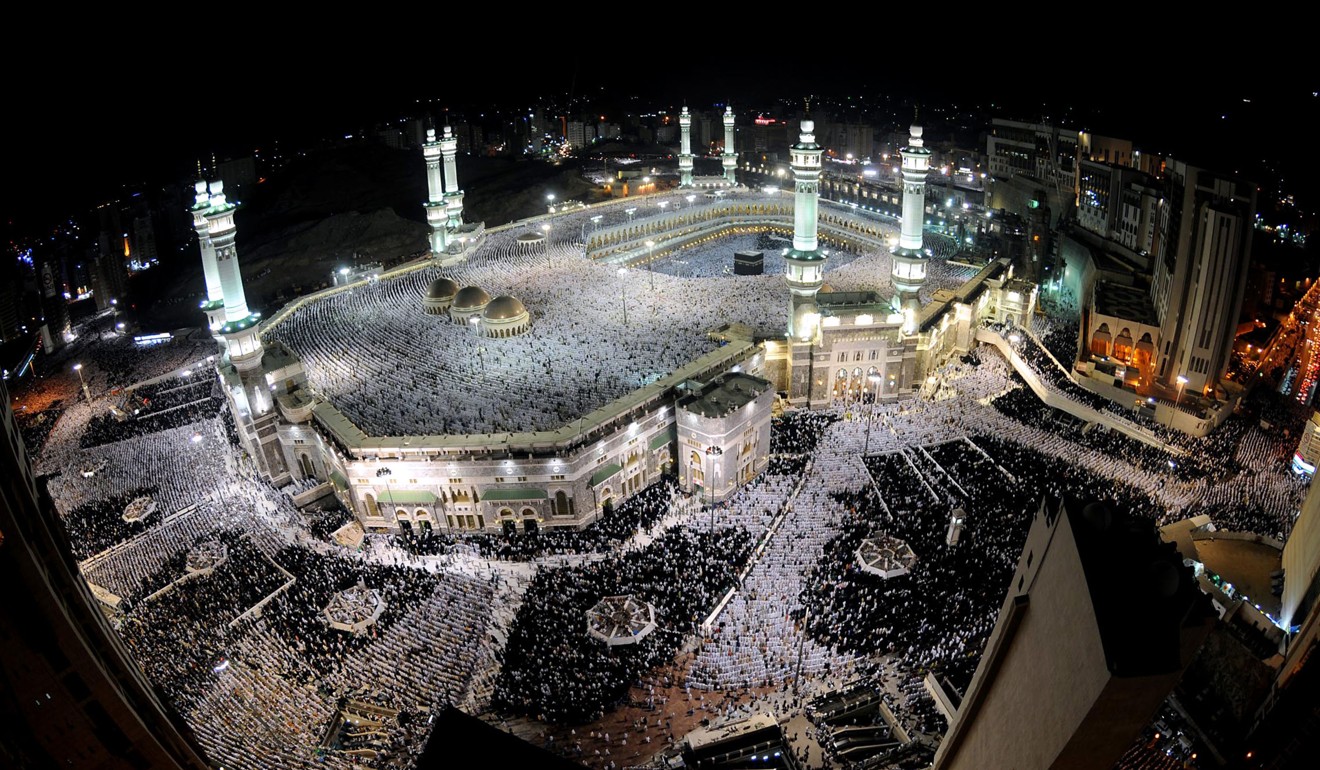 Hundreds of thousands of Muslims circle the Kaaba inside and outside the Grand Mosque during the last week of Ramadan in Mecca, Saudi Arabia. Many hotels in Japan now display qiblahs in guest rooms that show praying Muslims the direction towards Mecca. Photo: AP

“All the meals that we serve are Japanese dishes but prepared using halal ingredients,” he told This Week in Asia. “We also have a qiblah in each guest room, while there is also a dedicated prayer room.”

The hotel, a spacious former home that has been extensively renovated, is close to Kawaguchiko Lake, at the foot of Mount Fuji, one of the must-see locations in Japan for many foreign visitors.

“So far, we have had around 300 Muslim guests come to stay with us, but the business is young and I believe that this sector will grow and that many Muslims will come to Japan in the years ahead.”

In November, nearly 7,000 people attended the third Halal Expo Japan, which ran over two days in Tokyo in conjunction with the Tokyo Modest Fashion Show. A similar event is scheduled to take place in Osaka in May and again in Tokyo this November.

In Okayama prefecture, the Okayama Health Tourism Association launched a scheme earlier this year giving hotels and restaurants that have Muslim-friendly facilities or meals a Peach Mark logo to display. Restaurants that do not serve pork and prepare food in the appropriate manner are eligible for certification, along with hotels that provide prayer mats.

The Shisui Premium Outlets retail park, in Chiba prefecture, opened a prayer room for Muslims in 2014, the same year that a similar facility opened in the Shinjuku store operated by Takashimaya. The Shiroi Koibito theme park in Sapporo opened a worship room earlier this year after 24,000 Malaysians and Indonesians visited in the park 2014, a 74 per cent jump from the previous year.

Facilities are also being introduced for longer-term visitors. Rikkyo University in Tokyo, which plans to increase its enrolment of foreign students to 2,000 by 2024, opened a prayer room, complete with a qibla, in April. The university said the prayer room “provides an opportunity for our Japanese students to learn about Islamic culture”.

Nearby Sophia University, which already has 50 students from Muslim-majority nations, has also opened a cafeteria for students with a wide range of halal meals. 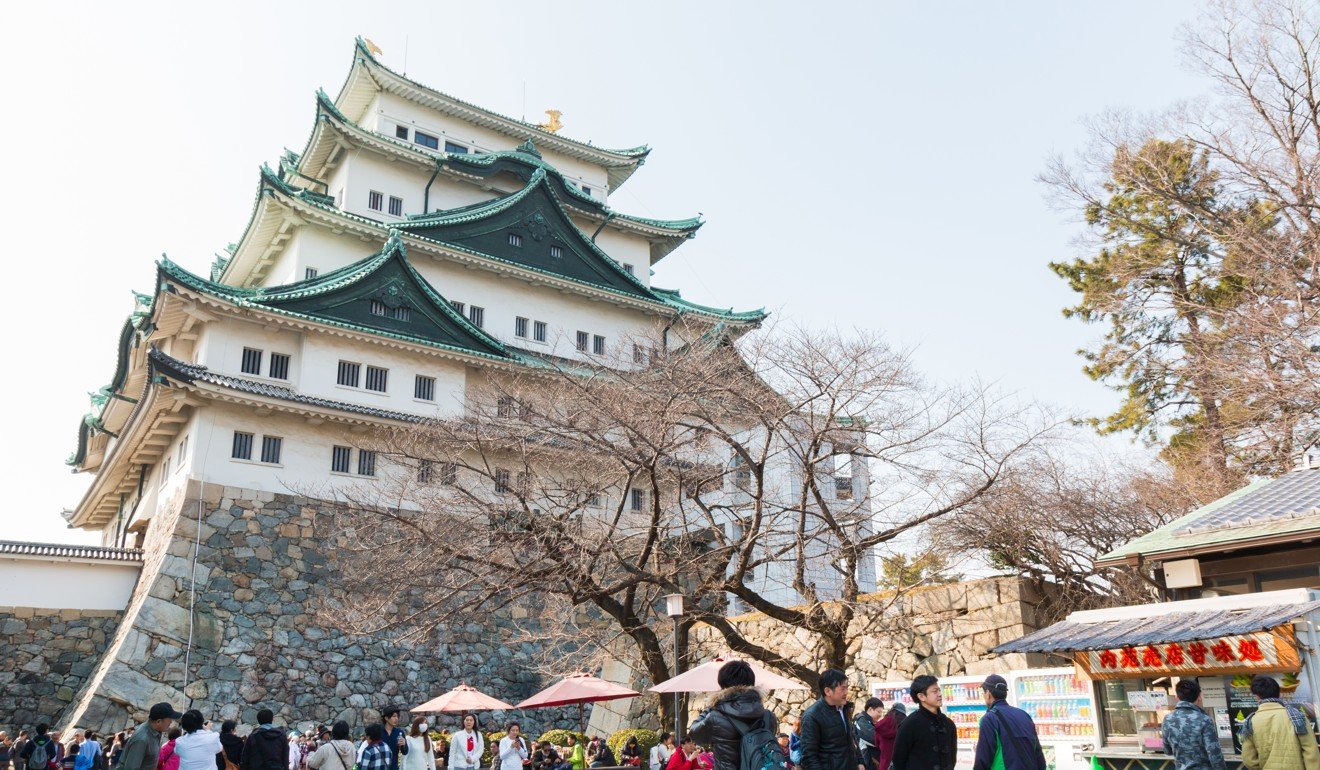 Tourists visit Nagoya Castle, a major attraction for tourists who want to see the traditional culture of Japan. Photo: Shutterstock

YKK Corp, a fastener manufacturer, started providing halal meals in its factory cafeteria in Kurobe to accommodate an increasing number of Muslims who visit the plant for training. The YKK Group has operations in 71 countries around the world.

Mohammed Naji Matar joined Osaka-based Miyako International Tourist Co four years ago, after leaving Syria. He was tasked with starting up the company’s Muslim business and says he believes there are plenty of opportunities in Japan’s travel sector.

“A few years ago we started seeing Muslim travellers from Southeast Asian countries taking off, but now we are seeing similar interest in Japan from Dubai, Saudi Arabia and other countries in the Middle East,” he said.

“Japan is fashionable as a destination for people from those countries, and is famous for its technology, cuisine, traditions, history and the sights of Tokyo and Osaka,” he said. “A lot of these people have already been to many European countries and the United States, and they are looking for a new destination to explore.”

Matar said that halal food was “slowly” catching on in Japan, but he believed growing demand by visitors from increasingly wealthy Muslim nations would speed the process up.

“It is already easier to come here, because of the visa situation and the increase in flights, and foreigners know that Japan is safe and clean and the people are hospitable,” he said. “Once halal food is more readily available, then I think even more people will want to come here.”