Venezuela often dominates the news agenda on account of its profound economic crisis and associated societal ills, including the dubious distinction of boasting one of the highest crime rates in the world.

Venezuela is often depicted as a revolutionary power owing to the so-called “Bolivarian Revolution” started by the late Venezuelan leader Hugo Chavez. Ideologically the Bolivarian revolution is a mix of Venezuelan nationalism, Pan-American regionalism and socialism.

Whilst enormous academic and media attention has focussed on how “Bolivarianism” has shaped Venezuela’s economic policy since 1998 (the year Hugo Chavez first came to power), comparatively small effort has been expended on understanding how the Bolivarian revolution has influenced Venezuelan foreign policy in the past two decades.

Welcome to KJ Vids. In this video we will examine the ideological, political and strategic considerations shaping Venezuela’s foreign policy.

Venezuela radically changed direction in the late 1990s with the advent of Hugo Chavez and his “Bolivarian” revolution. First elected to the presidency in December 1998 Chavez proved to be a remarkably resilient revolutionary leader in the face of massive internal and external opposition.

During his fifteen years at the helm of Venezuelan politics, Chavez faced determined opposition by US-backed political groups, widespread industrial unrest culminating in a general strike in 2002-2003 and an ill-fated coup attempt in April 2002. It is widely accepted in the expert community that much of the political, industrial and business opposition to Chavez was sponsored by the United States government.

But the nature of Chavez’s politics, and specifically his radical economic policies, intensified divisions in Venezuelan society leading to a highly charged polarised environment. Chavez’s support base was mostly amongst the poor – especially Venezuela’s indigenous (i.e. non-European) community – and the lower middle classes, whereas opposition to his rule was concentrated amongst the middle class, which is dominated by people of European origin.

Whilst drawing attention to Chavez’ shortcomings (in particular his demagoguery and single-minded pursuit of ideological-based economic policies) it is important to avoid the propaganda of his enemies who have tried to paint him as a dictator or failing that an authoritarian leader.

Throughout his 15-year reign Chavez operated within the confines of the Venezuelan constitution and by and large he respected the checks and balances of Venezuela’s democracy. By contrast, Chavez’s opponents consistently displayed disdain for Venezuela’s democratic institutions by continually fomenting unrest and attempting to overthrow Chavez through extra-illegal measures, notably an extended general strike and a failed military coup.

Chavez’s radical economic policies, and specifically his concerted attempt at the redistribution of wealth and opportunity, was fuelled by high oil prices in the first decade of the 21st century. The qualified success of some aspects of Chavez’s economic policies led to high hopes amongst left-wing activists in Latina America, and more broadly on the global stage, that Venezuela was successfully implementing a socialist economy.

But the reversal of these qualified successes, particularly after Chavez’s death in March 2013, has called into question the sustainability of “Chavismo”, Chavez’s quixotic take on the Bolivarian ideology. These shortcomings have come into sharp relief under the leadership of Chavez’s successor, Nicolas Maduro.

In the past couple of years Venezuela has been gripped by a severe economic crisis interspersed with riots and widespread civil disorder. On top of this the country suffers from multiple systemic societal disorders, notably one of the highest crime rates in the world.

The combination of these ills points to the failure of “Chavismo”, and specifically the socialist economic policies underpinning it. But before we rush to judgement on Venezuela, it is important to note that the final script has yet to be written. To that end, it is noteworthy that Maduro’s government is proving to be resilient in the face of concerted and ferocious opposition.

More importantly, the socio-economic base of “Chavismo” appears to be largely intact, in spite of Venezuela’s profound economic crisis. This speaks to the intense polarisation of Venezuelan society and raises the prospect of civil war further down the road, especially in the event of foreign intervention in Venezuela’s domestic affairs.

Named after the 19th century Venezuelan military leader, Simon Bolivar, who liberated vast swathes of South America from the grip of the Spanish Empire, the Bolivarian ideology is essentially a form of pan-American nationalism centred on national sovereignty as the building bloc of Hispanic solidarity.

“Bolivarianism” has been utilised by a variety of political movements in South and Central America and it is elastic enough to serve a multitude of political goals and ends. But in its native Venezuela, Bolivarianism is associated with militarism and a tough and uncompromising approach toward notions of national sovereignty and independence.

Hailing from a military background, Hugo Chavez fit the conventional Bolivarian mould perfectly, but he was also sufficiently innovative to marry up elements of the Bolivarian ideology with his own socialist ethos. The result was “Chavismo” which has had a profound impact on Venezuela’s foreign policy.

Immediately after coming to power Chavez pivoted toward Socialist Cuba, a revolutionary state with a legendary anti-imperialist reputation. By extension, Venezuela distanced itself from the United States which from the very outset has attempted to overthrow Chavez’s Bolivarian revolution.

Chavez’s tough stance on American hegemony was entirely in keeping with his nationalist ethos and more importantly it resonated widely and deeply amongst nationalist communities across Latin America.

In trying to understand Venezuela’s post-1998 foreign policy, it is helpful to think of it as forming three concentric circles. The first circle is composed of the main political-ideological pillar of the Bolivarian revolution, which is centred on anti-imperialist sentiments, and specifically opposition to the US role in Latin America.

The second circle is centred on achieving Latin American unity and wider notions of pan-Americanism. In practise this involves greater engagement with Latin American states, in some cases to the point of interfering in the internal affairs of regional states with a view to strengthening nationalist and socialist movements.

The third circle is concerned with developing global positions, and specifically using Venezuela’s oil wealth to develop influence and outreach beyond Latin America. To that end, Bolivarian Venezuela has sought to develop strong ties with major non-Western powers, notably Iran and China.

Pushing back against America

During the early years of “Chavismo”, Chavez’s huge reputation and his massive influence on public opinion across Latin America was interpreted as the locus of a continent-wide Socialist “Pink tide”. The “Pink tide” was depicted as representing a decisive political and economic tilt toward the left, and by extension a decisive rejection of the dominant neo-liberal economic model.

In so far as the United States is the chief proponent of the neo-liberal economic model, Venezuela was necessarily in opposition to it. But contrary to conventional wisdom Chavez’s anti-Americanism was not primarily driven by socialist ideology. For a start, in the early years of his reign Chavez proved to be a moderate socialist in so far as he refrained from the root and branch rejection of the capitalist model.

Instead Venezuelan foreign policy developed an anti-American trajectory for primarily two reasons. First, in keeping with the Bolivarian nationalist ethos – and mindful of America’s consistent intervention in Venezuelan domestic affairs throughout the 20th century – the “Chavistas” had to be by definition anti-American.

There was also an immediate practical need for a tough attitude towards the United States inasmuch as Venezuela had a pressing need to contain American influence both domestically and more broadly in its immediate environment. This need intensified when the US government openly reached out to the Venezuelan opposition and leading industrialists with a view to fomenting unrest in the country.

Under Nicolas Maduro’s leadership attitudes towards the United States have hardened still further. This development is a direct reaction to hostile US policies which seek to isolate Venezuela in South America, in addition to weakening it from within by fomenting unrest and insurrection.

The Chavistas never stop talking about South American unity. To be fair their vision of “unity” is not entirely unrealistic in so far as they envisage a broad-based solidarity bound by minimalist principals revolving around nationalism and a rejection of neo-liberal economic models. These principles resonate widely across the continent and they continue to energise a multitude of political parties and movements in every Latin American country.

More specifically, despite its economic crisis, neo-Bolivarian Venezuela continues to be a source of ideological inspiration across the continent. Notwithstanding these positive features, it is fair to say that Venezuela’s policy of promoting South American unity has failed.

For a start, the continent is as divided as ever and by extension American influence, particularly in Colombia, Brazil and Chile, is arguably as strong as it has ever been. Second, Venezuela is politically isolated on the continent as demonstrated by its strained relationship with the continent’s biggest power Brazil.

Furthermore, Venezuela faces hostility from neighbouring Colombia as Caracas has supported left-wing political and guerrilla groups in Colombia for the past 20 years. This has largely been a reaction to Colombia’s outreach to anti-Chavez groups in Venezuela.

The Chavistas have always aspired to a global standing. Buoyed by high oil prices, in the first decade of the 21st century they set out to develop influence and sympathy across the world. This led to some strange policies, notably the decision in 2007 to supply cheap fuel to bus services in London, the capital of the United Kingdom. The deal was a flamboyant demonstration of gesture politics designed to strengthen the position of London’s then left-wing mayor Ken Livingstone.

Theatrics aside, Venezuela has undertaken serious moves on the international stage. The most important and far-reaching, both in terms of Venezuela’s global outreach and the reaction it elicits from the US government, has been Caracas’s alliance with the Islamic Republic of Iran.

Originating in the close personal bond between former Iranian president Mahmoud Ahmadinejad and Hugo Chavez, the embryonic Iranian-Venezuelan alliance has persisted to this day (albeit at a less dramatic level), thus allowing Iran to establish a firm foothold in Venezuela. This is in keeping with the broader Iranian policy of penetrating Latin America with a view to achieving strategic parity with the United States.

By developing strong ties to countries like Iran and China, Venezuela both improves its global standing and simultaneously acquires an insurance policy against American threats to overthrow the Bolivarian revolution.

In conclusion, whilst Venezuela has failed to achieve its core foreign policy objective of creating a united Latin American front, nevertheless it has successfully raised its international profile by developing sustainable ties with major non-Western powers like China and Iran. 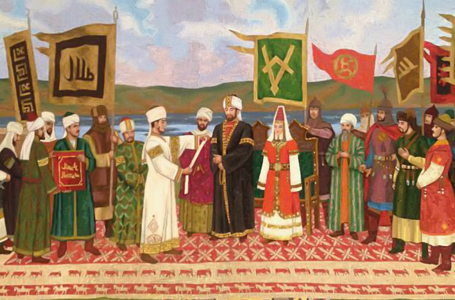 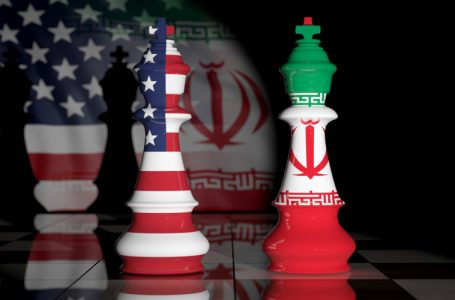 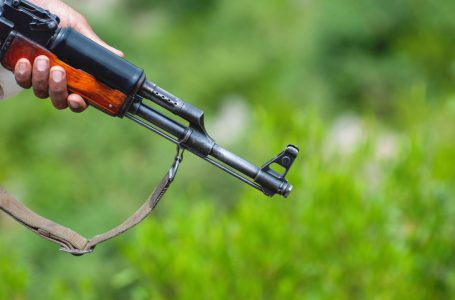 The Taliban is taking advantage of the...