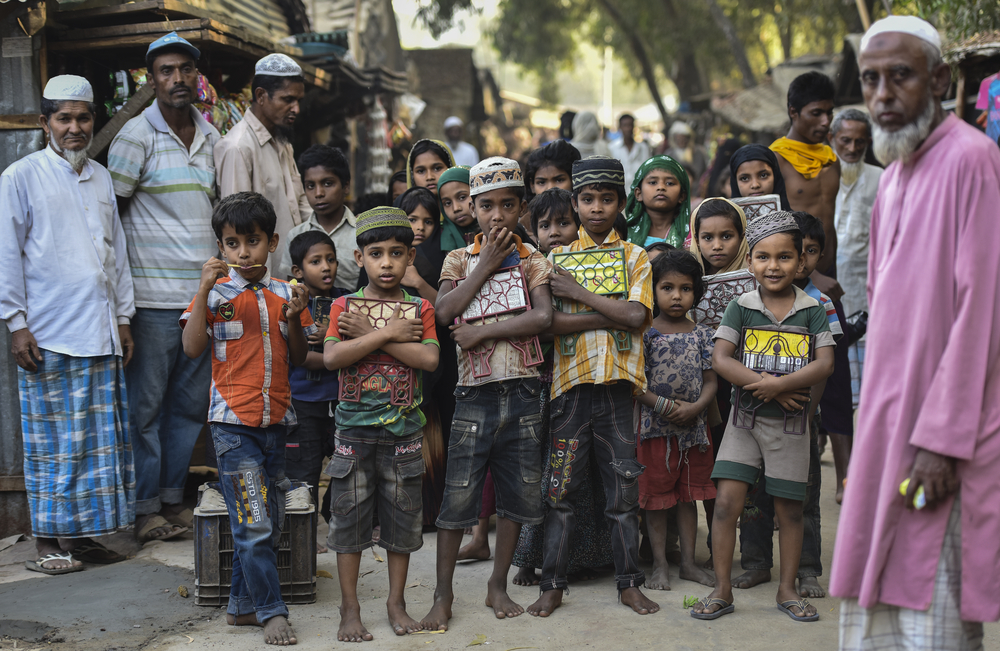 UN urged to act against Myanmar’s latest oppression of civilians

Amnesty International has called on the United Nations Security Council to take urgent action against Myanmar before the International Criminal Court, amid mounting evidence of military abuses, including indiscriminate firing at civilians in the continuing conflict with armed Arakan rebels.

In a report released on Monday, Amnesty said that first-hand testimony, photographs and video evidence obtained by the group show the Myanmar military’s “utter disregard for civilian suffering” in areas at the epicentre of the fighting. These ciilian areas are largely populated by Rohingya Muslims who have been systematically oppressed by the Myanmar government for many years.

“There are no signs of the conflict between the Arakan Army and the Myanmar military abating – and civilians continue to bear the brunt,” said Ming Yu Hah, Amnesty International’s Deputy Regional Director for Campaigns.

Ming Yu Nah said the violations were growing “more shocking and brazen by the day”.

Several incidents involving civilians injured or killed by landmines and bombardments have been reported in Chin and Rakhine states in recent weeks.

Myanmar’s armed forces, also known as the Tatmadaw, have been battling the Arakan Army, a rebel group seeking greater autonomy for the country’s western region, including Rakhine and Chin states.

Rakhine is also home to tens of thousands of mostly Muslim Rohingya, many of whom were forced to flee to Bangladesh after a separate military crackdown in 2017.

Myanmar’s oppression of the Rohingya Muslim

New evidence has surfaced showing the scale of the oppression of the Rohingya Muslims by the Myanmar government. Rohingya Muslims held in open-air detention camps in Myanmar’s Rakhine State since 2012 have been subjected to “institutional oppressions” and “grave rights violations,” according to a new report by an international rights group.

About 130,000 Rohingya Muslims have been confined to the camps since being displaced in a 2012 campaign of ethnic cleansing by Myanmar’s military, the Human Rights Watch (HRW) said in a statement on Saturday.

It said the Myanmar government has created “squalid and oppressive conditions” for the Rohingya refugees that “amount to the crimes against humanity of apartheid, persecution, and severe deprivation of liberty.” The 169-page report, “‘An Open Prison without End’: Myanmar’s Mass Detention of Rohingya in Rakhine State,” documents the inhuman conditions in the 24 camps and camp-like settings in central Rakhine State. Severe limitations on livelihoods, movement, education, health care, and adequate food and shelter have been compounded by widening constraints on humanitarian aid, which Rohingya depend on for survival.

These conditions have increasingly threatened Rohingya’s right to life and other basic rights. Camp detainees face higher rates of malnutrition, waterborne illnesses, and child and maternal mortality than their ethnic Rakhine neighbors. Accounts of preventable deaths were common. “The camp is not a livable place for us,” a Rohingya man told Human Rights Watch.

What has been done?

The Rohingya, described by the UN as the world’s most persecuted people, have faced heightened fears of attack since dozens were killed in communal violence in 2012. According to Amnesty International, more than 750,000 Rohingya refugees, mostly women and children, fled Myanmar and crossed into Bangladesh after Myanmar forces launched a crackdown on the minority Muslim community in August 2017, pushing the number of persecuted people in Bangladesh above 1.2 million.

Since Aug. 25, 2017, nearly 24,000 Rohingya Muslims have been killed by Myanmar’s state forces, according to a report by the Ontario International Development Agency (OIDA). More than 34,000 Rohingya were also thrown into fires while over 114,000 others were beaten, said the OIDA report, titled Forced Migration of Rohingya: The Untold Experience. As many as 18,000 Rohingya women and girls were raped by Myanmar’s army and police and over 115,000 Rohingya homes burned down, while 113,000 others vandalized, it added.

So far, limited action has taken place from the international scene. UN High Commissioner for Human Rights Michele Bachelet says the Rohingya and other minorities are increasingly victimized by the armed conflict in Rakhine and Chin States.  She says civilians are subject to disappearances and extra-judicial killings, arbitrary arrests, torture and deaths in custody. Yet no significant action has been taken.

Bangladesh is hosting more than one million Rohingya, a mainly Muslim minority community who are stateless, most of whom fled following a wave of violence in Myanmar’s Rakhine state in 2017.

“More than three years have elapsed. Regrettably, not a single Rohingya could be repatriated. The problem was created by Myanmar, and its solution must be found in Myanmar. I request the international community to play a more effective role for a solution to the crisis,” Prime Minister Sheikh Hasina said in a pre-recorded speech to the UN General Assembly on Saturday.

Will the latest shocking reports finally awaken the international community? Or will the oppression of the Rohingya population continue without any significant external pressure?